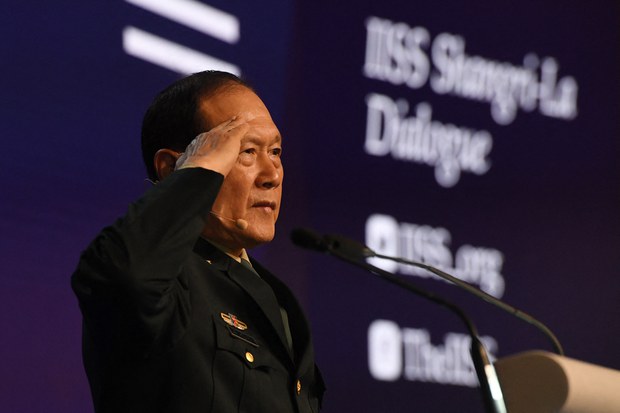 On 12 June, Chinese Defence Minister Wei Fenghe spoke at the 19th Shangri-La Dialogue in Singapore on the topic "China's Vision for Regional Order". This summit was interrupted for two years because of the pandemic and it has been instrumental and influential in discussing peace and stability in the Asia-Pacific region.

Wei made harsh remarks based on the US Indo-Pacific strategy, which he described as an attempt to form a bloc to contain China, and echoed previous comments made by former US Defence Secretary Lloyd James Austin, stating that China firmly rejects the US accusations and threats.

In his keynote address on Saturday, Austin said China had taken a "more coercive and aggressive approach" to territorial claims and that Beijing's moves "threaten to undermine the security, stability, and prosperity of the Indo-Pacific region."

In his speech, Wei pointed out that human society is experiencing multiple crises unprecedented in history and that the way out lies in upholding and practising multilateralism and promoting the building of a community of human destiny.

Referring to the US and its foreign policy, Wei demanded that the US side stop smearing and containing China, stop interfering in China's internal affairs and stop undermining China's interests. According to him, China's development is not a threat, but a significant contribution to world peace and development.

In addition, the Chinese Defence Minister used strong language when talking about Taiwan, insisting that "Taiwan is first and foremost China's Taiwan."

He stressed that the issue of Taiwan is an internal affair of China and that the reunification of the motherland is an absolute must, that the secession of "Taiwan independence" will never end well, and that China will never let foreign forces interfere.

On 1 August this year, the 95th anniversary of the founding of the Chinese People's Liberation Army (PLA), the Chinese Defence Minister devoted his speech to the PLA, which he called a "force for peace."

Wei added that peace and reunification are the greatest aspirations of the Chinese people", Wei added, demonstrating China's willingness to do its utmost. If anyone dares to split Taiwan from China, China will not hesitate to fight, no matter the cost. And he stressed that no one should underestimate the determination and strong capability of the Chinese army.

Wei also expressed China's views in light of the Ukraine crisis. He suggested that China supports Russia and Ukraine to solve the problem through negotiations, but stressed that China has never provided any material support to Russia.

The commentator in the news pointed out that although there is a consensus between the two militaries, the top brass of China and the US continue to maintain strategic communication, manage differences and avoid conflict and confrontation. However, it is still essential to be prepared for the "inconsistent language and action" style of the US side.