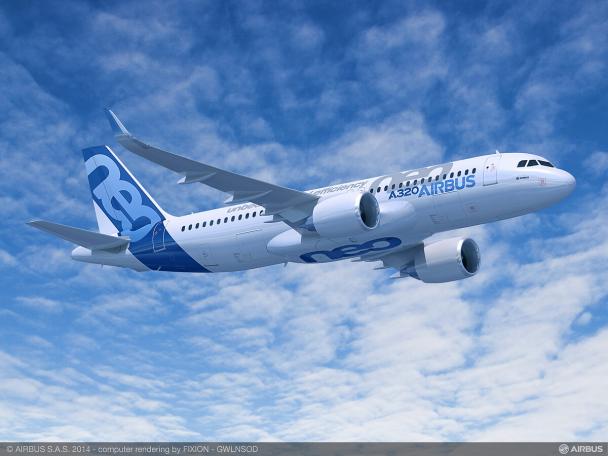 Three Chinese nation-owned airline companies, China Southern Airline, China Eastern Airline, and Air China recently reached an over-$37 billion deal with Airbus, the largest deal in Airbus’ history after it enters the Chinese market. 292 Airbus’ latest A320 Neo will be delivered to China in the next decade. Meanwhile, Boeing got 0 new orders from the Chinese market.

As the world’s second-largest aviation market, the deal is doubtlessly a heart-strengthening shot for Airbus as well as a positive signal for the revival of the global aviation industry. Both Airbus and Boeing are expecting this date comes, but this time Airbus wins.

“These new orders demonstrate our customers’ strong confidence in Airbus. It is also a strong endorsement by our airline customers in China of the performance, quality, fuel efficiency, and sustainability of the world’s leading single-aisle aircraft family,” said Christian Scherer, Airbus Chief Commercial Officer and Head of International.

In contrast, Boeing bemoaned its home country’s trade war with China for bruising its business prospects.

“As a top U.S. exporter with a 50-year relationship with China’s aviation industry, it is disappointing that geopolitical differences continue to constrain U.S. aircraft exports,” a Boeing spokesperson said Friday in a statement.

Boeing and Airbus are the largest competitors each other. While they are competing across the globe, they have their own home fields. In the European markets, Boeing takes only about 20% market share. On the other hand, Airbus is never the top choice of North American airline companies.

Hence, winning the market outside of North America and Europe is the key for both of them. China, the world’s second-largest aviation market, naturally becomes the major battlefield.

Richard Aboulafia, an analyst from the U.S.-based aviation consulting company AeroDynamic Advisory, told the Chinese media that Airbus has long been using the strategy of prioritizing Chinese orders to squeeze Boeing’s share in the global market. “The Chinese are preparing for a comeback just like you’re seeing in the rest of the world, and it’s pretty clear the U.S. is at a disadvantage.”

Some aviation industry insiders believe this is a fiasco for Boeing. “This is China sending a sign, and it hurts Boeing terribly,” said George Ferguson, an analyst with Bloomberg Intelligence.

The worse thing is Boeing is storing around 150 jets that it built but never delivered to China, most of them 737 MAX models. Restarting those handovers would generate cash badly needed to pay down its $58 billion debt. Those deliveries also would help make the case to speed Boeing’s 737 production, Ferguson said.

On the contrary, the historical deal with China makes Europeans feel a bit relieved as the Russia-Ukraine War is causing the soaring energy price and simmering unemployment wave. An Airbus plane contains parts from all the EU states. 293 new planes mean hundreds of companies across the EU can survive in this cold winter.

Besides, the EU keeps relatively silent when the U.S. is warning China not to help Russia to evade the sanctions. Several EU senior officials have shown kindness to the Chinese government, hoping it can increase imports and be the negotiator between Moscow and Kiev.

Whereas Boeing can only watch as Airbus celebrates an order bonanza for now, it says it will not stop lobbying the U.S. government to improve the relationship with the Chinese government.

“We continue to urge a productive dialogue between the governments given the mutual economic benefits of a thriving aviation industry,” the Boeing spokesperson said. “Boeing aircraft sales to China historically support tens of thousands of American jobs, and we are hopeful orders and deliveries will resume promptly.”

Despite some Chinese airline companies prefer either a Boeing-dominant fleet or an Airbus-dominant fleet, the Chinese government has traditionally carefully balanced deals between the aerospace duopoly in order to maintain maximum leverage. The government, which oversees such purchases, tends to reveal them in carefully timed events--like state visits--to punctuate its policies on trade.

When Xi Jinping visited Boeing’s factory in Seattle in 2015, he promised in front of Barack Obama, the CEO of Boeing, and over 600 Boeing workers 300 new planes.

Boeing also gave a positive signal back to China. The CEO of Boeing Ray Conner defended its choice of setting Boeing’s first overseas center in China, despite the disagreements from the board of trustees.

Nonetheless, it will be unfair for both if one says Boeing’s fiasco and Airbus’ victory are pure because of geopolitics. In other words, even if there is no political tension between the American and Chinese governments, Boeing is still very likely to be left behind by Airbus in the Chinese market.

In the first place, Boeing is still inflicted with the 737 MAX scandals. From its first crash in Indonesia in 2019 to the horrendous crash in Ethiopia in 2020, from the documentary Downfall: The Case Against Boeing to Boeing’s leaked documents, Boeing’s safety promise is now on the verge of bankruptcy.

In many senses, 737 Max is a hasty response to Airbus’ years of preparation for A320 Neo. The latter is Airbus’ latest mid-range narrowbody aircraft, being famous for its high technology and environmentally friendly building process. But for airline companies, fuel efficacy is the largest concern. According to the data from Airbus Group, A320 Neo can save about eight percent of fuel compared with Boeing’s same-level plane under the same flight conditions. Boeing claimed that 737 Max can save about 0.6 percent more fuel than A320 NEO.

Boeing has spent a whole bunch of time and money improving the plane and pushing it to fly again. Until 2021, 737 Max finally got the certificate of the EU and flew again in the sky other than the United States. However, it is still being reviewed by the Chinese aviation authority now.

Except for the serious safety concerns caused by scandals. Boeing may also have a business strategic failure in the Chinese market. After years of discussion in the board of trustees, Boeing finally decided to set a center in Zhoushan, China in 2018, roughly four years after Airbus and three years after Embraer. This makes Boeing’s products more expensive than Airbus and Embraer.

Xiaojin Li, the Director of the Institute of Aviation Economy at the Civil Aviation University of China, told privately to Chinese media that Airbus offers more attractive discounts for customers with large orders, and that is one of the important reasons for the collective decision from the three Chinese state-owned airline companies.