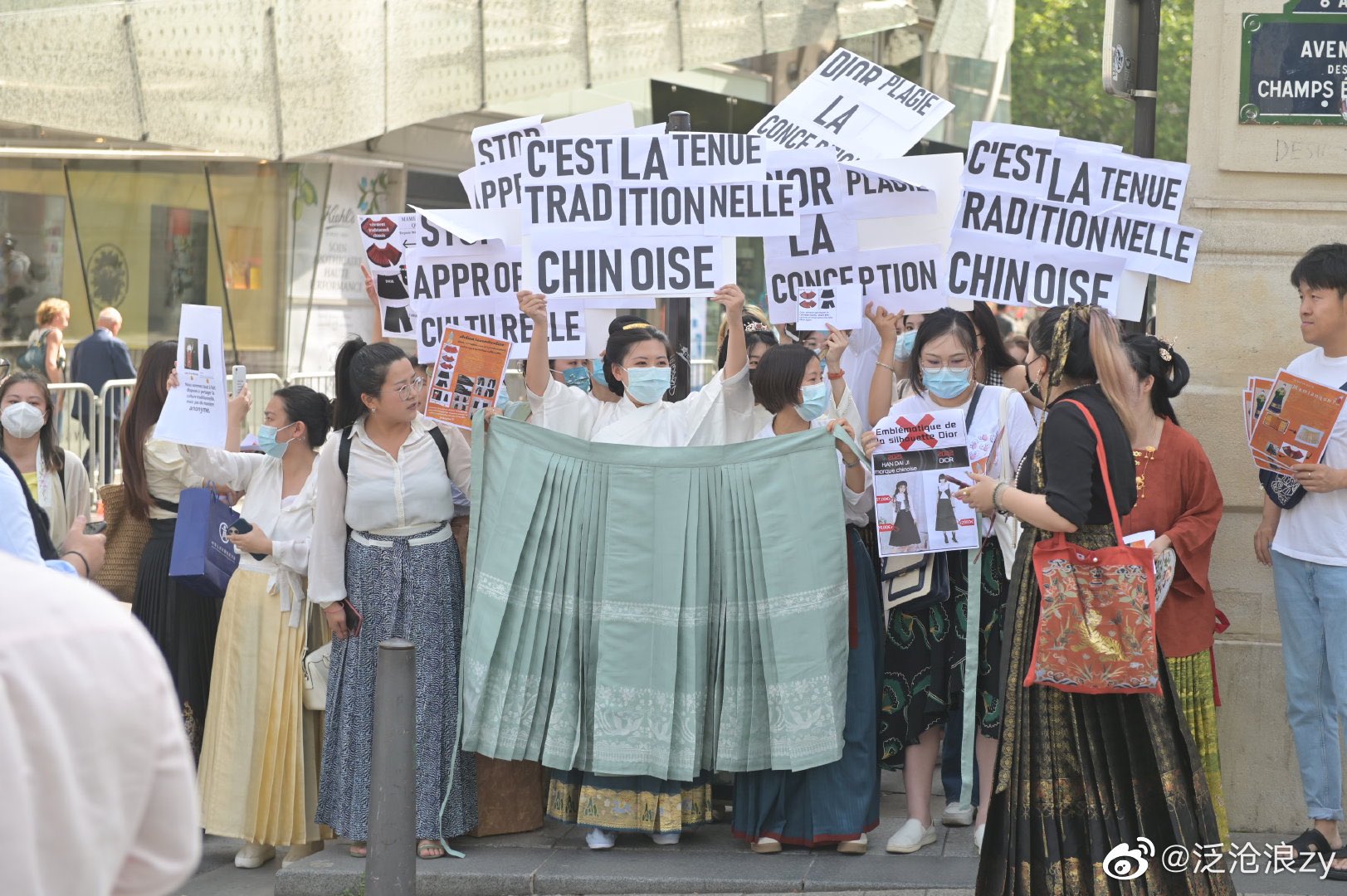 On July 23, dozens of Chinese students in Paris took it to the storefronts of Dior on the Champs-Élysées to protest the recent controversy over Dior's alleged cultural appropriation of traditional Chinese clothing. The students were dressed in traditional Chinese garments, Han Fu, whilst holding posters asking Dior to "Stop cultural appropriation" and claiming that "Dior stole the design." The protest has garnered over 17 million views on Chinese social media, Weibo.

The controversy started when Dior released its 2022 fall collection, which featured the skirt and sold for $3,800. Dior claims that school uniforms and claims inspired the dress and coined it as "a hallmark Dior silhouette". However, Chinese students and netizens claim that the skirt was inspired by the Chinese garment Ma Mian Qun which was popularised in the Ming dynasty. The Ma Mian Qun is a traditional skirt that Han Chinese women popularly wore. It originated during the Song and Liao dynasties and quickly became popular due to its practicality and functionality during the Yuan, Ming and Qing dynasties. The Ma Mian Qun comprises two pieces of fabric that overlap and wrap around the lower body. The skirt's front and back have straight panels and are decorated with pleated side panels. The opening at the front and the back makes it easier for horseback riding. Ma Mian Qun came back in the 21st century when Hanfu regained popularity in China. 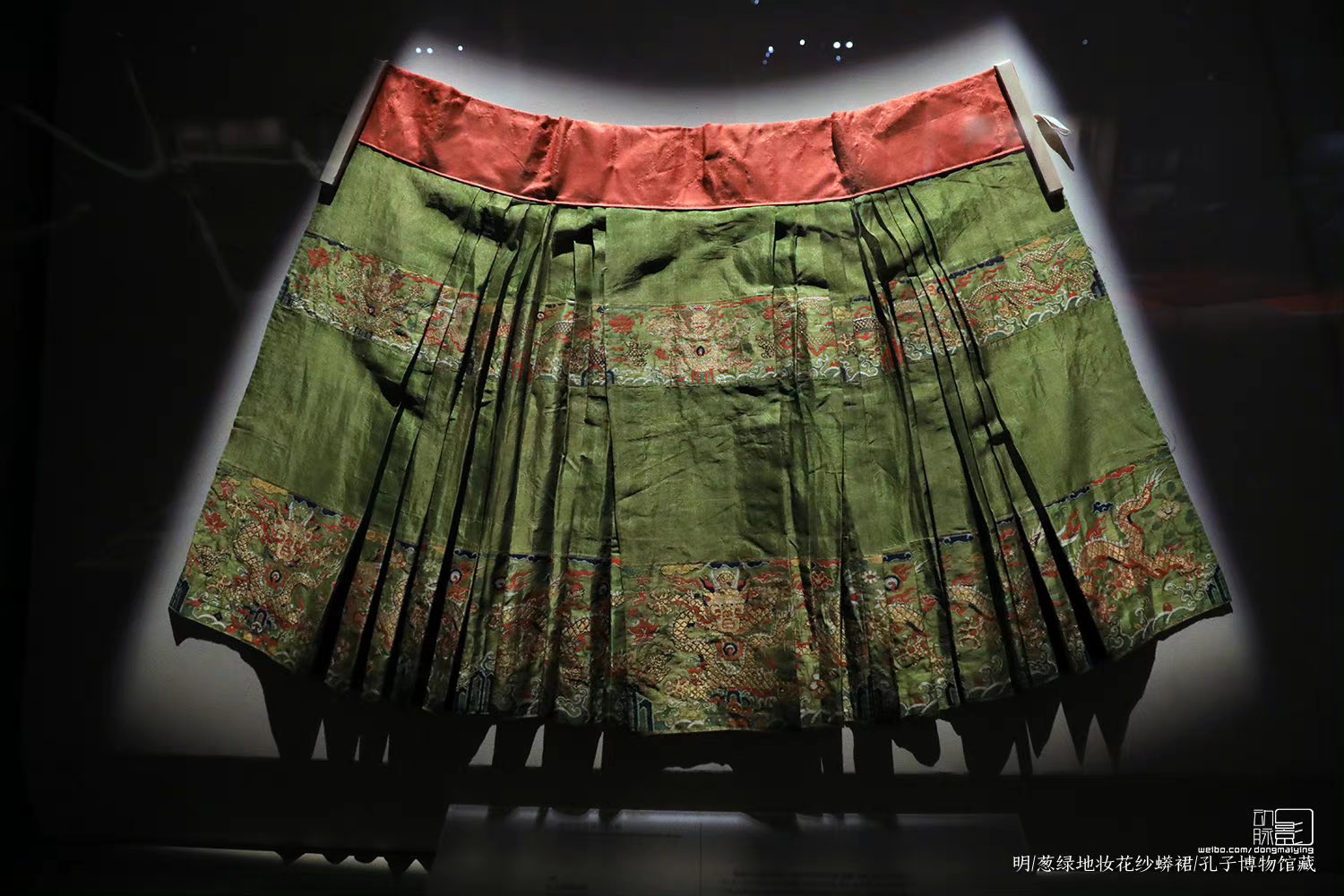 Shiyin, a famous Chinese influencer who regularly discusses traditional Chinese garments on her youtube channel, expressed her opinions on the matter. Shiyin claims that Dior's designs cannot be considered plagiarisation of the skirt as copyright laws do not protect Ma Mian Qun. However, she believes that claiming the dress a "hallmark Dior silhouette", and the lack of recognition of its Chinese origins makes it cultural appropriation. Shiyin also expressed concerns on her Weibo over the price point of the skirt regarding cultural appropriation. "The issue is not that Dior sells Ma Mian Qun at 29,000RMB, but the price usually reflects original designs. If they are appropriating others without clarification, there is no difference between Dior's skirt and those sold on Taobao, which I would not be willing to pay more than 29RMB for."

The Global Times article also mentioned the concerns of Hanfu lovers. Many are afraid that with Dior's influence, the Dior skirt would be deemed the original design, with the Chinese Ma Mian Qun being a fake or 'copycat' of Dior by those unfamiliar with Chinese culture. 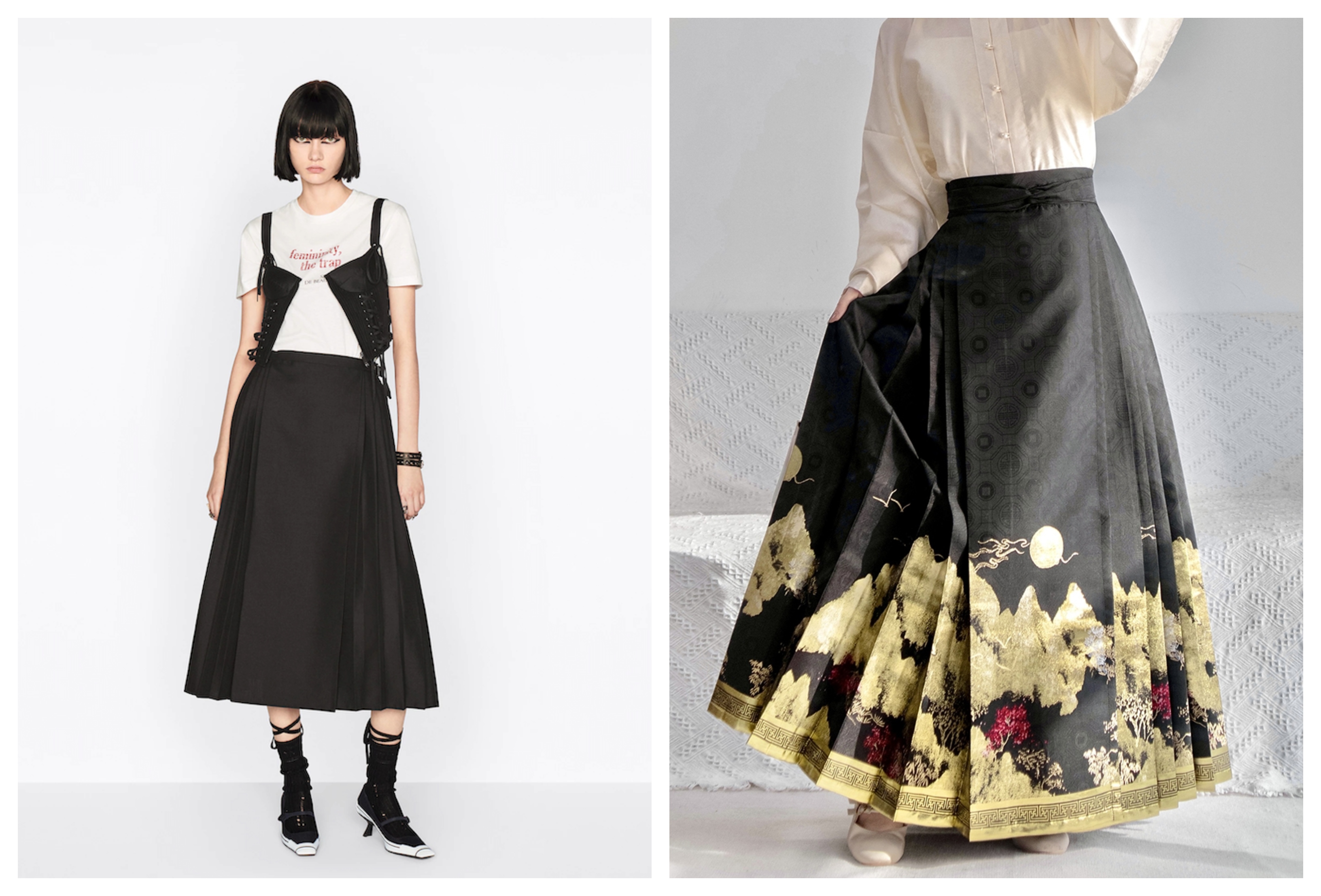 After the controversy, the skirt was quickly removed from Dior's Chinese website but is still available and sold on other countries' websites. Dior has yet to apologise or respond to the controversy despite its Instagram comments being flooded by netizens demanding an apology.