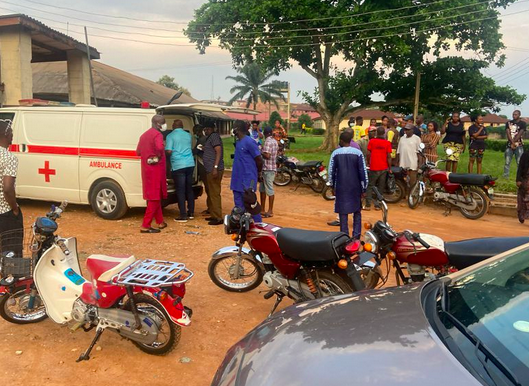 On Sunday, June 5, unknown gunmen, disguised as congregants, attacked worshippers at St. Francis Catholic Church, southwestern Nigeria of Owo state. A service was being held for Pentecost Sunday, a christian holiday that is celebrated 50 days after Easter. The gunmen came around 11.30am, in motorcycles and started shooting sporadically. Residents told Amnesty International that this lasted for about 15 minutes, and there was no immediate response from security forces.

Abayomi, a witness, says at least 20 people had died, including women and children, with several others critically injured.

“They shot people outside and inside the church building,” said Funmilayo Ibukun Odunlami, a police spokesperson from Ondo state. But Reuter news revealed that “50 bodies had been taken to two hospitals in the town.” The State Governor visited the scene and the people injured in hospital, and described this incident as a ‘great massacre,’ that should not be allowed to happen.

This attack has now been labelled as a ‘Black Sunday’ in Owo, by the governor, Rotimi Akeredolu. He described it as a vile and satanic attack on peace-loving people of the Owo kingdom, who have had relative peace over the years. The attack is a wake-up call to the authorities to should make sure these perpetrators face justice.

Akeredolu has urged people not to take the law into their own hands and that they would “commit every available source to hunt down these assailants and make them pay.” He has assured that more security would be deployed to restore normalcy in the Owo kingdom.

President Buhari, who is in his final year of presidency, has been criticised for failing his country in terms of security. People across the country are worried over his inability to tackle the increasing levels of disturbance. He mentioned that “no matter what, this country shall never give in to evil and wicked people.”

Under the International Human Rights law, Nigeria has a duty to protect the right to life of its people, and this attack shows an utter disregard for that. This happened a week after another church attack, when CNN reported 31 people to have been killed, and several injured during a stampede at an event in the southeastern city of Port Harcourt.