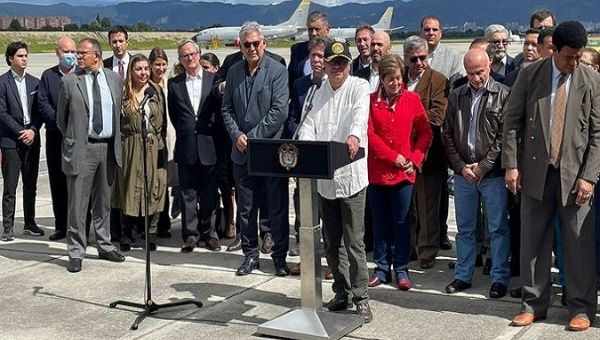 Since the late 1980s, Colombia’s economy has been facing the issue of rampant inflation, devaluing the Colombian pesos, decreasing purchasing power, and skyrocketing the prices of various necessities to at-times unaffordable levels. It is an issue that the Colombian government continues to address. In this circumstance, they have taken another step to relieve this issue by increasing the monthly minimum wage by 16 percent. The minimum monthly salary of 16 percent will increase to around 1.16 million pesos a month, a rise of 160,000 pesos by 2023.

Consequently, as a response to this matter of problematic inflation confronting Colombia (in particular, which had a yearly increase in inflation of 12.5 percent), the decision was agreed upon by various businesses, unions, and government officials in the hopes of restoring Colombia’s economic growth. A Reuters article published on the matter noted that President Gustavo Petro hopes that this wage increase would not only lead to a rise in economic productivity within the country but also reinvigorate economic expansion through domestic demand.

Before the decision, discussions were held regarding increasing wages between businesses and worker unions. The various parties have generally agreed that the wage increase must be higher than the inflation rate at the end of the year.

In turn, according to a Telesur article published, employers proposed an increase in wages of around 13 and 15 percent, while labor unions proposed a rise between 15 and 20 percent. These sessions surrounding minimum wages were held at the beginning of December fifth, with the deadline to reach the agreement being December 30th, 2022. Ultimately, the decision to increase the minimum monthly salary by 16 percent was decided.

Since inflation became an issue in the 1980s, it has been standard for the Colombian government to combat this issue by increasing the minimum wages, albeit in infrequent measures. Based on a chart from the Statistica Research Department shows that wages have continued to grow throughout the years, In particular, in 2021, a law was passed that increased the wages from 908,526 Colombian pesos to approximately 1,000,000 Colombian pesos, ultimately amounting to a ten percent increase in wages.

As such, it is made very evident that the government has increased the minimum wage even early on to reinvigorate the economy as a means to address the menace of rampant inflation plaguing the country. However, with this current increase to minimum wage by sixteen percent, the government hopes that it will lead to a rise in the country’s GDP. Information from the International Monetary Fund on Colombia listed that with the higher minimum wage, the projected GDP of Colombia will be around an 8 percent increase through economic growth.

However, some remain skeptical of such growth arguing that raising minimum wages will lead to job losses and even contribute towards inflation, potentially undermining its intended purpose.

Nevertheless, the effectiveness of this decision will ultimately rest upon the country’s inflation, which has shown no signs of slowing down.