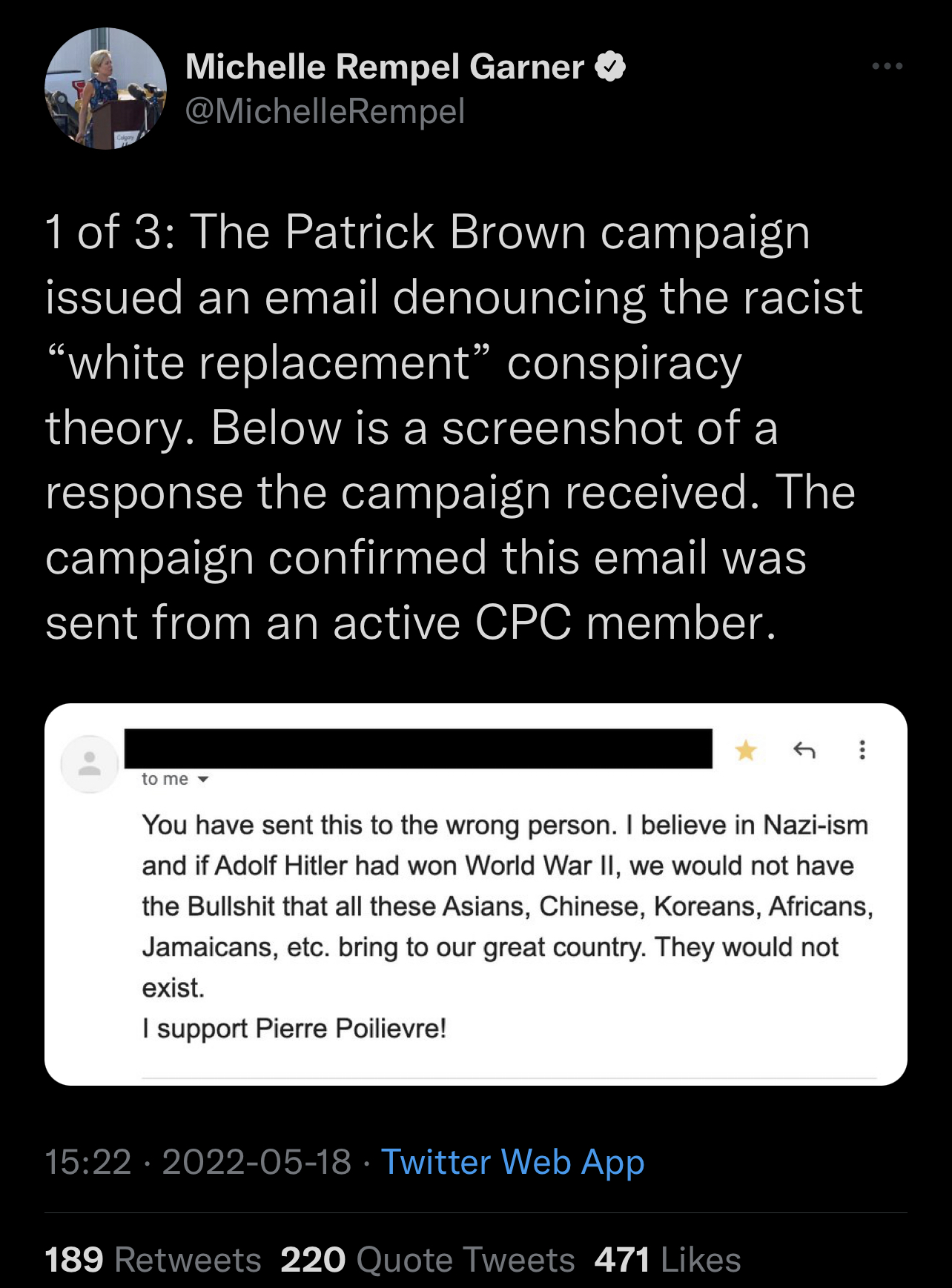 With the upcoming provincial elections in Ontario, several discoveries have been brought to light. Currently, in Ottawa, the Conservative Party of Canada(CPC) is examining the claims made by Michelle Rempel Garner, a member of Patrick Brown’s leadership campaign. Earlier today, Michelle created a thread of tweets on Twitter complaining and bringing attention to a racist email she received from presumably an active member of the Conservative Party of Canada (CPC).

In the thread on Twitter, Michelle reveals that she sent the email to CPC’s executive director in hopes that the sender is found and their membership in the party is cancelled. The CPC soon made a statement on Twitter, condemning every form of racism and announcing that they would be investigating to find out who sent the email and that the culprit would be expelled from the party after they are apprehended.

Pierre sent a statement to CBC News concerning the email that Michelle received. In that statement, he denounces every form of racism stated in the email and he claims that whoever has those beliefs and ideologies should not vote for him. Additionally, Pierre affirms they should not vote for him because he does not support those beliefs and does not need the vote of a person who has those beliefs. In his statement, he expressed support for the notion of the culprit being expelled from the party. He stated that both he and the CPC do not support the racist beliefs expressed in that email.

Furthermore, he mentioned that these racist beliefs fueled the unfortunate and deadly attack on Black people at a supermarket in Buffalo, New York, where a white gunman committed a hate crime and killed 10. This attack was fuelled with hatred and the white replacement theory was another driving force behind this attack.