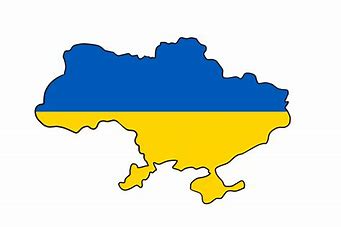 It is no news flash that Russia has gone to war with Ukraine for territorial reasons, citing that they have a national right to the recently freed state. However, a missile strike on a mall within Ukraine went viral recently in the last couple of days because the horror-stricken Ukrainian citizens' reactions were caught on camera and then shared on Facebook.

In a park in the middle of the Ukrainian city Kremenchuk, locals were seen screaming, running, and hiding after the shock wave of a Russian missile strike on a local shopping center hit them. First, the footage shows the loud explosion of air, fire, and fury, and then it shows random citizens running behind trees or fleeing for their lives because they're still unsure whether their location will be hit next. However, the saddest part of the viral video is the few parents that grab their children or jump on top of them to protect them from the blast. This display makes it sink in how terrifying it must be to live in an active war zone.

There is still no resolution, no peaceful end to the conflict, or light at the end of the tunnel. Sadly, Russia still claims Ukraine, and their president (Vladimir Putin) is still pushing for further damages. However, other states and nations have issued their form of retaliation by placing embargoes and restrictions on Russia. For instance, one of the biggest employers and businesses in the United States, McDonald's, has already completely pulled out of the eastern state. However, it is still yet to be seen if this will pressure them to yield their conquest of Ukraine and leave peacefully.

To further delve into the precarious relationship between Russia and Ukraine: the two states have continued to conflict. Both sides are going to arms with one another. This isn't to say that Russia isn't at fault, for they hold the majority of power and started the conflict, but this does not mean that it is okay for other states to retaliate. This is because of the tricky situation that is world politics, for one wrong declaration of war could lead to another, and just like in 1913, there would be a world war. This is to say that the political game between the different actors at work is risky.

In conclusion, the strife of the Ukrainian people because of the invading Russian forces continues to this day. Moreover, the recent bombing caught on camera displays just how traumatic and dangerous it is to live in the state right now. It might seem impossible for anyone to help in the cause because you might live in a far away country or you don't think your voice matters, but the complete opposite is true. Even if you have the smallest voice, it is still worth using to help those in need of safety during this terrifying time within Ukraine. Also, you can always donate to your local organizations and institutions that give/send aid to Ukraine.