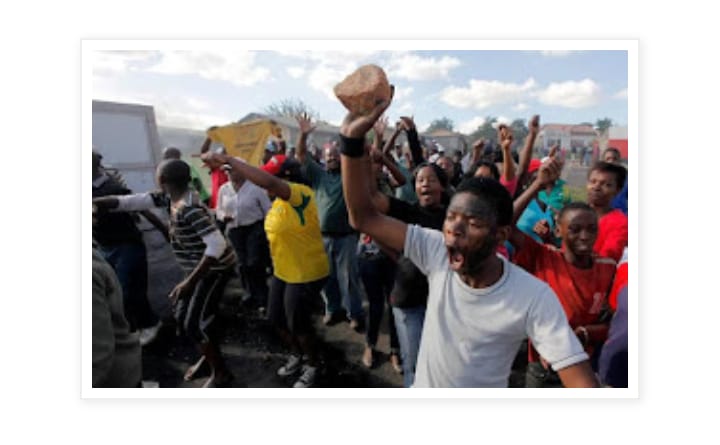 Over the years, corruption has become a habit in South Africa's local municipalities. Corruption is best defined as a form of dishonesty or a criminal offence undertaken by a person or an organization entrusted with a position of authority, to acquire illicit benefit or abuse power for one’s private gain.

Revenue Loss of the Country’s Municipalities

It has been revealed that the country's local municipalities had lost a mammoth R32.6 billion as a result of corruption, a significant loss to the country’s funds. Local municipalities continue to waste billions of Rands (South African currency) through corruption and other related activities, as revealed by the Auditor General of South Africa, Kimi Makwetu. The Auditor General of South Africa (AGGA) said in his 2020 and 2021 Municipal Finance Management Act (MFMA) audit report that municipalities should question themselves on whether they are investing in qualitative and preventative measures to assist the management, in averting wasteful expenditures of funds which were meant to accelerate investments in poor, underserved communities.

One of the local municipalities in the country named the Dr J.S Moroka Local Municipality has been placed under the administration of the provincial government. It has been reported that the beleaguered municipality has not been fulfilling its constitutional mandate of serving its people. The funds are being mismanaged and that led to the premier Refilwe Mtshweni to announce that her government had involved section 139, which allows her to assume all responsibilities of the municipality. It’s a piece of law that gives the provincial government power to place any municipality under its control should that particular municipality fail to fulfil an executive obligation.

The Municipality's placement under administration is the result of failure to submit the legal documents or records of their work to upper structures, such as auditor general, parents municipality, provincial treasures etc., especially with regards to the issues of tender awarding. It has also not met its obligations to comply with circular 62 of the municipal financial management act that requires municipalities to develop an annual procurement plan. Municipality Infrastructure Grant (MIG) records also reveal that the municipality has recorded under-expenditure.

SUSPENSION OF COUNCILLORS IN MUNICIPALITIES

Since the placement of DR J.S Moroka Local Municipality under administration, the provincial government authorities have went on to suspend the municipal manager, Thami Kubheka for terminating some of the alleged dodgy contracts.

A letter of suspension was issued and signed by the Mayor, Thulare Madileng stating the immediate serving of the suspension while waiting for the response from the alleged in seven days.

Concerning the corruption, the Councillor allegedly clocked up more than 63,000 km (Traveling distance measured) in his official vehicle in a space of eight months and swiped more than R200,000 (South African currency) on the council's petrol card for fuel purposes.

Reasons behind Migration from Bihar