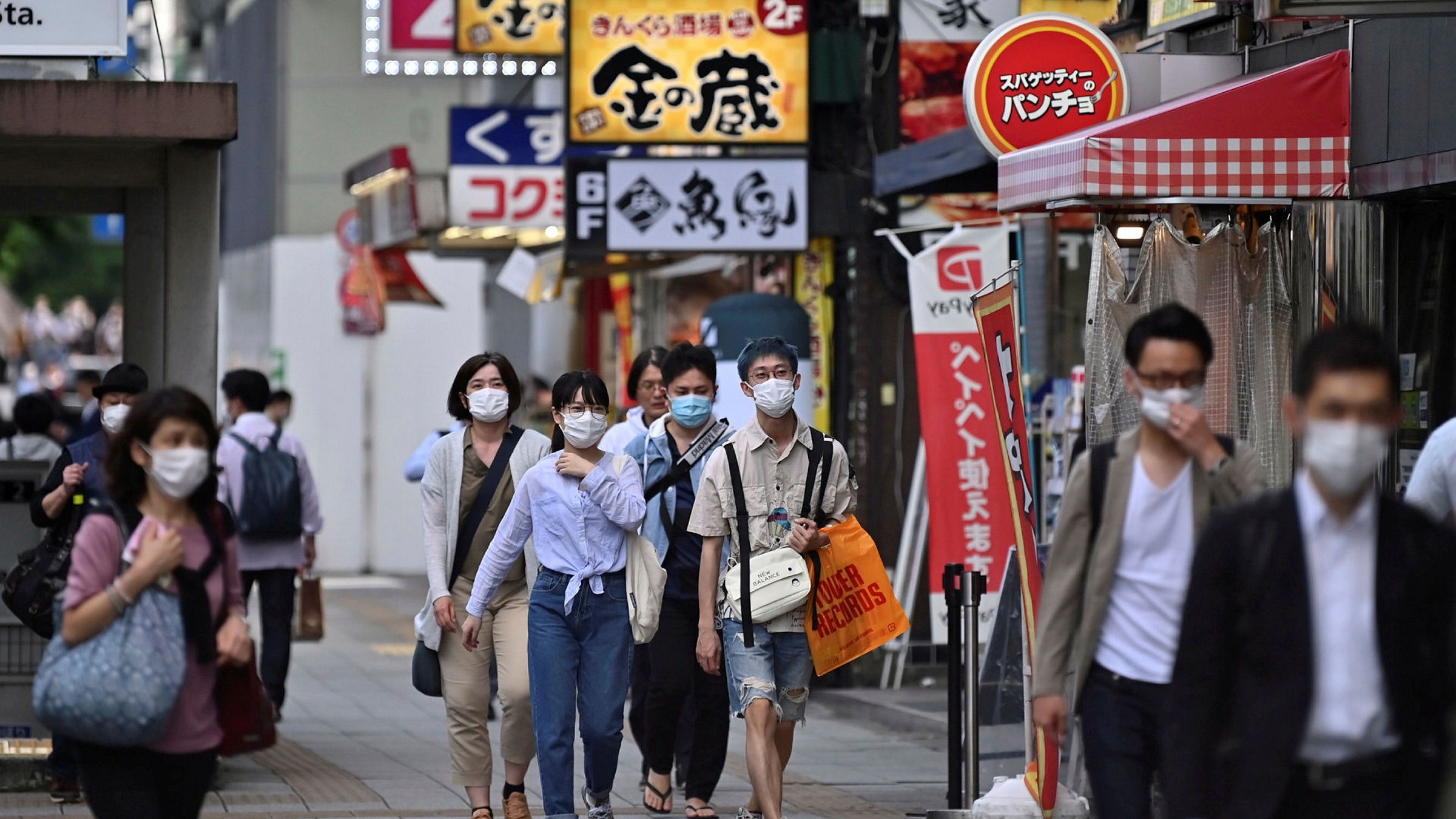 Lately, Japan has been undergoing a “fourth wave” of positive cases through April and May. They have been successfully beating Corona since the “first wave” due to their disciplined lives. But in the current wave, Japan is seeing an upsurge of 4,000 to 5,000 positive cases daily nationwide. These average numbers are much higher than what has been recorded during most of the pandemic.

Amid the recent surge, the third state of emergency has been issued for Tokyo, Osaka, Kyoto Hyogo, Aichi, Fukuoka, the prefectures of Hokkaido, Okinawa, Okayama and Hiroshima. The state has extended a complete lockdown till June 20th.

The government of Japan has approved the Pfizer-BioNTech Covid-19 vaccine to be used in Japan in February. They began giving this out to the senior citizens of the general population in April. Until then, only frontline workers were being vaccinated.  Suga, Prime Minister of Japan, has made an announcement that the government will be able to secure enough doses for the population by the end of September 2021.

Norihisa Tamura, Health, Labor and Welfare Minister also announced that vaccines will be available for all under the 60s from mid-June. But still, priority will be given to those with severe conditions.

The Japanese government has enacted a law to make Coronavirus vaccines free for all citizens. Several state-run vaccination centres for the masses have opened in May. Medically trained Self-Defence Forces (SDF) personnel will assist in delivering the vaccines. The current scenario is that these centres will be able to give vaccines to up to 10,000 people per day for several months.

Due to the surge of positive cases across the country, the government declared complete lockdown and following are the rules that have been issued which the general population needs to follow.


On March 20th, the government announced that the Olympics have been postponed and will begin in July. But international audiences will not be allowed to attend the games. Athletes have been asked to submit a 14-day travel plan before their stay. Also, a few new rules and guidelines have been issued which includes the encouragement of clapping instead of singing, chanting and making noise.

Amid the huge surge in cases, Japan’s economy is highly affected and deteriorating day by day. The economy diminished more than expected in the first quarter as a vaccination began. Export slowed down sharply and capital expenditure fell unexpectedly. The world’s third-largest economy is struggling big time.

The economy reduced by 5.1 percent annually in the first quarter, more than the prediction of 4.6 percent contraction and following an 11.6 percent jump in the previous quarter, according to the government data. It  mainly reduced due to a drop in private consumption as state emergency curbs to combat the covid-19 pandemic severely hit public expenditure for clothing and dining out.

Although, all the economists believe the government will compile an extra budget to support the country’s economy and60 percent are expecting it to raise before the end of the third quarter. However, consumer spending will remain low as the risk of a pandemic is increasing. Manufacturers will continue to struggle with weak demand, geopolitical risks and strong currency. The country’s economy will perhaps improve, but growth will probably be slow.

Japan has seen more than 700,000 cases since the pandemic began and over 12,000 people have died. For most of the part, day to day life in Japan has changed during the pandemic. Though shrines and temples have remained open throughout the outbreak, major tourist sites have been quieter across the country.

Restaurants have seen way fewer numbers of visitors and that too with restrictions. Few people are still commuting to work on public transport despite some efforts to normalise work from home. Businesses are generally operating during normal hours. Cases are surging mostly in urban areas, such as Osaka and Tokyo. Hospital beds are also running out. The country never had a lockdown since the beginning of the outbreak but now during the fourth wave, the country is fighting to beat the pandemic.