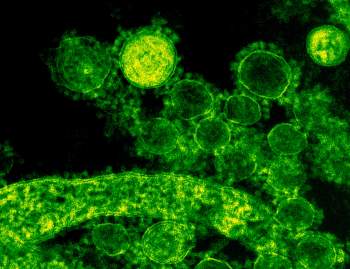 In 2020, Liz Marshall released her latest documentary, Meat The Future, laying out the birth of a new technological innovation that grows meat from stem cells instead of animals, reducing the need for industrial agriculture and ending animal slaughter (TIME 2022). Marshall narrates the story through Uma Valeti. The former Clinic-trained cardiologist from Vijayawada, India, runs Upside Foods, one of the leading cell-cultured meat companies in the world. The documentary focuses on Valeti's company's rise by showcasing positive advances along with his technology seeking to "grow real meat from animal cells, an endeavor known in some circles as the 'clean meat movement.'" (The New York Times 2022)

In 1931, Winston Churchill, in an article published by Strand Magazine, envisioned the world of 50 years later, writing about how we will avoid the absurdity of growing chicken to eat only the breast or the wing by growing these parts separately in a more suitable manner. In that piece, Fifty Years Hence, Churchill referenced, among other things, cultivated meat. He wrote, "New strains of microbes will be developed and made to do a great deal of our chemistry. With greater knowledge of hormones, i.e., the chemical messengers in our blood, it will be possible to control growth. [...] Synthetic food will, of course, also be used in the future".

But what exactly is lab-grown meat?

Lab-grown meat is identical to regular meat, but it is produced using animal cells rather than slaughtering methods. This approach differs from plant-based meat products such as Beyond Meat or Impossible Burger, which instead use plant proteins to create meat-like products (VOX 2020).

The concept of lab-grown meat emerged over the last two decades due to the discovery of cultured cells. The procedure begins with extracting small samples of cells from living muscles, which are harvested and cultured outside of the animal body. These grow and multiply, producing actual cells and tissues placed in bioreactors and bolstered with nutrients and oxygen, just like a real animal would.

These muscle cells bind together as they grow, forming solid structures of tissue layers bound together. Silvia Lazzari explains in a new episode of Food Stories on the platform Will (2022), "cells are stored in liquid nitrogen, a cooling fluid, and the reanimated from the freezing state." She adds: "instead of animal blood, there is a water-based blend that contains proteins, fats, vitamins, and minerals."

There are numerous benefits and drawbacks to Lab-grown meat. Cultivated meat could help improve food demands and environmental issues worldwide. As Bill Gates stated in a recent interview, the wealthiest countries in the world should shift to 100% synthetic beef to limit the human impact on climate change.

It could reduce animal suffering in meat production and cut greenhouse gas emissions by more than three quarters "and up to 90% of production-related consumption" (Lazzari's in Will 2022). Additionally, it could minimize certain risks associated with animal farming, such as bacterial contamination.

Despite these elements, we are still far from being able to produce large quantities, making this not a very sustainable path to pursue. Cultivated meat is both expensive and time-consuming.

For more than $375,000, Dr. Mark Post, a vascular biologist at the University of Maastricht, Netherlands, and his team created, over two years, the first cultivated beef burger. Although prices have since dropped, the cost of a burger still ranges around €10, making it a relatively upscale product.

Within this context, critical debates on cultivated meat have started to center on the question: would it not work better to stop eating meat or lessen its consumption rather than find new ways to produce it?

As a result, this popularity sometimes creates some uncertainty and skepticism. Consuming a sustainable amount does not necessarily imply innovation and forced growth but rather a personal and ethical responsibility stemming from social and cultural reasons.