In response to the recent 8th World Parliamentarians’ Conference on Tibet in Washington, D.C., the Dalai Lama reiterated in a video message that he did not seek independence for Tibet but emphasised the importance of preserving Tibetan culture and language. At the same time, the Tibetan government-in-exile met with US officials and stated that the goal was to resume “Tibet-China peace talks.”

Over 100 parliamentarians from 28 countries attended the conference. Speaker of the US House of Representatives Nancy Pelosi, Hollywood actor and President of the International Council of Tibetan Movements Richard Gere, and Tibetan Administration Central Secretary Bemba Tsering all attended. A member of Congress from Taiwan attended for the first time.

According to a video posted on the Dalai Lama’s official Youtube account on the evening of 22nd June, the Dalai Lama said in his message that Tibetans are a people of goodness and this goodness should not remain only in Tibet circles. 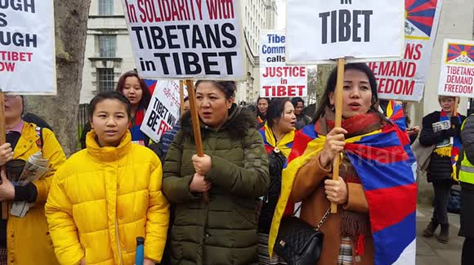 (A Tibetan protest march in London)

Regarding his political stance, the Dalai Lama reiterated that he did not seek independence for Tibet, but emphasised the importance of preserving Tibetan culture and language. He stated that “we Tibetans do not need to contradict China” and that “an increasing number of Chinese people are interested in Buddhism." He also highlighted that if Tibetan religion and culture are properly preserved and flourished, not only Tibetans but also Mongols and even Chinese will benefit.

According to the Tibetan government-in-official exile’s website, on June 21, Tibetan Secretary of State Penpa Tsering met with Uzra Zeya, the US Special Coordinator for Tibetan Issues, at the US State Department.

In an interview, the Deputy Speaker of the Tibetan Parliament, Drolma Tsering, said that the purpose of the meeting was to seek the support of the Special Coordinator for Tibet in “resuming peace talks and resolving the conflict between Tibet and China as soon as possible” through the “middle way” policy upheld by the Tibetan government in exile. But he also mentioned that the challenge was to call on like-minded countries to pass legislation to support Tibetan freedom unanimously. 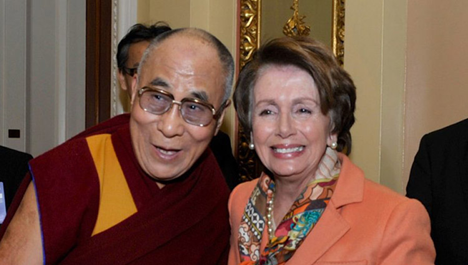 (The Dalai Lama met with the Speaker of the US House of Representatives, Nancy Pelosi.)

On the 22nd of June, the Tibetan government-in-official exile’s website also published a list of three Tibetan writers who had recently been arrested by the Chinese Communist Party. Lhunmu Gendun Lhundrup, Thubten Lodro, and Lhunmu Lhundrup are among them. The first two were accused of “inciting secession.” The first two were charged with “inciting secession” and sentenced to four years and six months in prison, respectively, while the latter was confirmed to be in a Chinese jail on unspecified charges.

The Tibetan government-in-exile calls on Beijing to immediately cease its policy of assimilation of Tibetan language and culture, to guarantee the basic human rights of the Tibetan people and their constitutional rights, and to immediately and unconditionally release all convicted Tibetan writers, intellectuals and religious leaders and unconditionally support and re-establish their rights to freedom of thought, conscience and expression.