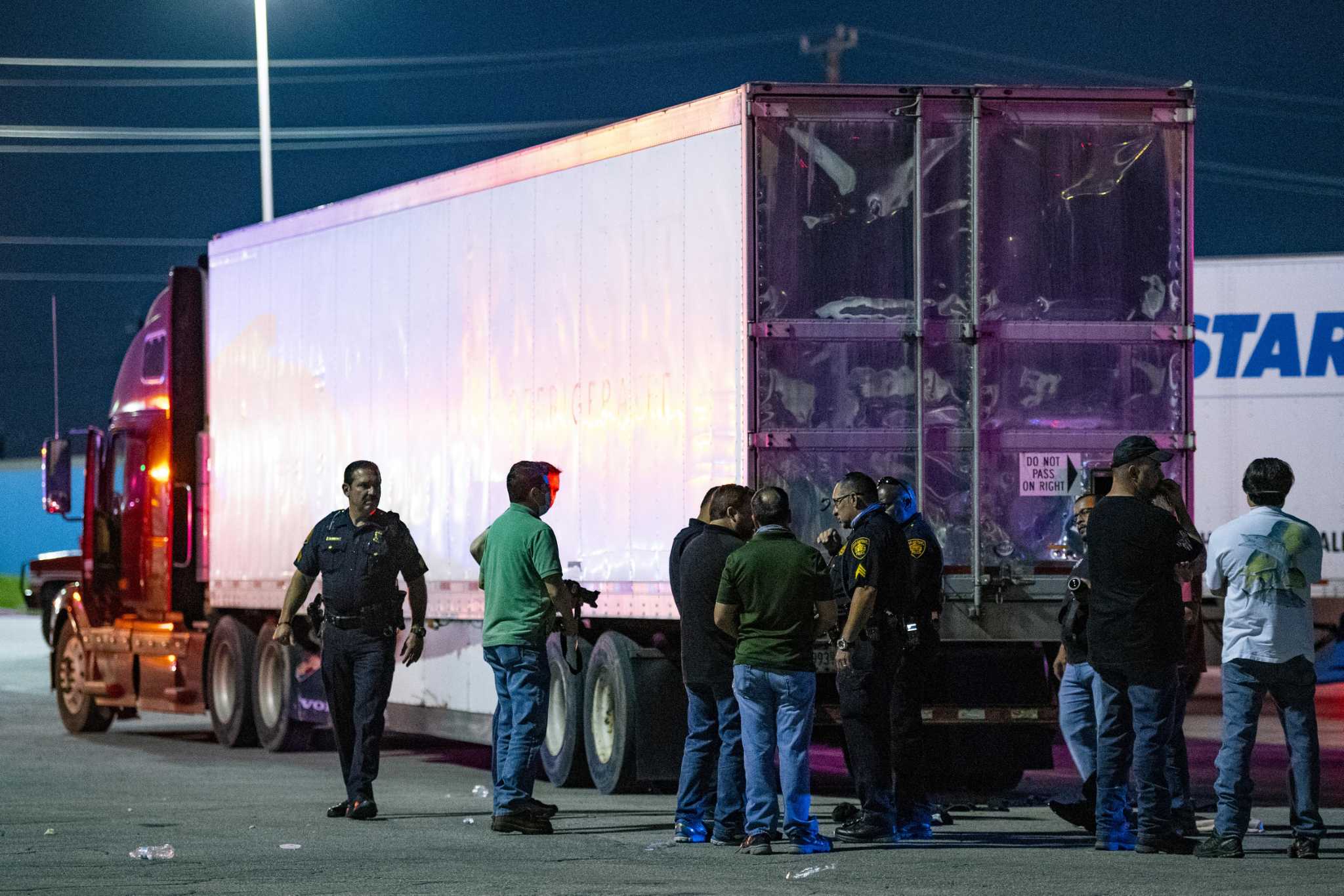 More than 50 migrants who were dead or dying were transported in a tractor-trailer that sped through an immigration checkpoint in San Antonio, Texas, without being examined. On Monday, at about 3 p.m., the vehicle sped by the checkpoint and headed north on Interstate 35. Additionally, the vehicle was able to bypass a Border Patrol station in the town of Cotulla that does not staff a highway stop.

Three hours later, the truck turned off onto a lonely road just off Interstate 35; by this time, the people in the back had either passed away or were fighting for their lives. A small girl climbed out of the truck and screamed for help.

Roberto Quintero, who saw the truck and dialed 911, told the New York Times, "I didn't get her name or bother to inquire where she came from." She simply continued clinging to my arms and yelling in Spanish, "Help me, help me."

Countless local hospitals are treating a number of the truck's occupants. Of the 73 passengers, at least 53 of them from Honduras, El Salvador, Mexico, and Guatemala died from heat stroke. The truck had no working cooling systems, and the day's high was over 100 degrees. It is unknown if federal investigators stopped the truck's driver for questioning or if the truck just passed the inland checkpoint.

This circumstance brings to light an older policy that calls into question the sufficiency of the 110 inland highway checkpoints that run between Canada and Mexico. The policy queries whether these checkpoints are sufficient to detect trucks and cars entering the United States unlawfully.

The U.S. Supreme Court declared in 1976 that Border Patrol officials may pull over automobiles for brief questioning without a warrant, even if there are no obvious indications that the drivers are attempting to smuggle individuals into the nation. Numerous immigration advocates have said as a result of this judgment that these checkpoints are perfect for racial profiling and authority abuse. Videos released by drivers on social media demonstrate these allegations of unreliable questioning.

The checkpoint in Laredo, Texas, where this particular truck drove through, is one of the busiest for truckers, suggesting the prospect of causing chaos if every vehicle is checked. Border Patrol has built the checkpoints as an imperfect but generally successful second barrier after the initial border.

Henry Cuellar, a U.S. Representative, passes this checkpoint once a week. Although it is unclear, he thinks the migrants got on the truck in or near Laredo. This claim is supported by Cuellar's observation that it is consistent with recent smuggling trends. At the moment, most migrants cross the border on foot and wait to be picked up and driven to the closest city by hiding in a home or a bush. It would appear from this remark that the truck was empty when it passed the checkpoint.

Jerry Robinette, a former special agent in charge for Homeland Security Investigations in San Antonio, said: "Just because it crossed past a Border Patrol checkpoint, doesn't mean it was loaded with aliens at that time. "We know for a fact that aliens are frequently smuggled through the checkpoint before being united with a transport to travel farther north."

Governor Greg Abbot declared that he had instructed the Texas State Police to establish their checkpoints in response to the failure of the federal checkpoint. The details of these inspections, including whether all vehicles will be halted, have not been disclosed by Abbott. Additionally, the governor has stated that Texas police will step up their investigation of stash houses and "cloned" vehicles that traffickers use to pass as legitimate. This particular truck was hidden in that manner.

According to Jack Staton, a former top executive in a Department of Homeland Security agency that also includes the Border Patrol, "we know automobiles make it through," he told The New York Times.

He claimed that "they don't have the staffing, assets, or capabilities to inspect every single truck." "If they suspect illegal activity, they search. If not, they release the car. They ensure that traffic moves.

Though passengers inside the truck continued to struggle to escape, its appearance did not at first cause suspicion in the industrial region where it had parked. A trucking company employee from the industrial park walked in at 5:45 p.m. yelling for someone to dial 911. When a bystander in the industrial park went outside, she saw a little child—probably between 10 and 11 years old—kneeling on the pavement, pounding her fists against the ground, and yelling for help. The witness reported that the truck's stench was overpowering.

In an interview with The New York Times, he said, "All these individuals were in a pile like they were trying to get out." He claimed that a man on the opposite side of the mass of bodies gasped as though he was having trouble breathing and quickly stood up, but that he was too weak to climb over the bodies.

The motorist was detained in a field next to the industrial park, according to the San Antonio Police Department. HomeroZamorano, the driver, was accused on Wednesday of one count of alien smuggling resulting in death. Christian Martinez, another guy who is accused of speaking with Zamorano about the transportation, was also detained. Martinez was accused of conspiring to transfer illegal aliens that would have died.