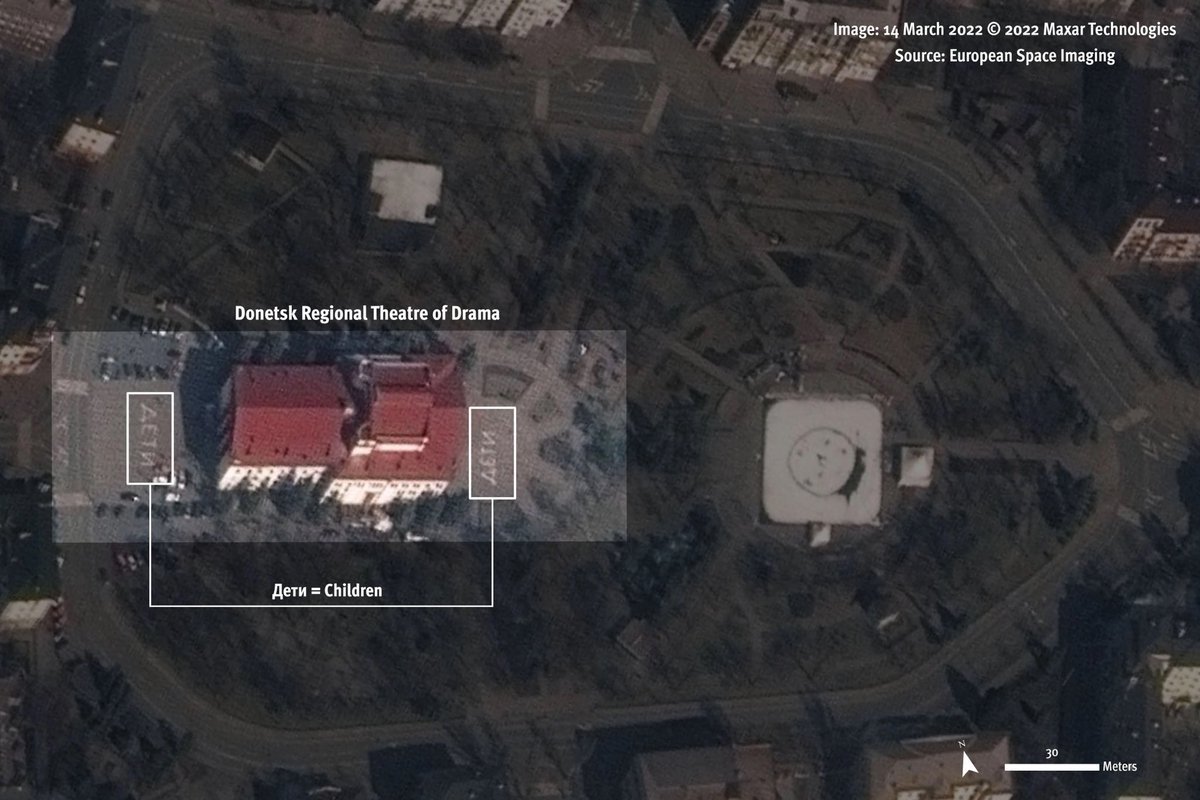 Instantly, the first statement from the City Council clearly stated that Russian forces had "purposely and cynically destroyed the Drama Theater in the heart of Mariupol." He also added that "The plane dropped a bomb on a building in which hundreds of peaceful inhabitants of Mariupol were hiding."

For its part, the Russian Ministry of Defense denied the accusations of having launched an air attack against the building of the Dramatic Theater in Mariupol. There were civilians taking shelter because of the conflict.

This spokesperson pointed out that "on March 16, the Russian aviation did not carry out any tasks related to attacks on ground targets in the city of Mariupol."

Ukrainian authorities have reported that the theater served as an anti-aircraft shelter for more than 1,000 people and has resisted the attack. Additionally, the word "Children" was mentioned outside the theater to protect the space and integrity of the Ukrainians. However, the attack happened anyway.

During the following hours and until now, the evacuation of civilians continues to advance and 20,000 people have managed to leave Mariupol. However, it is believed that this attack could have been a smokescreen since the commotion was focused on integrity. Rescuing Ukrainians, in the early hours of this Thursday, March 17, another attack by Russian forces took place in a residential building in Kyiv, which resulted in one dead.

At the moment, the great leaders of Russia and Ukraine have not come to favorable negotiations for both nations.