Domestic disruption in Pakistan could mean a future reshuffle or an upcoming election. Is this a step towards a new era in Pakistan? 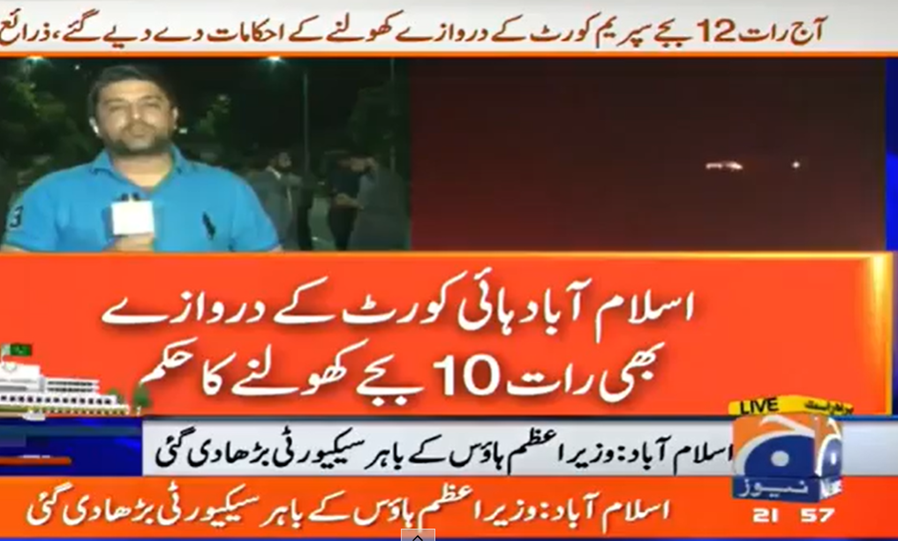 Recently, upon unravelling some hidden truths about Prime Minister Imran Khan, the Pakistan society and PMs have gathered for a debate to decide the Prime Minister's fate. On 09th April, during the National Assembly, most parties were against Imran Khan continuing to run the country, as he has not benefited the country in the past.

This debate got extended for over a couple of days as parties like the People's Party, and PML-N party delivered separate speeches live throughout Pakistan, mostly in Islamabad or Karachi. They mentioned similar things about how Imran Khan has not been loyal to them ever since he came to power back in 2018; his lack of compatibility in running the country has only increased the poverty and the gap between rich and poor.

‘A leader is supposed to run the country, not ruin it’:

Upon the recent prolonged scandal, the council of Pakistan has demanded that the National Assembly vote against the PM by midnight as a deadline (8:00 pm UK time). If not, then there may be further strict action taken by force. Bilawal Bhutto Zardari commented in the National Assembly on how PM Imran Khan has been disloyal to the society of Pakistan. He added that while the PM is enjoying his wealth, the majority of the people of Pakistan lack money to feed their families three or even one times a day, let alone breakfast with their families.

Islamabad high court is said to be opened, with the Supreme court opening at midnight (8:00 pm UK time), as Pakistan and its people anxiously wait for the ‘no confidence vote’ on PM Imran Khan. PML-N spokesperson Marriyum Aurangzeb claims that it must be done by today. If the ‘no-confidence vote’ is not done today by midnight (8:00 pm UK time), the decision may be taken by the Islamabad High Court, imposing martial law. Recently, Bajwa faced a trial to be taken down, with Faiz Ameed (army chief) has been said to want a revolt within the army. Now there are fears that there will be a martial law imposed.

“Order to be subject to the court”

As entire Pakistan waits for the vote to be held, rescue 112 teams arrive at the Islamabad High Court, increasing the tensions as to if the vote will be good for Pakistan. The Islamabad High Court can shuffle the speakers during the vote and bring in a new speaker through the election or the assembly. Along with this, Imran Khan denies any involvement in the dismissal of Bajwa, as his continuous denial is only making matters worse.

“Court will be adjourned; Adjourned of PM Imran Khan”:

One council has passed the law that all the hospitals are on high alert, with all the airports told not to let any person involved in the politics leave the country. It has increased the spread of anarchy within Pakistan, which might instigate the use of violence or force.

The result of the vote is that majority of the national assembly has passed the ‘no-confidence vote’ against the PM Imran Khan, meaning that Imran Khan can no longer run the country. The ‘Muslim League-N’ and ‘PML-N’ parties have taken a stand together to take against PM Imran Khan so that Pakistan can once again thrive.