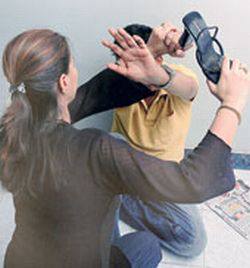 The case between Amber Heard and Johnny Depp sparked discussions about whether men were given similar protection from violence. However, society’s tendency to side with the female gender has been attributed primarily to negative feedback towards Depp when the news broke out in the year 2016. This reality forwards necessary discussions that focus on the unequal reception of domestic problems within genders. Thus, emerges a need to give more effort and attention to the male gender in terms of serious societal matters such as domestic violence.

Campbell (2017) presented that 40% of domestic violence victims are male. He continued that although the presumption is that women are usually at the receiving end of the physical assault, there is a large number of male victims. Campbell (2017) conveyed the unfortunate reality where domestic violence between husbands and boyfriends is either rejected or ignored by the authorities which makes it difficult for the male gender to have protection. Moreover, this could be because of the patriarchal perspective, where men are often perceived as strong and invincible which disregards the human aspect of the victims.

According to Deutsche Welle (2020), when a male is the one undergoing domestic abuse, he fears that there will be no individual believing them. Moreover, a victim, named Tami, conveyed that the usual pattern of violence started from the experience of the partner narrating that she has an experience with an abusive partner that lead them to be a better man for her. The story ends with Tami providing both emotionally and financially for his previous girlfriend. The girlfriend then manipulated Tami into being emotionally dependent on her and serving her every need and whenever he refused, it leaned into violence. Deutch Welle (2020) presented that this is the reality for 26,000 other men in Germany and what is unfortunate for them is that they are often seen as the perpetrator of violence rather than possible victims.

Whitney (2019) illustrated that although men and women experience Intimate Partner Violence (IPV), society’s response to men’s experience of domestic violence is to cater to it in a laughing manner. Furthermore, Whitney (2019) proposed that there should be training for the authorities such as policemen, healthcare workers, and the judiciary to take note of these instances and consider the seriousness of the issue.

Another concerning issue is that some laws in countries only validate abuse against women, hence, protection against violence for men can be impossible to advocate for. For instance, Section 498A of the Indian Penal Code 1860, only recognizes marital abuse as a means to safeguard wives from abuse or violence from their husbands. In addition, they have specifically identified men as the perpetrator of violence in the relationship. Thus, female abusers can avoid any form of consequences due to the inability to revise the Penal Code in a way that is inclusive of all genders. There are laws such as the Violence Against Women Act in the United States of America that provide an inclusive approach to domestic violence for both genders, however, due to the title of the law and its prioritization of women victims, it is concluded that there is a need to consider providing efforts for the needs of the male gender also. (International Journal of Science and Research, 2016)

The Heard-Depp case is a controversial case that allows the need to consider the violence and other kinds of abuses men receive. There are rising initiatives that cater to the needs of battered husbands such as Mensline Australia, Men’s Referral Service, and 1800 RESPECT which advocate and cater concerns of the male partners. According to research by National Centre for Domestic Violence (2020), data from 2018 to 2019 illustrate the increase in female convictions with a 74% conviction rate, from 806 to 4,599 women convicted in violence against men. This illustrates a change of movement against gender-biased outlooks when it comes to violence. Nonetheless, there are still minimal efforts in promoting and advocating for the safety of the male gender which contributes to their reluctance to come forward or to file a complaint to any officials. However, these efforts urge action not only from the public but also from authorities and other forms of government officials.

The patriarchal society hinders men to come forward because of the initiated sexist perspective that men should be strong and courageous, thus, limiting them from being vulnerable and emotional. With this, there must be a change of viewpoints and management for domestic abuse. It is important to make society safer for them as well. When it comes to abuse and violence, there should not be gender-based lenses used for these kinds of issues. The issue of domestic violence's primary instinct is to stand for the perceived victim, which is usually the female partner. However, this perspective automatically dismisses the rights and welfare of the male partner. With this, society urges immediate assistance for the benefit of the perceived victim. With the sexist viewpoint, dismissal of men’s experiences, and the fear of being criticized for experiencing the abuse, men would decline to report the violence they have received. Efforts are being initiated to support the needs of male domestic abuse victims but there is still more progression necessary for them to feel that their concerns shall be taken seriously.

With laws that only acknowledge men as the perpetrator, it hinders them to fight for their human rights and gain the justice they deserved. Unfortunately, only the case of Johnny Depp illustrates the gravity of domestic violence against men. Thus, if Johnny Depp did not choose to fight for his cause, men would still be invalidated by their real-life experiences as abused victims. As the community fight for equality and inclusivity, men should not be forgotten and hindered from achieving the rights they desperately need.

The Rohingya Crisis: A communal genocide