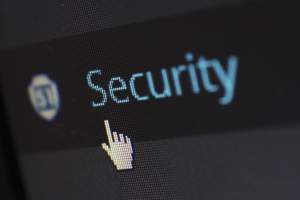 In an increasingly digitized and networked world, communication technologies have become strongly intertwined with our ways of living and thinking about society. Online media have emerged not only as tools for increasing connectivity but also as playgrounds of gender discrimination and harassment.

The great occurrence of gender-based violence on the internet is upsetting. In 2017, Amnesty International shared serious concerns about online harassment and its spread throughout society. According to a recent report by Plan International, on a sample group of 14,000 girls and young women across 22 countries, 58% of them have personally experienced some form of harassment on online platforms.

But, what is online gender violence? What are the platforms used and what drives their usage? What type of harassment is perpetuated, and what are the implications for victims?

Following the International Center for Research on Women, online gender-based violence is defined as an: “action by one or more people that harm others based on their sexual or gender identity or by enforcing harmful gender norms [...] carried out using the Internet and/or mobile technology [...].”

As a space accessible to anyone and almost anywhere, the Internet has evolved into a threatening environment for marginalized gendered identities. In these new spaces, harassment comes in different shapes and forms, ranging from abusive and insulting behavior to threats of physical and sexual violence, as well as body shaming, stalking, and racist comments.

The speed and intensity with which these narratives spread intersect with the technological aspects of online platforms - anonymity, encrypted messaging, private groups, and free speech. Offline abusive behavior has adapted to new social contexts, allowing gender-based violence to continue.

In the case of Italy, the use of technology - particularly Telegram - for the exchange of non-consensual private images has increased dramatically in the past years. Telegram, unlike other messaging apps and platforms, allows users to create large groups and channels while maintaining user anonymity and security, and it is characterized by a weak legislative structure.

The dissemination of such content fosters a discriminatory environment where abusers feel safe to share misogynistic behaviors and ideologies. In “Masculinities” (2020), Semenzin and Bainotti provide interesting insights into such phenomena.

The authors explained that “Telegram affordances play an important role in orienting and amplifying NCII practices, as they offer the possibility of systematizing the diffusion of non-consensual content and, consequently, of gender-based violence”. Additionally, “the sense of anonymity, the weak regulation and the possibility of creating male homosocial bonds afforded by the platform contribute to the creation of an environment where men’s culpability is downplayed, and harassment is normalized”.

A major turning point in the fight against online harassment in Italy was the 2020 law-enforcement operation “DROP THE REVENGE”, where the Italian Polizia Postale successfully shut down three Telegram privately-owned groups and charged 39 people for their involvement in the dissemination of private sexual material. The operation led to the identification of some of the groups that created and shared the “Bibbia 5.0” (The Bibble 5.0) digital archive containing thousands of sexually explicit photographs and videos of women, mainly teenagers.

Posting and re-sharing intimate images is a way of maintaining certain power relations by scrutinizing and controlling gendered bodies. Victims are deprived of their agency and collective social status through the shameful and offensive objectification of their bodies. This collective hunting and exchange of private sexual images to dehumanize and humiliate one group while reinforcing the other become a way of strengthening masculinity and oppression. Online media become safe harbors in which perpetrators can find the in-group solidarity and aggregation necessary to freely express themselves and their misogynistic ideologies.