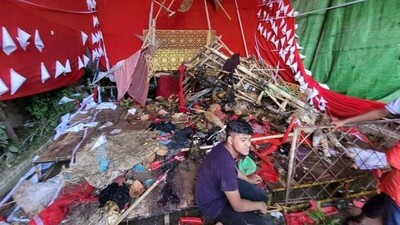 It’s been three days since the Durga Puja celebration has wind up yet the communal vandalism in Bangladesh continues. Over 300 Hindu temples have been destroyed according to sources. 9 people have been brutally murdered. One of the heartbreaking cases happened at Hajiganj (Chadpur), where three women (mother, daughter and cousin) were brutally raped. One of them was just 10 years old, who passed away after fighting for three days.

The first incident was reported by Bangladesh Hindu Unity Council on September 22, 2021, where some parts of idols were destructed by extremist groups. However, it went beyond extreme on the auspicious day of Maha Ashtami (October 13).

Facebook blogger Azam Khan described the incident as, “The worse rape incident so far happened in Hajiganj, Chandpur. Muslim fanatics raped a whole Hindu family. They raped the mother, her daughter, and her niece, who is just ten years old.” Khan expressed his disgust, “It does not matter how much you censor or blackout the media. We will document these atrocities to let the world know. I feel ashamed to be born and raised in the Muslim community.” He further added, “The ten-year-old girl who fanatic Muslims raped, died because of extreme blood loss. Nobody can tell how many people raped her. Her aunt and grandmother who were also gang-raped simultaneously, are in police custody.”

Bengalis celebrate Durga Puja more as a cultural festival than a religious one. Not only Hindu Bengalis, but People from all communities in India, Bangladesh even abroad participate together in such auspicious festival. It is truly disheartening and disgraceful to see such heinous acts revolving around such a festival.

Meanwhile in Bangladesh and different parts of India, especially West Bengal #SaveBangladeshHindus is trending. People have come together to stand with the Hindu minorities of Bangladesh.

On October 13th, some communal violence were observed, soon it turned into a hotspot. From the night of Ashtami, many Puja Pandals were under attack and got destroyed. One of the videos went viral, where the priest and devotees conducted the rituals in front of the destructed Durga Idol, which was indeed heartbreaking to watch.

Prime Minister Sheik Hasina promised on Thursday to bring the perpetrators of violence to trial, “the incidents in Comilla are being thoroughly investigated. Nobody will be spared. It doesn’t matter which religion they belong to. They will be hunted down and punished,”

Islamic extreme right-wing Shashontantra Andolon held a huge demonstration on Saturday in the downtown Purana Paltan region of Dhaka to demonstrate what they labelled as “demeaning of the ”Holy Quran”. 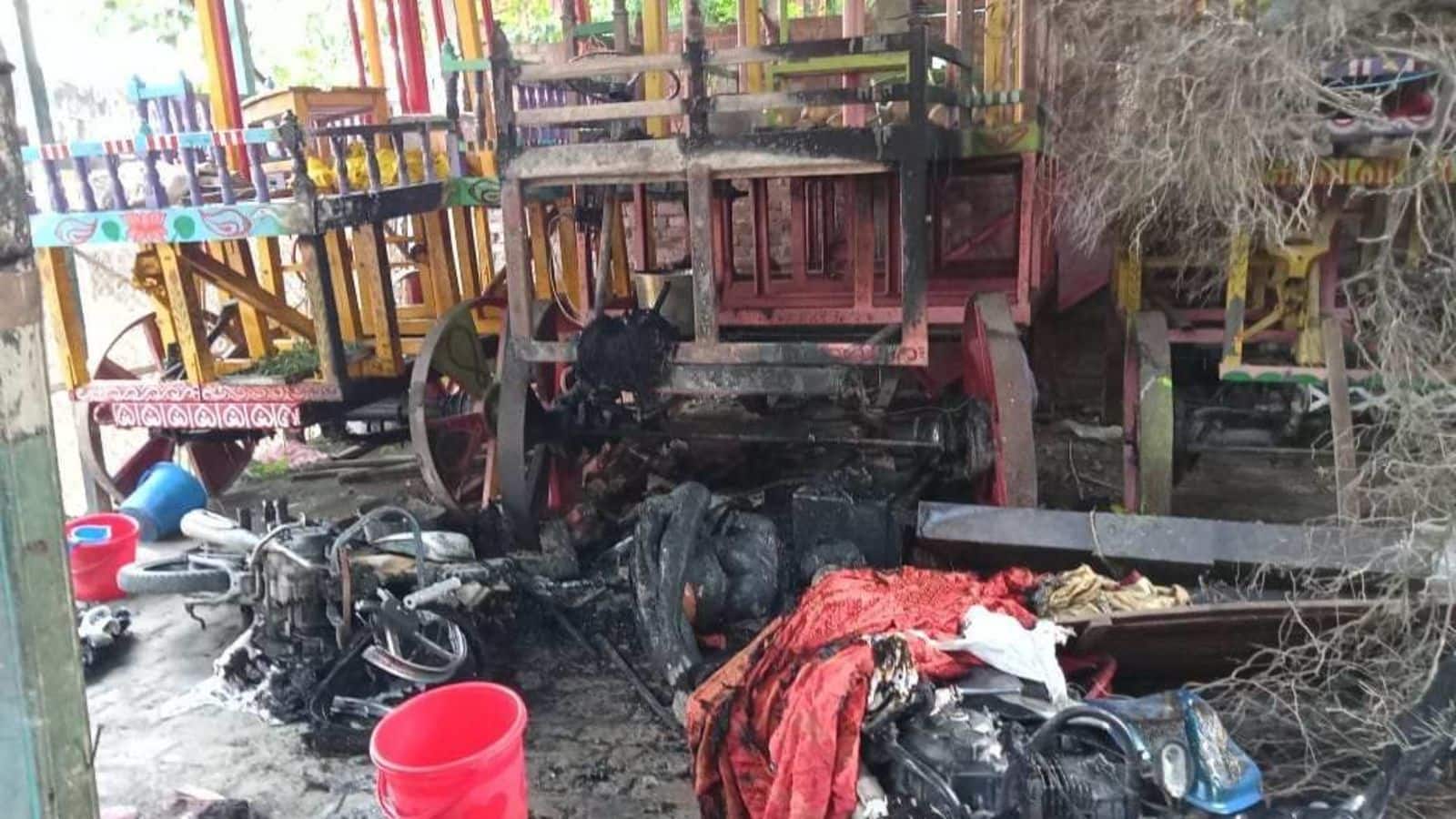 Yet on 17th October, the ISKCON temple at Noakhali was attacked which caused the lives of three devotees, one of them was just 25 years old.  This year’s Durga puja which has been termed as Black Day by netizens ended in Bangladesh without the traditional Dashami traditions.