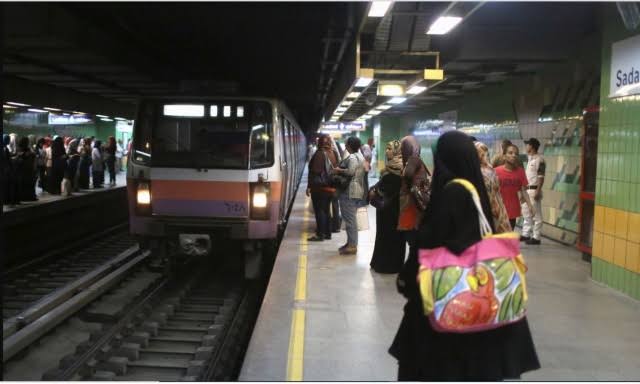 In the past hours, An Egyptian woman got arrested for terrifying three young ladies and trying to hurt them physically.

An eyewitness of the accident published a video on the social media platform 'Facebook,' showing that the old woman started to curse the young ladies first due to the 'outrageous' clothing the girls were wearing. When the girls tried to stop her, she took off her shoe and tried to attack them and hurt them physically.

This uncivilized action necessitated the arrest of the old woman. The Ministry of Interior said in an official statement on Wednesday that they had identified and arrested the perpetrator of the incident, who turned out to be a housewife with a previous criminal record. Confronting her, she admitted reprimanding two young women, as she advised one of them to wear her clothes in a 'decent way,' while legal measures were taken against the woman.

a wave of criticism on social media between rejections and support

It is noteworthy that the video, which spread like wildfire among the Egyptians, provoked a wave of criticism after the woman appeared to assault a young woman because of her clothes inside a car in the subway. And the video photographer, Miss Salma Muhammad, revealed that she witnessed the incident while she was in the same vehicle when she returned from Helwan University, where she was surprised by the woman who was to scold the young woman, saying to her: “the metro full of men, who are coming up and coming down, how dare you to dress like this”, so that the young woman responds in defense for herself, ensuring that her clothes are normal.

Taking into consideration this is not the first accident of violation against women according to what they wear or if they are hijabi or not, earlier accidents in the metro included cutting Christian women and a non-hijabi girl's hair in the jam of the metro.

Attacking the videographer of the incident

An argument began between the passengers, a supporter of the woman, and a defender of the young woman, considering that she is free to wear what suits her without anyone's interference. As soon as the mad lady saw Salma filming the incident, she threw her phone and verbally assaulted her while the passengers tried to break up the quarrel, but to no end. Salma also confirmed that she was shocked by what happened, as the young woman's clothes were very ordinary.

It is a very controversial issue across Egypt about the relation between girls' outfits and harassment. Many people try to connect what women wear in a miserable trial to justify why women are harassed!

Mentioning that in Egypt, the harassment rates of girls between the ages of 28:17 reach 90%, while the rate for men being exposed to 27%, and nearly about 90% of the Egyptian women, including young girls, are hijabi.

According to the United Nations Organization for Women, 40 to 60% of women in the Middle East and North Africa are subjected to street harassment, 35% of women in the world suffer either physical or sexual violence from their life partners, as well as 77% of Females in Africa, faced harassment in the workplace.

“Led to dare”: another verdict about a rape was overturned in Italy because the victim was considered to be “luring” the attacker

When the Voices Merge : An effort towards a constructive change.