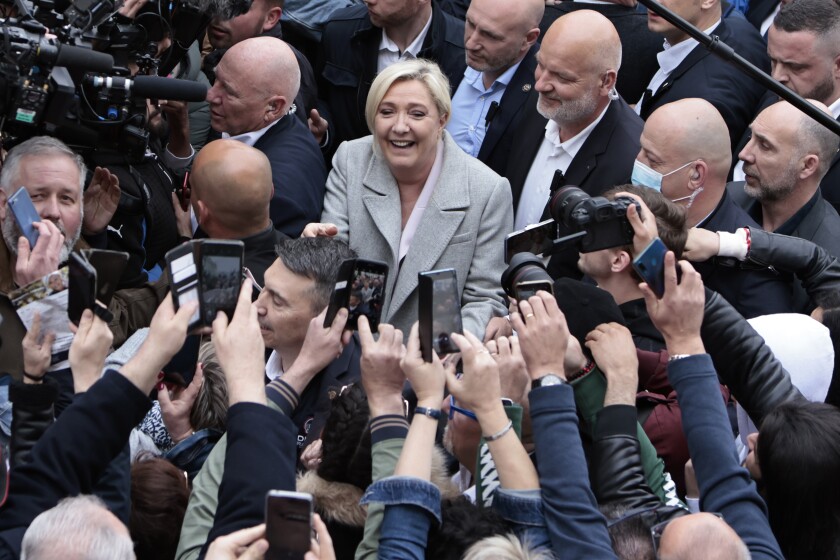 On Sunday, the Paris prosecutor's office notified Deutsche Presse-Agentur that it had received a report from OLAF (European Anti-Fraud Office) accusing Marine Le Pen, the far-right presidential candidate in France, of embezzling cash.

Prosecutors are currently examining the March 11 document. After the necessary analysis and investigations, he will continue initiating a case against her.

The second round of the presidential election, in which Le Pen is facing the current president, Emmanuel Macron, for the second time, will take place on April 24. This blow against Le Pen is extraordinary. This ongoing analysis reveals that, with the election so close, Le Pen is prone to MAJOR questions during election debates.

This moment could not have been worse for Le Pen, but now it remains to be seen how the French people perceive this news about Emmanuel Macron's opponent.

Mediapart's investigative site published excerpts from the report on Saturday in which OLAF said it was 137,000 euros worth of European funds, which Le Pen was allegedly embezzled during her 2004 term as MEP. and 2017.

The politician's lawyer, Rodolphe Bosselut, was quoted by Mediapart as denying the allegations, and Le Pen reserved the right to sue her former assistants or service providers who may have committed criminal acts without her knowledge.

In itself, the act may not have been committed by her, but in the light of OLAF's well-established reports, Le Pen demonstrates either a weakness in its governing powers or knowledge of those wrongful acts. Thus, Le Pen is harmed by these allegations.

Bosselut criticized the revelations just one week before the decisive election. This is natural and, at the same time,  raises questions about who had the harmful information about Le Pen. Justice is blind, except that in this case it is far too strange for these reports to appear, as Bosselut says, just a week before the election.

According to Mediapart, the OLAF report also refers to other former MEPs in the National Assembly (RN, Rassemblement National), the French political party that supports Marine Le Pen: her father, Jean-Marie Le Pen, her former partner, Louis Aliot, and Bruno Gollnisch, former vice-president of the party. In total, OLAF determined that they had embezzled 486,000 euros.

Aliot, now mayor of Perpignan in southern France, also denied allegations in a statement to Franceinfo on Sunday.

This is not the first time such allegations have been made against representatives of the National Assembly, Deutsche Presse-Agentur recalls. Assistants to MEPs in this party, who are paid by the European Parliament, have previously been suspected of working for the RN rather than the European Union institution. This demonstrates repeated behavior and therefore a high probability that the allegations are valid and that Le Pen is indeed responsible for what happened.