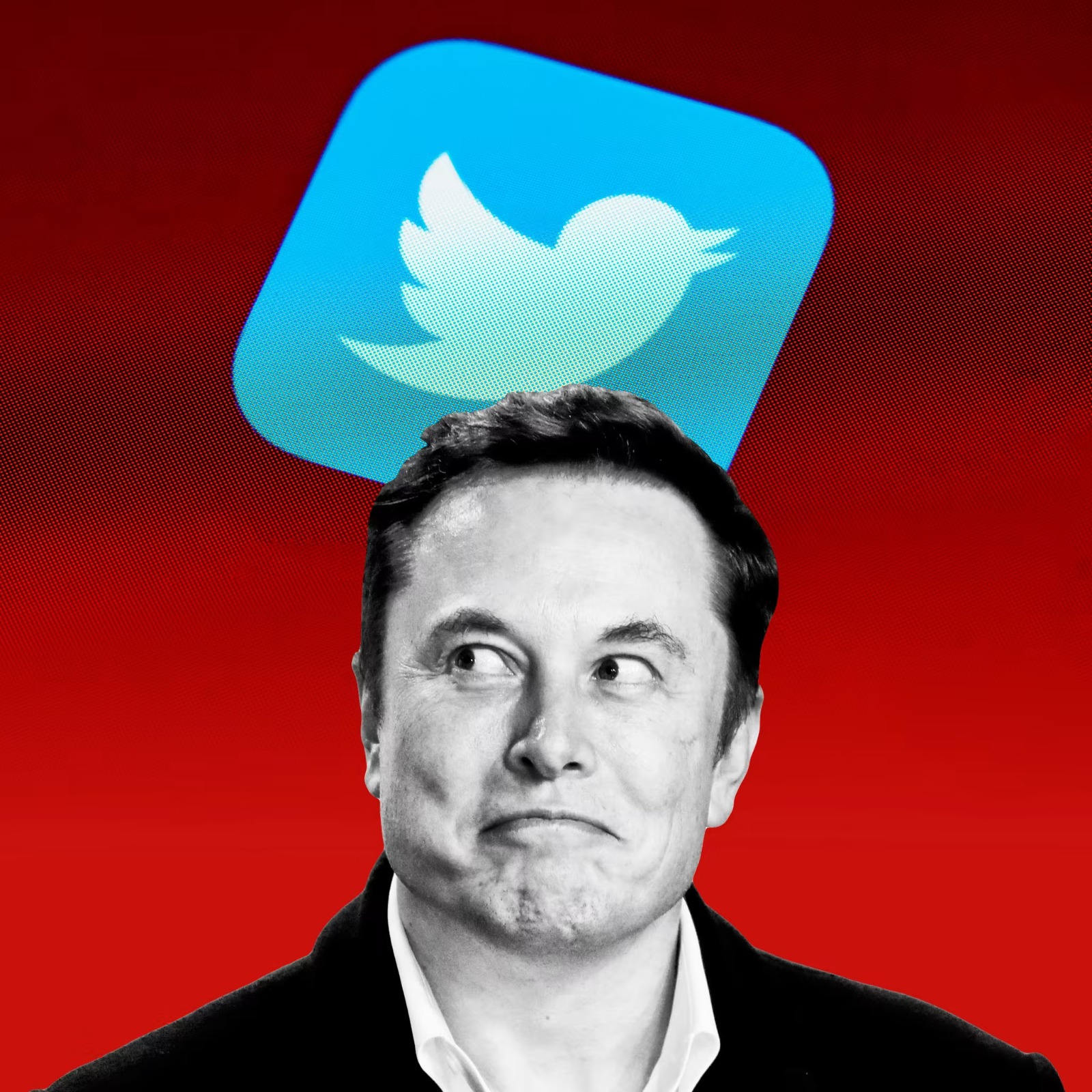 As of April 25, 2022 business tycoon Elon Musk has reached an agreement to buy and take over the American social networking platform, Twitter. It is said that the parties have decided on a figure of $44 billion for the sale.

Musk, a global entrepreneur, investor, and founder of SpaceX (a California-based aerospace manufacturer), initially made the momentous bid less than two weeks prior. He has stated his belief that Twitter had “tremendous potential” to unleash.

The social media website and app currently hosts more than 396.5 million users across the globe, as of 2022. Musk’s recent deal ends its status as a public company which has been maintained by its run on the stock market since 2013. Bret Taylor, Twitter’s independent board chair, said that “the proposed transaction will deliver a substantial cash premium, and we believe it is the best path forward for Twitter’s stockholders”.

The Twitter firm is said to have initially declined Musk’s offer, though it now plans to take votes among its shareholders in order to approve the arrangement. While the deal is not yet in its final stage, it is expected to close this year.

Musk has shown optimism for the future of the social media site and has suggested some of his initial plans to take place following confirmation of his takeover.

He has called for a range of changes to Twitter and its operation that he deems to be important. These vary from further promotion of free speech to working to tackle the issue of fake accounts and spam bots.

On April 25, 2022 Musk tweeted an excerpt from an interview in which he outlined his aims:

“Free speech is the bedrock of a functioning democracy, and Twitter is the digital town square where matters vital to the future of humanity are debated”, he said in his announcement of the proposed deal.

He then stated, “I also want to make Twitter better than ever by enhancing the product with new features, making the algorithms open source to increase trust, defeating the spam bots, and authenticating all humans.”

“Twitter has tremendous potential - I look forward to working with the company and the community of users to unlock it.”, Musk finally added. 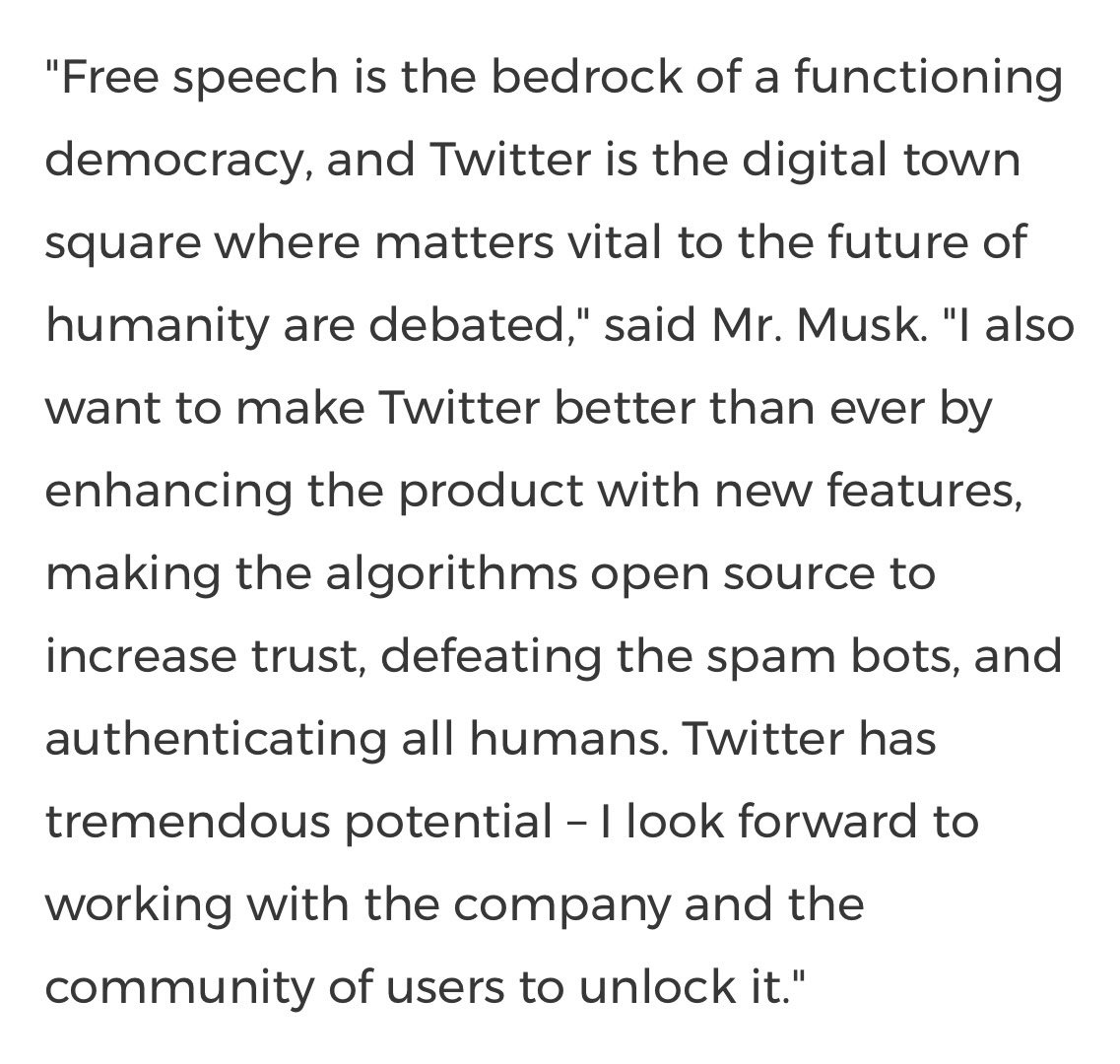 There is also potential for the removal of advertisements to constitute part of Musk’s plan for Twitter. In a series of tweets which were later deleted, he suggested that he wanted to get rid of advertising on Twitter Blue in particular (Twitter’s premium subscription service).

He wrote, “the power of corporations to dictate policy is greatly enhanced if Twitter depends on advertising money to survive”.

Also posted was a poll in which Musk asked if users would want an edit button, meaning the option to alter tweets after they are posted. The results from Twitter users were overwhelmingly positive - 73.6% of the total 4,406,764 voters said they would.

Musk is also the co-founder and CEO of Tesla, and is recorded as the richest person in the world, with a net worth estimated at approximately $273 billion.

A previous tweet from Musk has resurfaced and gone viral in the light of recent events; it has been suggested that Musk may have had some desire to buy Twitter years ago.

On December 21, 2017 there was an exchange on the platform between Musk and Dave Smith, a podcast host. Smith, in response to Musk’s statement “I love Twitter”, suggested “You should buy it then’.

Musk jokingly replied, “How much is it?”. 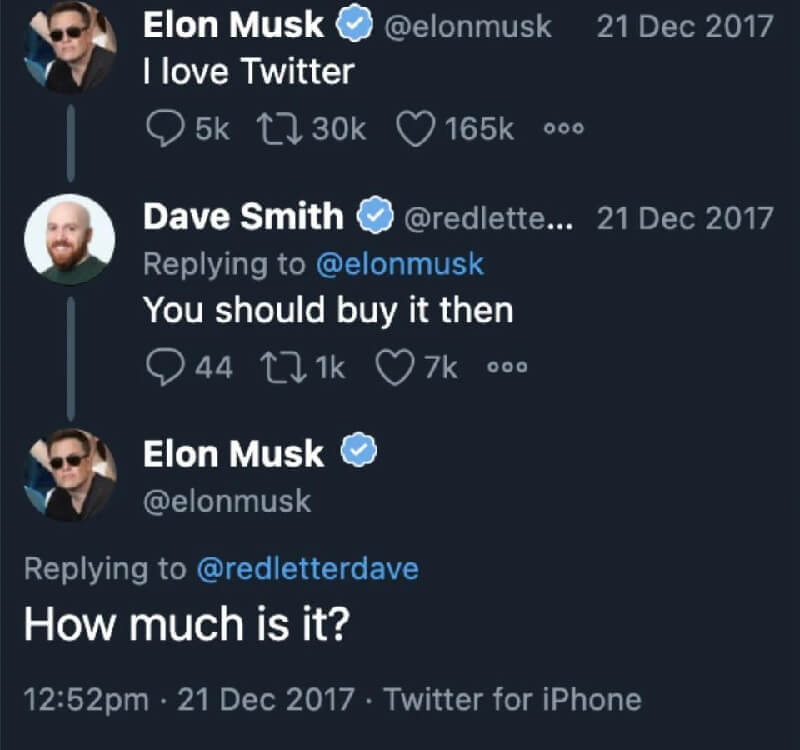 Reactions following the news of the deal between the billionaire and Twitter, have been mixed. Twitter’s own co-founder, Jack Dorsey asserted, “Elon is the singular solution I trust. I trust his mission to extend the light of consciousness”.

However, a spokesman for British Prime Minister, Boris Johnson reminded the public that “regardless of ownership, all social media platforms must be responsible”. This relates Musk’s deal with a wider ongoing societal debate about the extent of power and influence held by billionaires like him. There has been discussion about the potential for Twitter’s new leadership to allow misinformation or hate speech to develop on the platform.

Musk has described himself as a ‘free speech absolutist’ and appears confident that his goals are promising.

Consequently, any suspicions and predictions about Twitter under the management of the billionaire can only be confirmed or denied once Musk formally takes over the site.