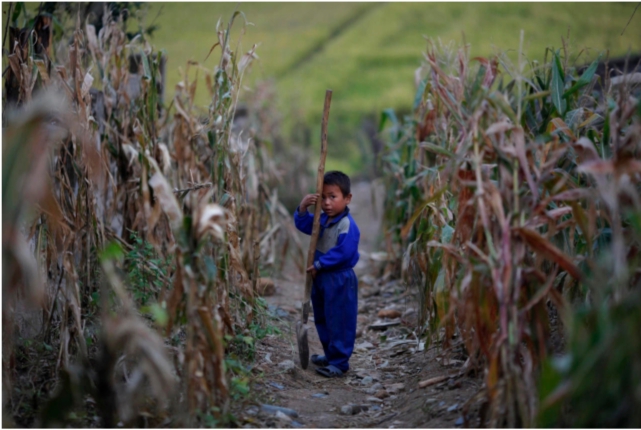 Closure of borders because of the spread of Coronavirus affected trade and exchange relations of the state. The government enforced laws for the non-movement of the population with stringent repercussions. In August 2020, the government created a buffer zone around two kilometers away from the northern border. Soldiers posted there were ordered to shoot on sight indiscriminately if any illegal infiltrator is sighted. Cases of South Korean fishermen being shot to death in the western sea of North Korea, surfaced in September 2020.

The import-dependent population of North Korea is facing a harsh time and finding it difficult to extract filling food, antibiotics, and chemical fertilizers for agricultural purposes. This isn't the first time the North Korean population is encountering such a shortage. The shortage of essential food grains in 2011 brought forth the report of malnourishment and stunted growth of the kids in North Korea. The UNICEF report in 2017 presented a comparison of data between rural and urban North Korea showing 10 percent of children with stunted growth in Pyongyang and 32 percent in rural setup.

The sanctions by the United States of America and the United Nations on the Pyongyang regime are other key players in the current situation.

Weather conditions around the agricultural areas affected the production severely. A chain of typhoons and floods disrupted the cycle. Reports suggested that 4 million tonnes of grain were produced last year which is far away from the required stock of approximately 5.2 million tonnes to feed a population of 26 million.

The state-run Korean think tank, Korean Development Institute has cited a huge food crisis and undernourishment of citizens in its report. The situation has subsequently affected the soldiers who are not getting a proper diet and are shifting from rice to corn as their staple. An approximate shortage of 1.2 million tonnes of grains has degraded the quality of life in the countryside and pushed people to extreme poverty.

Reports of civilians selling off their personal property to fill tummies have surfaced and revived the fears of a repetition of the famine and crisis of the 1990s. This has led Kim to accept the situation and address it openly. According to state-run, KCNA News Kim stated that the decision to be made in the 8th Congress of the ruling Korean Worker's party would not be an easy meet due to the present circumstances. He asked the party members to brace themselves up for an 'arduous march'.

The term has a dark history in North Korea. When the communist system of the Soviet Union (USSR) collapsed in 1990 North Korea lost an important aid-providing ally. This pushed the conditions of the state into a deep pit of poverty and famine. Reports suggest that a population of 3 million (approximately) were hacked to death due to the food shortage and hunger. Cases of sustenance through consumption of grass, boiled tree barks, and corpses on roads horrified the global community back then.

North Korea is an arid zone with a seemingly low density of fertile areas for cultivation with very crude agricultural technology. The dark past of the state is haunting the present regime of North Korea which has initiated to control the worsening condition.

Young chae Song, a human rights activist with The Worldwide Coalition to Stop Genocide in North Korea says that economic mishandling is one of the greatest concern which has led to the rise of shortage of essential commodities. The economic inclination and investment in nuclear power & weapons shall be condemned according to him. 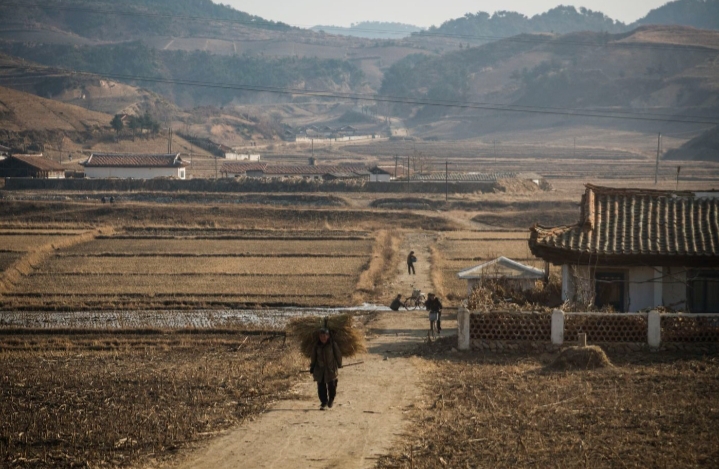 Other aid providers like World Food Programme have cited its speculation of mass deaths (deaths of all the members of a family) due to starvation across the North Korean state. More than 40% of the population is already undernourished accordingto it. South Korean media sources in North Korea have reported several deaths with covid like symptoms. According to World Health Organisation(WHO), around 12,000 people tested for coronavirus and were all declared negative in their test reports in August 2020.

The South Korean administration approached its Northern neighbor with aid and relief but received no response from the state.

The already repressive regime of North Korea with its intensified measures for the prevention of the pandemic virus has led to a further cut in communication with global organizations. The regime is planning to begin vaccination drive and set up better facilities for quarantine to resume trade and exchange.

Global communities have asked the totalitarian government to initiate communication for receiving relief assistance. Cross-border train services from China will soon open up according to the recent updates to revitalize North Korean economy.

Half A Million People in Dire Urgency!