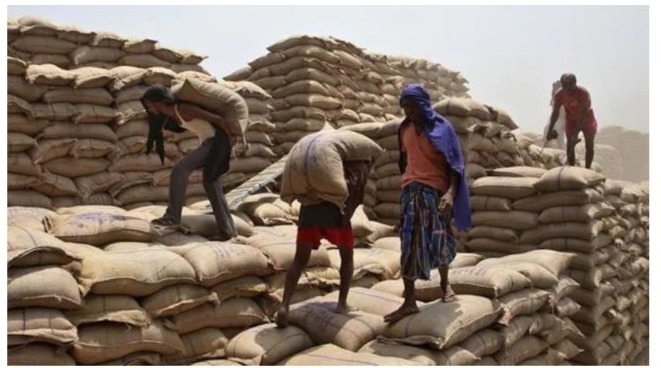 After 20 decades of fighting, the Taliban has conquered Afghanistan.  On August 15, 2021, the researcher believed that conquering Kabul had resulted in breathtakingly quick progress throughout the country. The supply of 50,000 tonnes of wheat to Afghanistan as part of India's emergency aid to the war country will begin next week, diplomats said on February 14, 2022.

India has been urging unrestricted food and medical supplies to Afghanistan to stop the country's growing humanitarian disaster. It has already made arrangements to convey 50,000 tonnes of wheat and drugs to Afghanistan via Pakistani roadways.

Last year, after the Taliban's takeover of control of Kabul, Pakistan permitted India to deliver 50,000 metric tonnes of wheat to Afghanistan via its highway. According to diplomatic sources in Islamabad, all roadblocks have been cleared, and the Indian government has given Pakistanis a list of Afghan truck drivers and companies who would transport wheat to Afghanistan via Pakistan.

On Friday, India also signed and announced an agreement with the World Food Programme to distribute wheat to Afghanistan. India will send over the wheat to the World Food Programme in Afghanistan, which will ultimately distribute it to the civilians. Initially, Islamabad requested that humanitarian aid commodities be transported to Kabul on Pakistani trucks under the auspices of the United Nations.

However, the government of India has made a counter-proposal, requesting that the food grain be carried to Afghanistan in either Indian or Afghan transport vehicles. The parties involved then agreed that wheat would be carried and delivered by Afghan trucks, and Pakistan was given a list of Afghan suppliers.

On October 7, India made a request to Pakistan requesting a shipping route to transport 50,000 tonnes of wheat to the Afghan people via Pakistani borders, and on November 24, it received a good reply from Islamabad. Following Pakistan's answer, the parties communicated to negotiate the transportation details for the consignment.

India's wheat is willing to aid Afghanistan in dealing with food scarcity. According to international relief organisations, around 23 million Afghans require immediate help and support. Afghanistan has been under Taliban control since August 15, 2021, when the Afghan Islamist terrorist organisation defeated President Ashraf Ghani's elected government and forced him to escape and run away from his nation to the United Arab Emirates.

India has failed to acknowledge the new Afghan authority and has urged the development of a supportive and inclusive government in Kabul, as well as demanding that Afghan territory not be used for terrorist activities against any country.