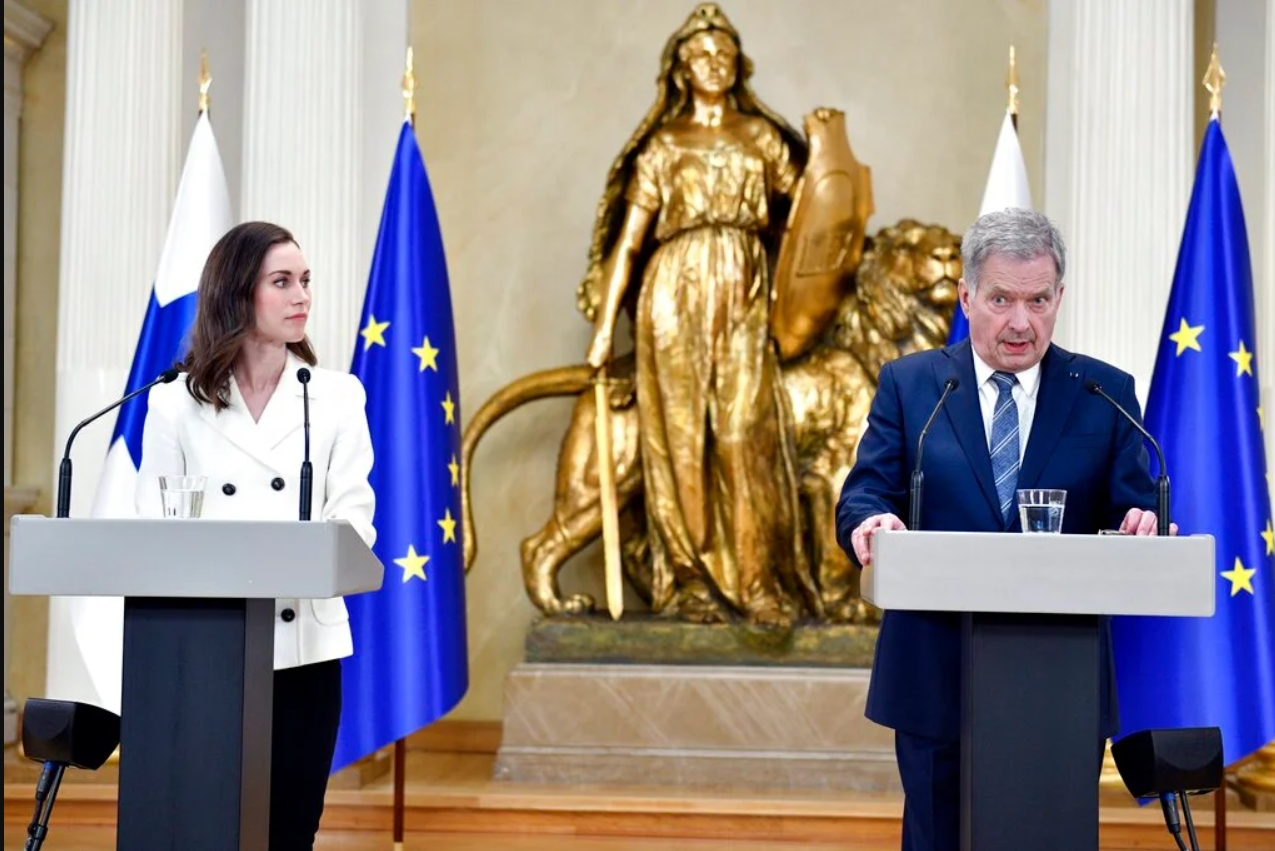 In one of the latest developments of the Ukraine war, Putin has threatened action against Finland if it joins NATO as it would no longer be a neutral state. According to a statement released by the Kremlin’s press service, Putin told  Sauli Niinisto that there wasn’t any threat to Finland’s national security and that joining NATO would be a mistake. The statement further emphasized that doing so would damage Russian-Finnish relationships which have been built over years on good neighbourliness and partnership.

Putin issued this statement after Niinisto told him over a phone call about Finland joining NATO in the upcoming days. Niinisto’s office believes the Russian invasion has completely turned Finland’s security environment upside down and conveyed the same to Putin. Russia’s demand on Finland refraining from joining the 30-member Western alliance was also discussed.

Niinisto who has been in talks with Putin since a decade said the discussions were quite direct without any exaggeration and that he wants to avoid tensions at all costs. Contrary to the Russian counterpart, he believes joining NATO would only benefit Finland’s security.  It was further emphasized that even if Finland joins NATO, Moscow would be professionally dealt with and that practical issues stemming from the border neighbourhood will be discussed with Russia.

Kremlin’s statement added that the further discussion revolved around the Russian invasion of Ukraine and the possibility of formulating a resolution. Putin said the Russia-Ukraine talks were called off due to the latter’s disinterest in a constructive and serious dialogue.  Niinisto’s office said that the phone call was a Finnish initiative.  However, this could take months to finalize as the new applicants would need the approval of all the 30 NATO members’ legislation. But this would bring the American alliance closer to Finland’s border with Russia which stretches 830 miles. On Saturday, Russia cut the electricity supply to Finland attributable to some payment-related issues.

Turkey could prove to be a major hurdle to the NATO membership of Finland and Sweden as President Tayyip Erdogan accused both the countries of sheltering terrorist outfits, which are believed by many to be the Kurdistan Workers Party and People’s Protection Unit. Niinisto seemed confused as Erdogan seemed okay with Finland joining NATO during a phone call about a month ago. He wishes to have another discussion with the Turkish president about his reservations.

The public support for the Finnish membership of NATO has increased sharply from 30% to 80% since the Russia-Ukraine war according to some opinion polls. Even the Swedes wish their country do the same, according to some polls.