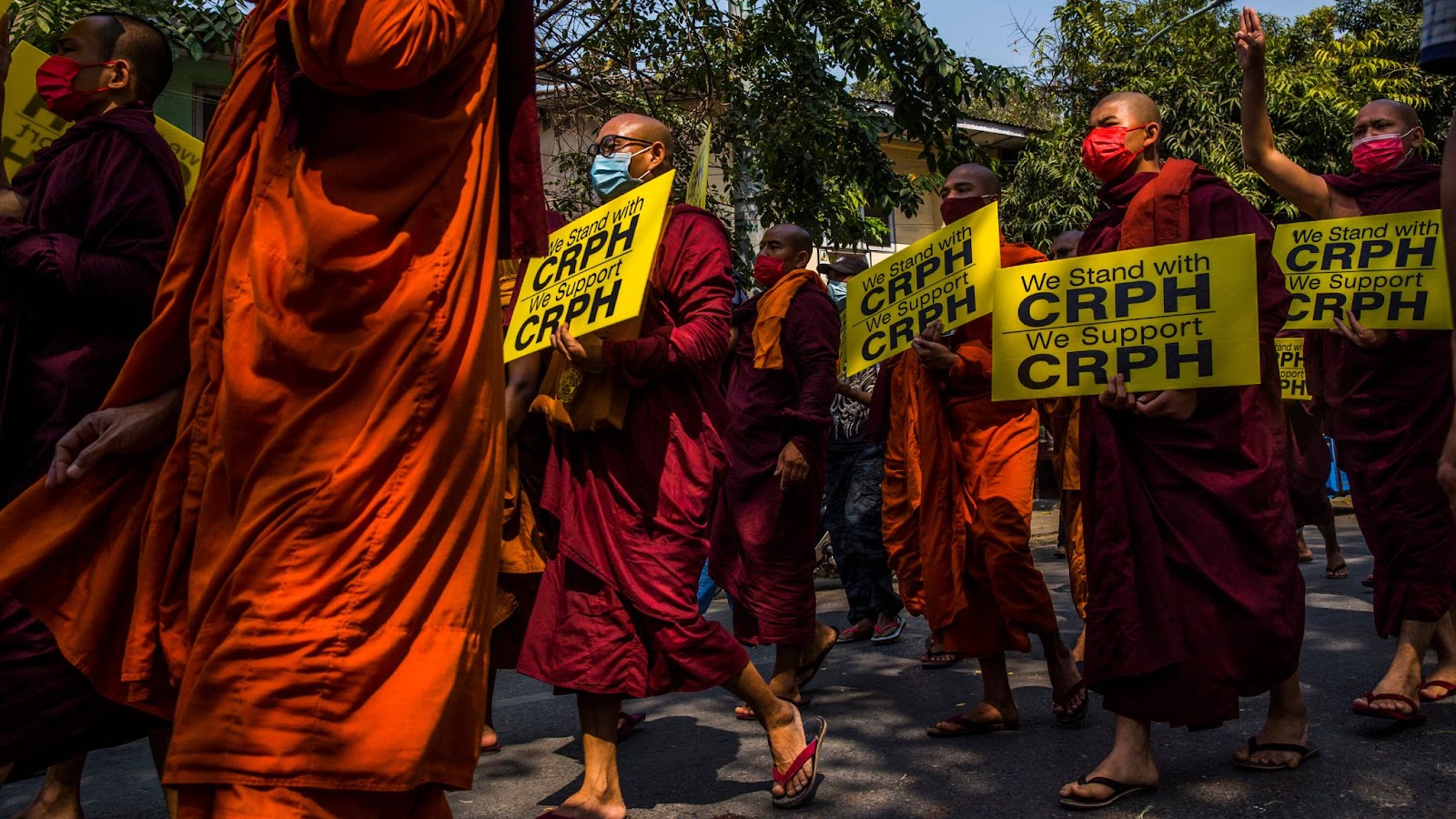 Since the February 1st, 2021 coup the military junta in Myanmar had taken a total of 1,861 people’s lives as reported by the Assistance Association For Political Prisoners as of May 24. The main reason behind the military coup was electoral fraud claims. Even though the National Election Commission stated previously that there was no evidence pointing toward electoral fraud.

But as recently on May 13, 4 monks were killed in an airstrike by the military due to a crossfire between the local resistance group and the Myanmar military. While 5 others were injured.  The monks that were killed and injured were from a Buddhist Monastery in Pale Township, Sagaing Region as reported by The Irrawaddy.

Those that died were the abbot of Mya Thein Tan Monastery and 3 novice monks. A resident of Pale Township said, “Local resistance fighters attacked junta soldiers in urban Pale. The regime responded by firing mortar shells. The abbot did not die immediately, he had his legs blown off before he died.”

Villages in the Sagaing region have been the stronghold of many anti-regimes resistance groups since last year. And the fighting between the local resistance groups and the military has been worsening over the months with reports of battles being published nearly every day.

The attack on democracy within Myanmar had been ongoing for a long time. Since the year 1962, the military junta has been oppressing the country's freedom by any means possible.

Throughout the history of Myanmar, violence has been prevalent and this was not the first time where monks were killed in the process of war. Back in 2007, the Saffron Revolution took place. Where Buddhist Monks protested in the streets due to the rose in oil and gas prices in 2007.

Later, when the monks stopped by those of Aung San Suu Kyi. The military junta responded by inflicting harm upon the protesting monks. And these actions were recorded by bystanders but the military tried all they could to prevent the news from leaking into the International news.

There are many similarities that can also be drawn between the Saffron Revolution and the killings of the four monks. Such as, monks were killed in the process by a tyrannical government. In truth, the killings of the monks had been ongoing for many decades now even though Myanmar is a deeply devoted country to the religion of Buddhism. Many human rights activist groups have been trying to hold the military junta accountable for their crimes.

But to their avail, no significant impact had affected the military junta to change their course of behavior. In order to, prevent much more lives from being taken in this process of unnecessary blood, such as those of the four monks that were killed on May 13.