Four people were killed, and seven others were injured in a school shooting in Michigan. 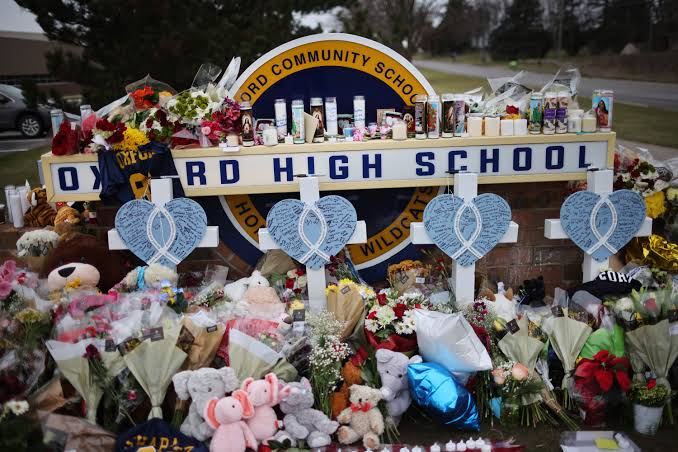 The 30th of November 2021 turned out to be a nightmare for the students and staff at Oxford High School as Ethan Crumbley opened fire on his peers and teachers, killing four and injuring seven, including a teacher, in the process.

Located in Oxford Township, Michigan, United States, the 15-year-old accused is a sophomore student at the same school and, as per reports, has been charged as an adult for 24 crimes, including murder and terrorism.

The teen suspect's parents, James and Jennifer Crumbley, who were on the run after the incident, have also been charged with involuntary manslaughter for providing the gun as a "gift" to their son and failing to keep it securely.

Earlier that day, two teachers separately reported unusual behaviour by Ethan and called his parents in for a meeting, which happened to be just hours before the killings.

A day before, they had a counselling session with the culprit regarding his disturbing behaviour.

The investigating officer stated that on checking the surveillance camera footage, he found Ethan with his backpack, entering a washroom, and when he came out, he didn't have the bag with him, but instead came out with a 9 mm SIG Sauer SP 2022 semi-automatic handgun. He fired a dozen shots before being taken into custody.

After being taken into custody, the culprit didn't cause any problems and isn't saying anything at this point.

In this accident, President Joe Biden said, "My heart goes out to the families enduring the unimaginable grief of losing a loved one." While the community has to be in a state of shock right now.

The incident is being considered the deadliest school shooting in the state since the 2018 Santa Fe High School shooting. The school has gone under lockdown after the incident, and three prayer services were held on the night of November 30 for the deceased, which were attended by hundreds.