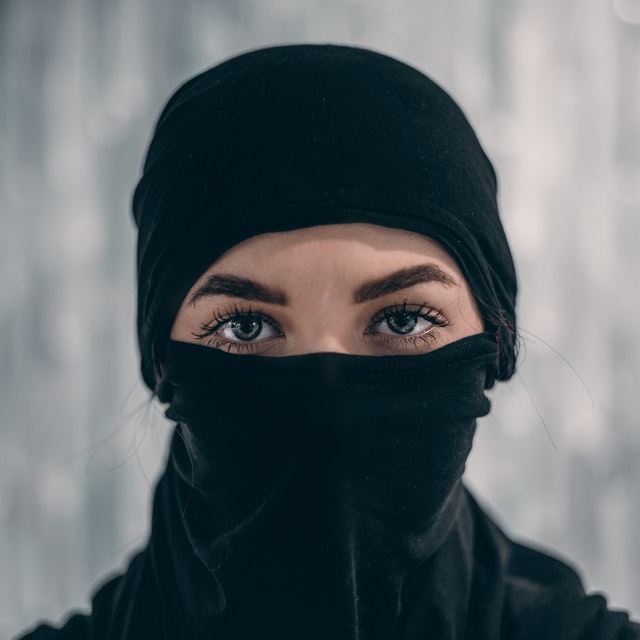 Male Afghan TV presenters have decided to start wearing face coverings in a show of solidarity against the Taliban's decree requiring women to cover themselves at all times.

In May 2022, the Ministry for the Propagation of Virtue issued a decree requiring women to wear head-to-toe coverings, either a burqa – a full veil with a small grid in front of the eyes – or a niqab – a full veil with no grid in front of the eyes. Colored clothing was also prohibited, and women were encouraged not to leave the house unless accompanied by a man. Failure to follow the rules can result in fines and job loss for both the women and their male relatives.

Many defied the Taliban order and initially continued to show their faces in the streets and on television, however, this quickly became impossible when they saw the harsh consequences. Many women in the country do not feel safe right now. A 23-year-old woman in Kabul told the Guardian that the government had taken away her right to choose her own clothes, which was a particularly painful reality for her. She was forced to comply in order to avoid penalties ranging from fines to imprisonment.

Though the Taliban previously stated that it would respect women's rights if it seized power in 2021, recent events indicate the opposite. At first, only wearing the hijab was required for female journalists, signaling some progress. However, this was quickly undone when many failed to comply and were subsequently fired from their jobs. The May decree went a step further by forcing both head-to-toe coverage and masks.

When the face-covering decree was issued, male TV hosts took to social media to protest, launching the #FreeHerFace movement and beginning to wear masks while reading the news. In doing so, they highlight the discomfort felt by women who must fully cover themselves, preventing proper enunciation of news and exercising their right to self-expression through clothing. In an interview with the Guardian, one of these men described feeling unable to speak while wearing a mask, as if someone had grabbed his throat.

This latest mandate, along with other restrictions imposed on women, reflects the new government's lack of progress in terms of policy implementation. It is important to remember that Western culture has long demonized the idea of women wearing any type of religious covering, ignoring the fact that many women choose to wear this type of clothing of their own free will. It is also worth noting that many news anchors do not choose to wear the veil, which has sparked the protests.

Michelle Bachelet, the UN High Commissioner for Human Rights, has spoken frequently about the importance of involving Afghan women in the country's reconstruction. In a press release issued in March 2022, she advocated for them to be viewed as active agents and drivers of social change in the country, rather than as victims. Future governments and citizens will be left to make this decision.