From Bucharest, an IAF flight carrying 119 Indians and 27 foreigners departs in Delhi 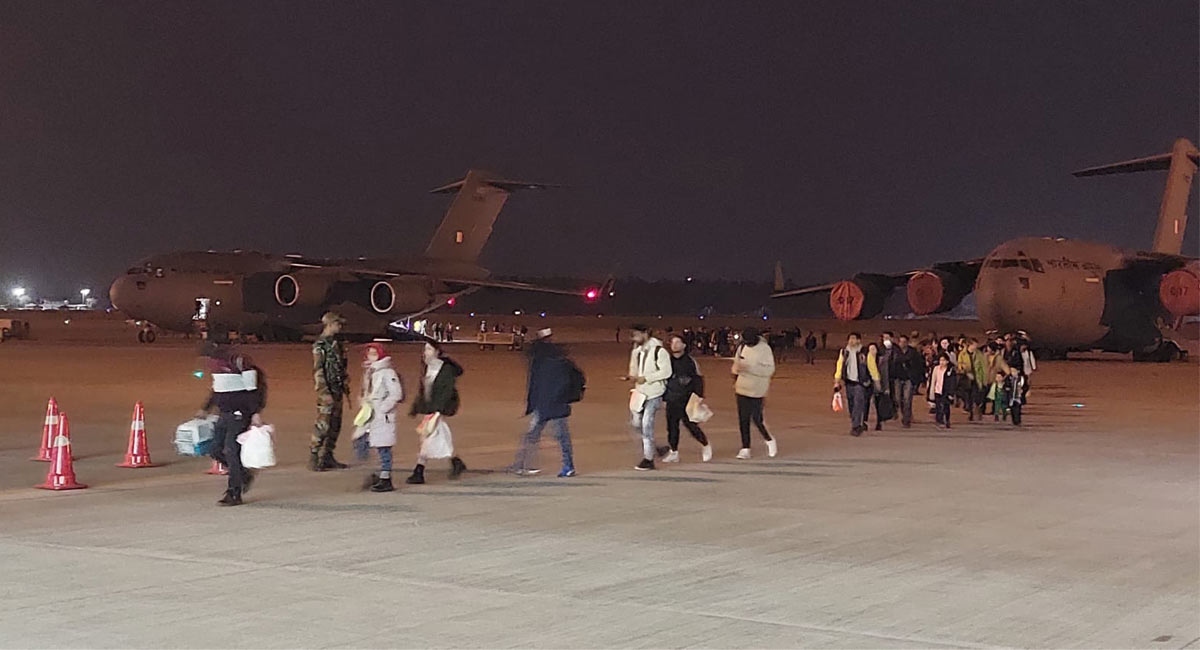 According to reports, an Indian Air Force (IAF) airplane with 119 Indians and 27 foreigners reached the Hindan airbase here on Thursday morning from the Romanian capital, Bucharest.

These Indians and foreigners were stuck in Ukraine as a consequence of Russia's military invasion, which began on February 24, 2022.

This was the IAF's 17th flight to rescue civilians who had become stranded in Ukraine because the airport has already been closed since February 24, 2022. India has begun evacuating its nationals from neighboring countries such as Romania, Hungary, Slovakia, and Poland.

According to reports, the IAF mission, which was operated on a C-17 military airplane, landed in Delhi at about 5.40 a.m. on Thursday.

They stated that Indians and foreigners were welcomed at the airbase by Minister of State for External Affairs Rajkumar Ranjan Singh. The final huge batch of 600 Indian students evacuated from Sumy, a city in northern Ukraine, has landed in Poland.

From Lviv, the Indian and other foreign students took a special train going to Poland. They are likely to fly to India on Thursday. Another special train took the students from Poltava to Lviv in western Ukraine, which is almost 895 km (approx.). "We have arrived in Poland, and from here we'll catch a plane to India," said one of the 25-year-old medical residents who was stuck in the conflict zone in Ukraine.

After a two-week painful stay in embattled Sumy, the students were evacuated from the war-torn eastern European country by covering hundreds of kilometers throughout Ukraine on various modes of transportation.

Under Operation Ganga, the Indian government is conducting a sensitive and tough evacuation strategy to help trapped Indians flee Ukraine. The operation in Sumy began on Tuesday morning with the evacuation of the final large group of around 600 Indians from the region.

According to Anshad Ali, who is a student coordinator, the Indian and several other students were transferred from Sumy to Poltava in a convoy of 13 buses guarded by the International Committee of the Red Cross (ICRC). Students who endure a perilous journey to escape a war-torn area

This is the second effort to evacuate them from Sumy, which has been subjected to severe shelling and intensive gunfire since Russia launched an attack against Ukraine last month.

For two weeks, Indian students in Sumy struggled in bomb shelters and basements of their buildings and hostels in poor weather, running short on food, water for drinking, and other materials needed while Russian soldiers attacked the city with missiles and intense gunfire.