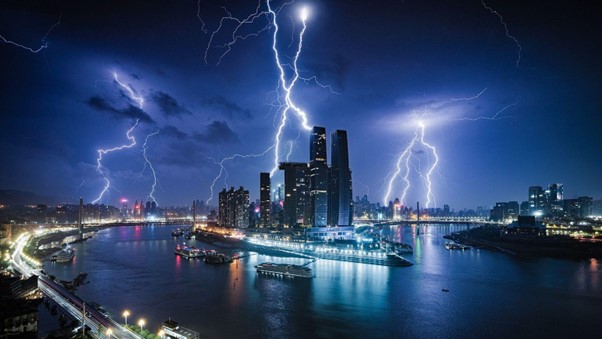 The struggle to balance on the edge to capture a perfect shot has always been a part of a photographer’s life. Whether it’s an image or the profession, the correct exposure demands extraordinary efforts and displays unimaginable outputs. The real beauty for a photographer is behind the lens; the real moments that make a great picture can be laid in moments of disaster, distress and unthinkable weather. For this year’s weather photography competition, the best pictures have been shortlisted. The announcement involved pictures of dramatic lighting strikes, fog- filled skies, extreme climate events, and a spectacular snapshot of Storm Eunice in the UK.

At a time when several countries observed the growing trend of destructive climate disasters, photographers around the globe captured stunning pictures for the ‘Weather Photographer of the Year 2022’ competition. It is run by the Royal Meteorological Society, and this is the 7th edition of the contest. It showcases 22 shortlisted pictures that were snapped in countries including China, Spain, Sweden, Slovenia, Poland, India, Ethiopia, Canada, Antarctica, Slovakia, and Myanmar.

"These photographs, whether taken on a DSLR or someone's mobile, represented the shared global appreciation for the beauty of weather and the sheer creativity of this growing community," said Jesse Ferrell, senior weather editor at AccuWeather, the weather forecasts provider that is sponsoring the contest.

Now let’s take a look at the shortlisted pictures:

The country that became increasingly isolated from the rest of the world after a military coup has contributed to one of the amazing images of the competition. Despite capturing Myanmar’s pristine beaches, Buddha, and other Buddhist attractions, photographer Aung Chan captured this image on an overcast and rainy day in Kyaikto. 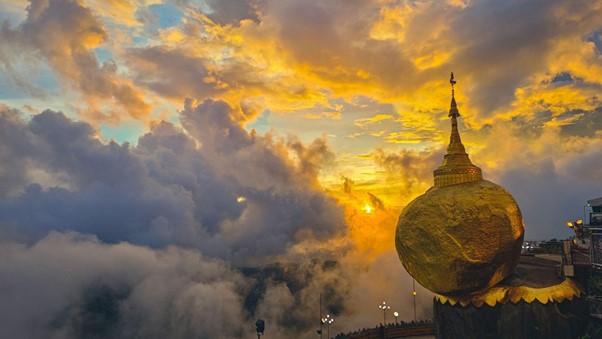 As every flower is a soul blossoming in nature, this picture by Tamas Kusza in Slovakia reserves the rarest essence of flowers in the field. 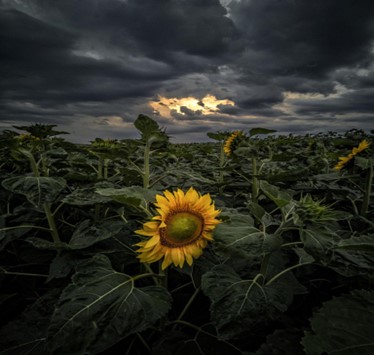 The news of Ontario buried under knee-deep snow is not new but in early February 2022, southern Ontario was hit by the worst snowfall in decades. Zhenhuan Zhou didn’t missed the opportunity to capture this photo of a horse farm. The beginning of 2022 has been full of surprises for the people of the United Kingdom. Early months began with high winds that left various parts of the country in chaos. One of the worst storms was Eunice. But who would have captured the storm at almost exactly high tide better than photographer Christopher Ison? Look at the image which got shortlisted for the awards. An overnight stop in Tarbet, Loch Lomond in Scotland, and an early morning trek with dogs Oscar and Ollie up Cruach Tairbert revealed this beautiful misty scene to Vince Campbell. 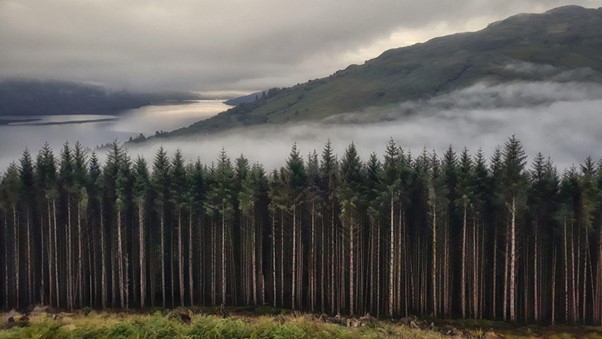 The challenges and thrills of storm-chasing photography can be relished by any photographer but not everyone has an ‘Eye Of The Storm’. When the dawn was breaking towards the right flank of a storm, Carlos Castillejo Balsera captured the perfect scene when flashes of lightning illuminated the front of a harbour in Barcelona, Spain. After the storm, here comes the rainbow. Jamie Russell captured this picture over Bembridge Lifeboat Station in the Isle of Wight. It is often said that ‘Monsoon redefines life and love’. Where could it be portrayed better than an incredible country like India? Shibasish Saha, 29, a software engineer from Calcutta, India, used a drone to fly over people collecting water lilies in Barrackpore, in the wetlands of West Bengal, during the monsoon season in August. 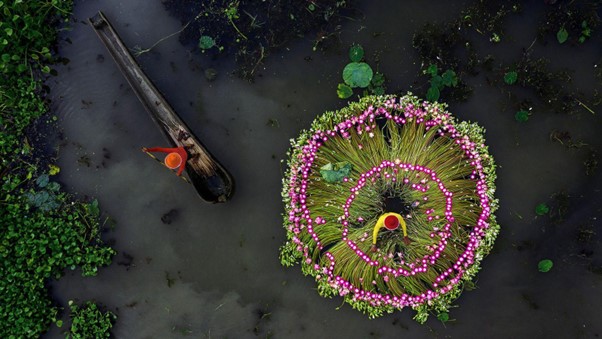 It is said that ‘Nature is the art of God’ but when nature turns cold, sometimes it displays miraculous views. Zhenhuan Zhou, 55, from Toronto, Canada, focused on Niagara Falls when parts were covered in ice. 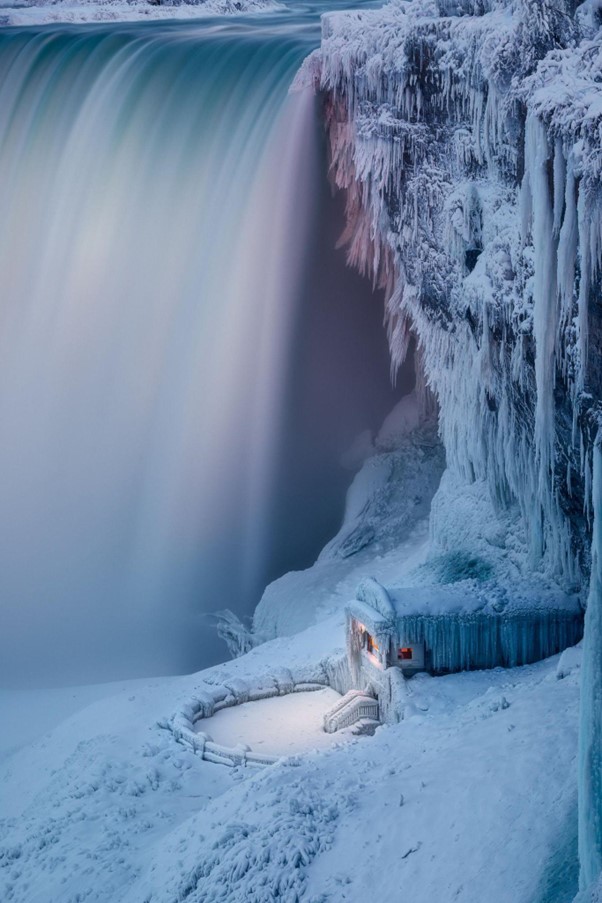 A Brocken spectre, also called Brocken bow or mountain spectre, is the magnified shadow of an observer cast upon clouds opposite the sun's direction. Emili Vilamala Benito waited until a Brocken spectre appeared on the cliff of Tavertet in Barcelona, Spain. 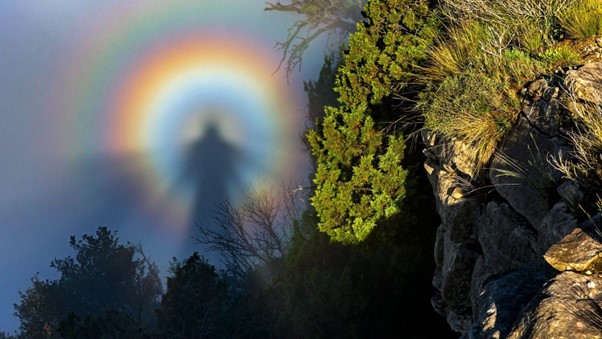 Sometimes it’s the evening when people feel alive. One of the liveliest pictures during a calm evening in Tankerton, Kent (South East England) by Brendan Conway. 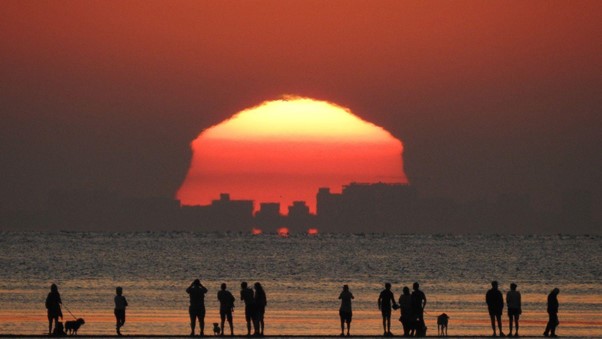 Who is not fascinated by the icy patterns that form just before dawn? Felipe Martin Menzella captured one on a frosty window in Kiruna, the northernmost town in Sweden. It’s all about the flash and the thunder. Luo Xing snapped a picture of lightning strikes over Chongqing, China. Have you ever heard the whispering of a golden wheat field? Immerse yourself in the conversation and the beauty of this snapshot by Laura Hedien in Kansas, US. 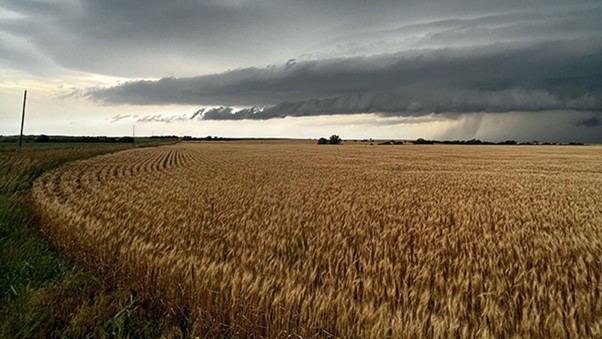 Here’s to clear skies and sunny days! Rossi Fang captured this photo on a beautiful mountain in Taiwan. 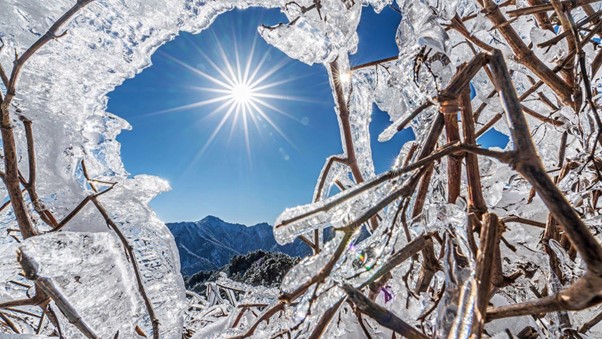 For the foggy day that puts everything into perspective. Picture from Crni Kal, a small town in Slovenia, that experiences a temperature inversion. It allows the fog to place under the bridge and happens two to three times a year. A few hours of wait let Sara Jzazbar capture this outstanding image. Listen to the rhythm of the falling rain. Picture by Andrew McCaraen in Shap, Cumbria (county in Northwest England). Nothing could have beat the heat that India witnessed this year. It left humans and animals struggling to find water. Barun Rajgaria pictured this moment in Purulia, West Bengal. Krzysztof Tollas captured a frosty and picturesque sunrise over the Gwda River in Poland. 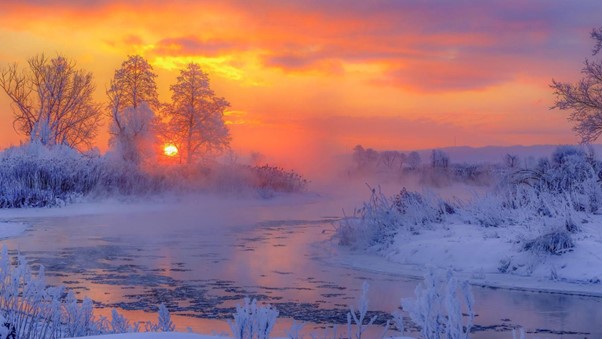 The sun is up! Thomas Chitson captured this beautiful sun halo in Antarctica. 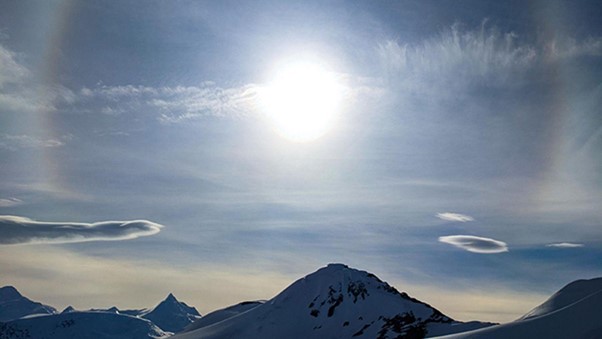 Harsh rain in Addis Ababa flooded the streets, but Betel Tibeubu said that "in that misfortune comes the opportunity for photography". 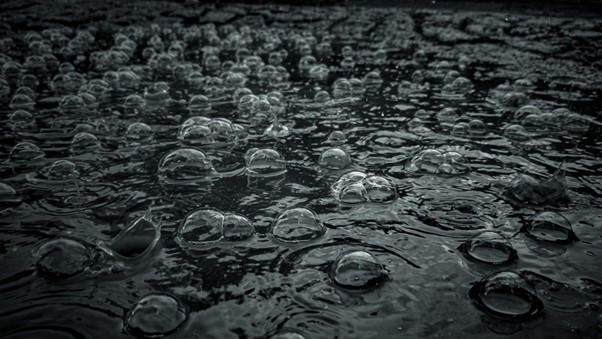 WASP-96b - A planet with water, hazes and clouds? James Webb Space Telescope discovers something nobody else could…