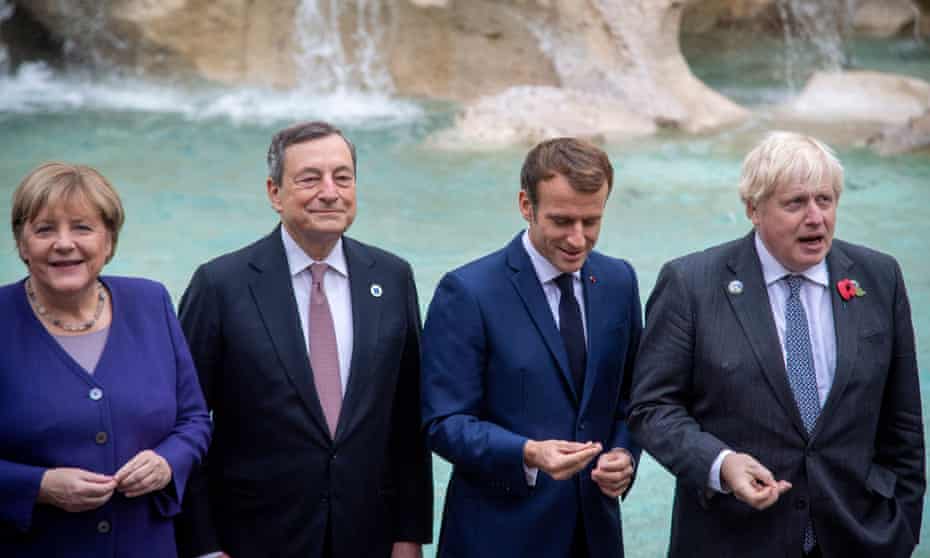 Global leaders of the world's wealthiest economies set agendas for climate change and the global economic crisis at the G20 summit in Rome, Italy.

The G20 countries have committed to seeking "meaningful and effective initiatives" to curb global warming. Responding to the call of the scientific community, noting with concern the recent reports of the IPCC, they have agreed upon a shared vision to combat climate change. As stellar as the cry to limit carbon emission sounds, the leaders have no strong appeal and very few concrete commitments. It further disappoints the climate activists worldwide—at the same time, making pledged to reach a target of net-zero carbon emissions "by or around mid-century" but no announcement of the official date.

The statement represented 'half-measures' rather than 'concrete, urgent action,' one non-governmental organization said. This is when Brazil, China, India, Germany, and the United States make up the G20 group, accounting for 80% of global greenhouse gas emissions.

By the end of this year, the communiqué promises to stop funding new, unabated coal plants worldwide, sending a solid warning to coal-dependent countries like China, Russia, and India. However, the G20 leaders did not pledge to phase out coal power in their own countries.

The communiqué, or official statement released by the leaders, also does not refer to achieving net-zero by 2050. the host nation Italy was hoping for breakthrough commitment before the COP26 summit. However, in his concluding remarks, Italian Prime Minister Mario Draghi stated that all G20 countries were committed to meeting the aim by the middle of the century.

G20 sources said negotiations were tough over so-called 'climate financing, 'which refers to a 2009 pledge by rich nations to provide $100 billion per year by 2020 to help developing countries tackle climate change. They have failed to meet the promise, generating mistrust and reluctance among some developing nations to accelerate emissions reductions.

The First Consequences Of The War For Climate Diplomacy