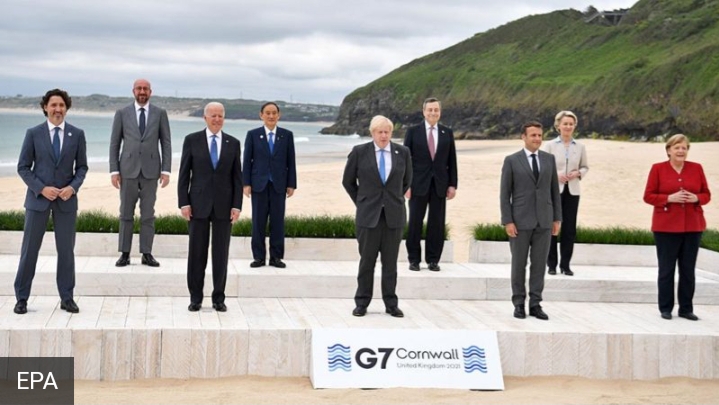 The first in-person meet after almost two years of the pandemic of prominent global leaders at the G7 summit in the United Kingdom attracted wide attention. The gathering took place in the British beach resort of Cornwall on the 11th of June and will conclude on the 13th of June, 2021.

The leaders pledged one billion doses of vaccine for countries across the world in need for this and the coming year. Dominic Raab, UK foreign minister said that the UK doesn't believe in the Covid 19 Vaccine serving the purpose of a diplomatic tool. He further adds that "there's no doubt some of this is going about, and we don't support vaccine diplomacy, let alone blackmail. We think that we've got a moral duty, but also a strong vested interest in getting the world vaccinated."

Oxfam activists and several other campaigners protested that the vaccination pledge is quite pretentious. The vaccine donations are too little and too late to tackle the pandemic situation. According to Oxfam's recent report, the world needs 11 billion doses.

The leaders posed for a photograph and headed for the opening session, "building back better" (after the pandemic) of the summit. Boris Johnson, the Prime Minister of the United Kingdom, began the talk with a focus on the maintenance of economic stability and prevention of the repetition of the " last big economic recession of 2008."

With a focus on the global pandemic recovery, Johnson called for an optimistic approach to build back greener, fairer and more equal.

The UK also announced that it'll provide £430 million ($ 606 million) to support the worst-hit population who suffered from the closure of schools, majorly the girls to the Global Partnership for Education.

An amount of $ 100 billion is expected to be set aside from the IMF (International Monetary Fund) for covid hit countries by G7.

The leaders also unanimously called for a fresh and transparent investigation of the origin of coronavirus. 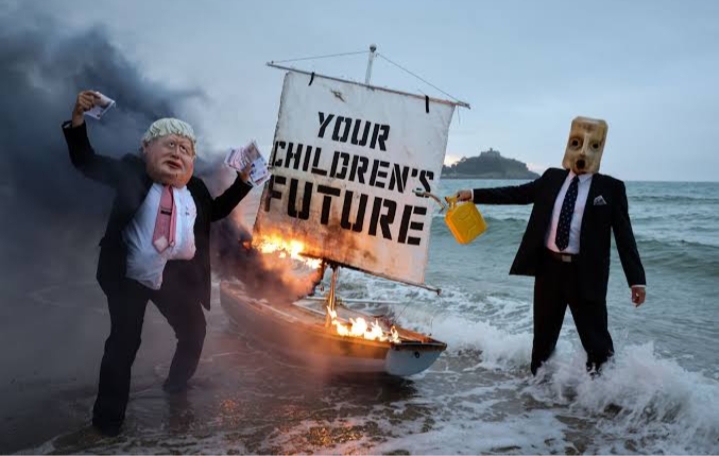 Since world war II the Atlantic Charter signed by Franklin D. Roosevelt and Winston Churchill continues to shape the relationship between the United States of America and the United Kingdom.

They both agreed on promoting free trade, human rights and law-abiding international order and hold on to the everlasting strong bond shared between the two. Boris Johnson went on to quote the relationship to be "indestructible".

China and its parallel take

Yang Jiechi, the Chinese Communist Party's chief diplomat on a one to one phone call with US secretary of state Anthony Blinken condemned the "small circle diplomacy" encouraged by the United States of America. He remarked that "genuine multilateralism is not pseudo- multilateral aims based on the interest of small circles. The only genuine multilateralism is that founded on the principles of the charter of United Nations and the international law."

The call came after the united statement of G7 leaders to counter the rising polarisation of China in the areas of trade, commerce, technology and human rights and its influence over the developing nations with infrastructure through plans like CPEC (China Pakistan Economic Corridor) and BRI (Belt Road Initiative). The Western ethos of unity against arbitrary global players is the key agenda of this summit.

The Chinese counterpart to Anthony Blinken also lashed out at the coronavirus origin theory in the Wuhan lab. He agreed on the need for WHO (World Health Organisation) Phase II studies of the virus in China and ensured cooperation on the fronts of investigation and vehemently condemned the attempts of Western world leaders to negatively portray China.

Yang also stated that in the areas of Human Rights, the US must resolve its grave violations and resist from using it as a tool to malign China with its capricious intent of authority over international affairs.

Prime Minister Narendra Modi of India joined the meet virtually because of the second deadly wave of the pandemic. He gave out the mantra of "One earth, one health" and went to advocate the waiver of patent protections for the Covid vaccine. He received support from his German counterparts, chancellor Angela Merkel and Australian Prime Minister Scott Morrison.

The G7 leaders supported the joint call of India and South Africa to WTO ( World Trade Organisation) for the same.

The Group of Seven (G7) was established in 1975-76 with seven rising economic powers of the West namely, the US, the UK, Germany, Italy, France, Japan and Canada (1976) with Russia being a member from 1997 to 2014. Russia was expelled for violating the Democratic ethos after annexing Crimea. In the initial years, the G7 countries represented 60% of global GDP (Gross Domestic Product).

With time the Group faced severe criticism for being an elite exclusionary group that chooses to ignore the burning issues like climate change and equal distribution of resources.

Currently, Carbis bay is marred by protests from climate change activists. To which Boris Johnson has urged the G7 members to cut their emissions by 2030 amid global warming and environmental deterioration.

The British proposal to create a "Global Pandemic Radar" has been backed by the World Health Organisation chief Tedros Adhanom Ghebreyesus.

G7 will be publishing its pact on the third and final day of the summit ie. 13th June 2021.