Girl with Down syndrome was mistreated, the president of the country visited her at school. 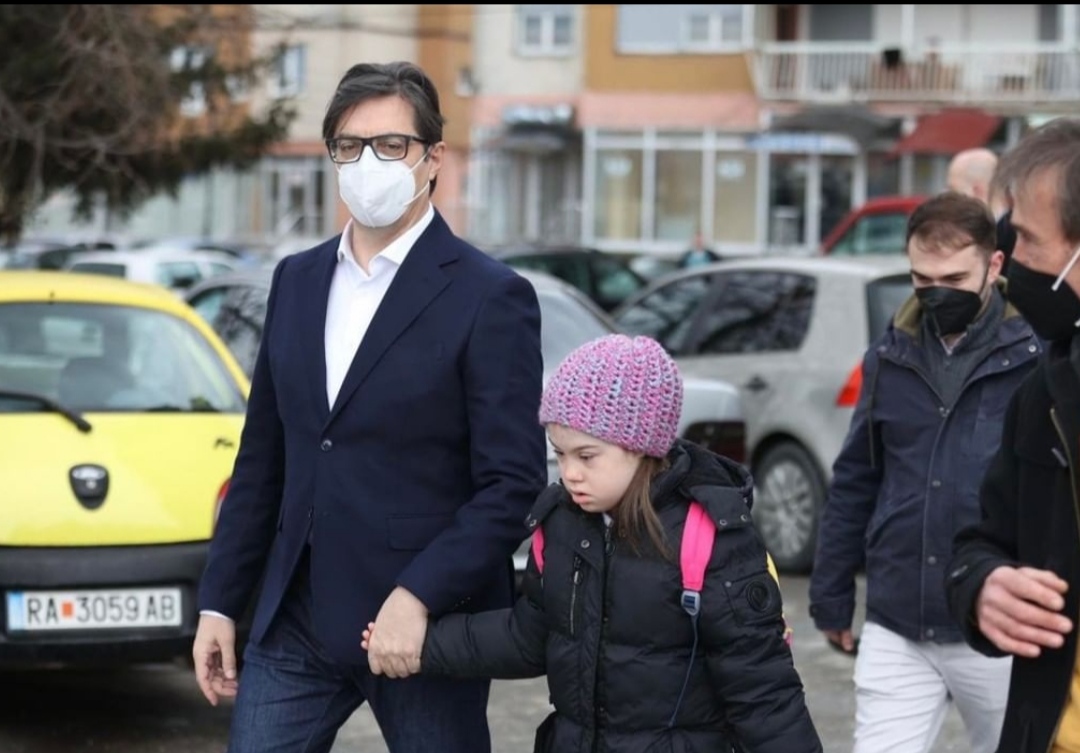 Trisomy 21 is another name for Down syndrome. This additional copy alters how the child's minds and bodies develop, posing both physical and mental difficulties. Even while children with Down syndrome may behave and appear similarly, each individual has unique strengths.

Down syndrome is characterized by different facial characteristics in both children and young adults. Although not all people with Down syndrome demonstrate the same symptoms, the following are some of the more commonly known:

The face has been flattened, there is a short neck and a small head, and the tongue protrudes. Eyelids that slope upward (palpebral fissures), Ears that are unusually shaped or tiny, Muscle tenseness Hands that are broad and short, with a single wrinkle on the palm, fingers that are quite short, as well as hands and feet that are small, extreme adaptability, Brushfield's spots are little white dots on the colored area of the eye (iris) and short stature.

When the President of the Republic of North Macedonia personally heard that an 11-year-old girl school student with Down syndrome was being mistreated and bullied at school, he accompanied her to school. The president is being complimented for taking this significant milestone towards unity and equality.

The president engaged with the girl's family to understand the difficulties they deal with every day, including bullying, and supported them "in their battle for the safeguarding of children's rights," according to the statement.

On Instagram, the President said, "Embla's store reminds us of the stereotypes we live with, as well as the importance of more safety and care for children with difficulties," Macedonia's President said, with a video and a photograph of their meeting.

Pendarovski also highlighted the significance of adhering to the legal requirements for participation in the academic system, highlighting personal accountability and social responsibility. According to the statement, "the President warned that people who undermine the rights of children are inappropriate, particularly when it comes to children with mental development."

He highlighted that no kid should have been left alone and that children with special needs should not only have the rights that they deserve, but they should also feel equal and welcomed in their institutions of learning.

It is our moral responsibility as a state, but also as individual people, and empathy is the crucial element in this common mission. It will benefit children like Embla, but it will also teach us how to truly live happily, start sharing, and be in mutual support, "Pendarovski was mentioned in the text on social media. "

He told the local media that those prejudices in that setting are the primary barrier to developing an impartial and just democracy for everybody, he told the local media. As pictures and videos of the President with the small child circulated on social media, they gained extensive appreciation.