“Give me liberty, or give me death” - June Fourth Incident's 33rd anniversary commemorative art exhibition opens in Taipei 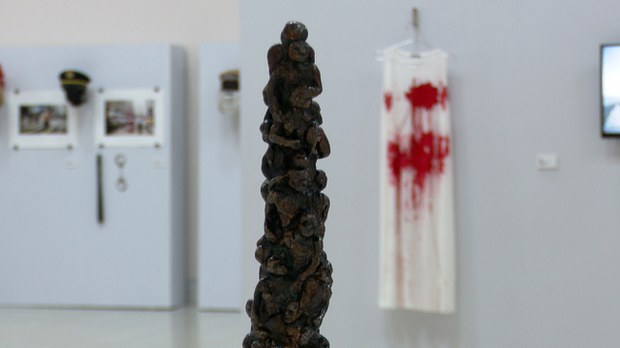 The exhibition’s subject matter covers political events in Hong Kong, Taiwan, and Myanmar. Curator Shake says the exhibition is an artistic expression of resistance to totalitarianism through cross-border artists.

Chairman of the Board of Directors of the Chinese Academy for Democracy, Mr Tsang Kin-yuen, mentioned that artists from different countries and forms were invited to participate in this exhibition to express their support for freedom of creation.

Tsang said that due to Hong Kong’s National Security Law, Taiwan was left alone in the Chinese community to commemorate the June Fourth Incident this year, so he hoped that through a series of commemorative activities, the spirit of Hong Kong and the souls yearning for freedom would come to Taiwan together.

In this 33rd anniversary exhibition, Danish artist Jens Galschiøt’s sculpture “Pillar of Shame”, which had been erected at the University of Hong Kong for 23 years, was torn down by the university at the end of last year (2021). The Chinese Academy for Democracy has been given the mandate to raise funds to “replicate” this sculpture work. 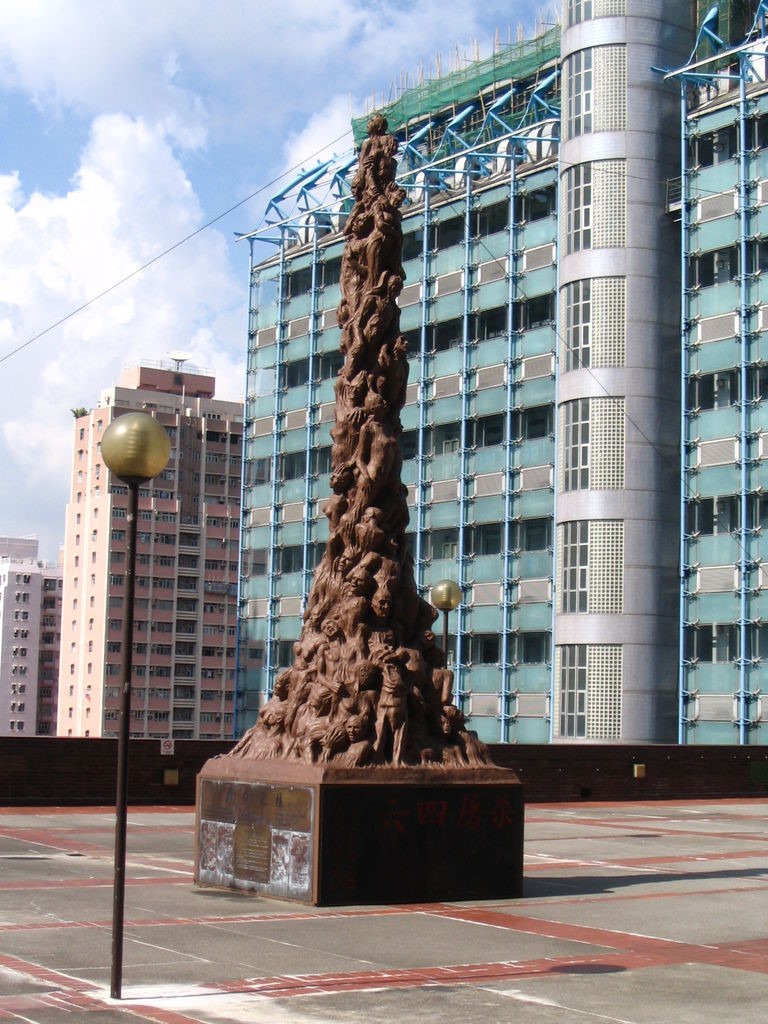 Galschiøt said he was delighted to be able to recreate the “Pillar of Shame” in Taiwan by 3D printing, and that he was supposed to meet everyone in person in Taiwan this year, but unfortunately, he was unable to go there to unveil it due to the pandemic. In the addition, he also mentioned that artists may seem small in front of authoritarian power, but when united, they can still be powerful.

Huang Kwok Choi, a Hong Kong artist in exile in Taiwan and former assistant professor at the Hong Kong Polytechnic University, also participated in the exhibition. He said, “I left because I was looking for 100% freedom of artistic expression, so I came to Taiwan.” Huang noted that it is no longer possible to talk openly about democracy and freedom in Hong Kong and that Taiwan should cherish and grasp it.

This commemorative exhibition also included performances and interactive installations by various artists on the theme of territorial sovereignty and resistance to tyranny. The exhibition is part of the June Fourth Incident commemorative series and will run until June 12.