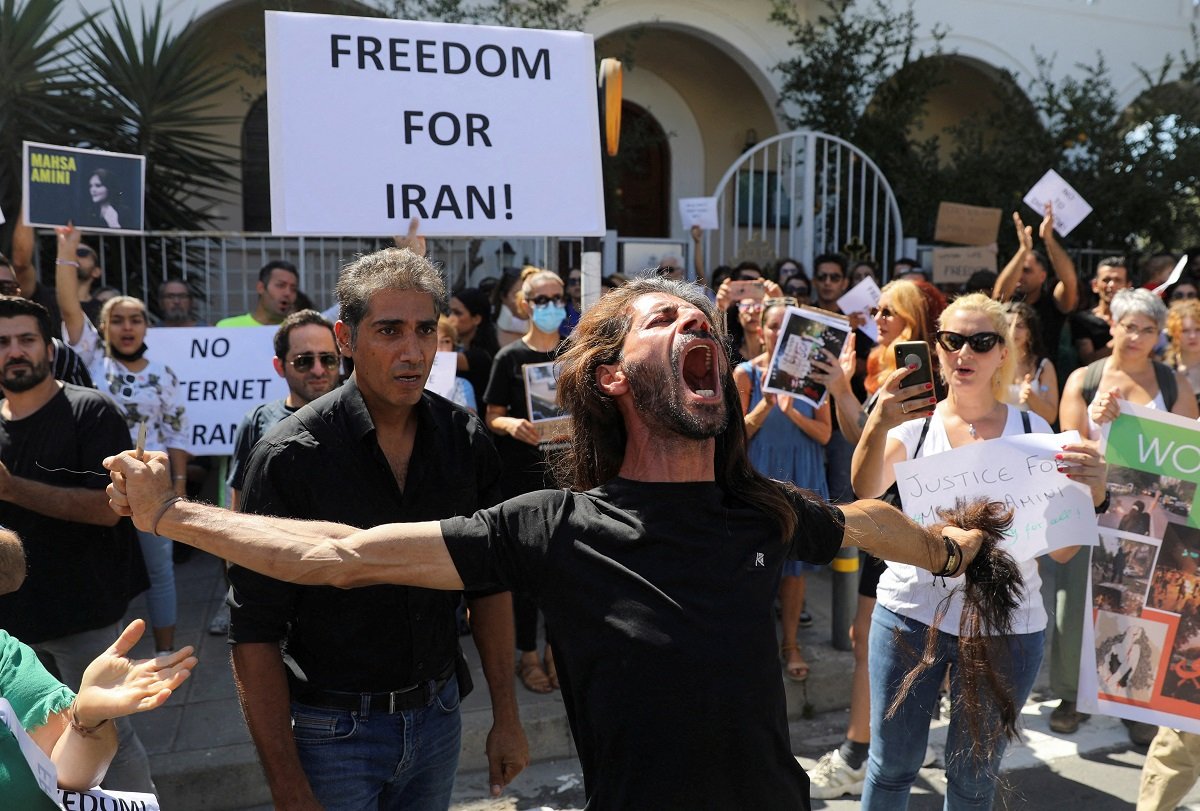 Civil unrest continues to sweep through Iran as it reaches four months since protests first began.

A surge of anti-government demonstrations erupted in September following the death of Mahsa Amini, a 22-year-old student killed in police custody after being arrested for violating the country’s strict hijab regulations. Civilians took to the streets in support of women’s rights, maintaining that women and girls should decide themselves whether or not they choose to veil.

Iran has historically upheld rigorous levels of control over veiling in reflection of the country’s religious beliefs, first introducing criminal punishment for those violating hijab laws in 1990. However, SBS news describes the ongoing protests in the country as the “biggest challenge to the regime since 1979.”

As we enter the new year, this wave of political activism in support of women’s autonomy shows no signs of slowing down. Demonstrations are becoming increasingly organised so as to effect maximum disturbance. University students coordinate their boycotts on days when few other local marches are occurring, where civilians then unite to barricade streets ahead of protests. This strategic approach intentionally stretches government resources and ensures extreme destabilisation of security forces.

Despite this, Iranian authorities refuse to acknowledge the plight of their women battling for basic human rights. Ali Khamenei, Supreme Leader of Iran denied in a speech on January 9 that the political regime is responsible for the widespread protest, instead claiming that Europe and the United States are employing subversive propaganda to “destroy the strength of the country.”

This statement comes as the government continues their steadfast employment of violent and aggressive tactics to quell civil demonstrations. The Iran Human Rights group (IHR) stated this month that the death toll stands at 481 since protests began, 64 of those being minors. A further 109 civilians being held in detention centres have either been sentenced to death or face criminal charges that carry capital punishment.

A ruling in December by Iranian officials sentenced three protestors to death, under Islamic Sharia law. Saleh Mirhashemi, Majid Kazemi and Saeed Yaghoubi face charges of moharebeh, or "war against God". The death row prisoners have been denied access to lawyers during the interrogation proceedings and trial, according to IRH.

The UK imposed sanctions on Iran’s prosecutor general, Mohammad Jafar Montazeri, for a similar case earlier this month. British-Iranian citizen Alireza Akbari was executed after authorities deemed him an MI6 spy – a claim the Foreign Office strongly refutes. In a smuggled audio recording released by his family, Akbari claimed he had made false confessions as a result of extreme torture. According to Sky News, he said “With more than 3,500 hours of torture, psychedelic drugs and psychological tactics, they took away my will. They drove me to the brink of madness… and forced me to make false confessions by force of arms and death threats.”

Akbari continued, “They would tell me: ‘If you resist, we will send you to the dark cells of Evin prison where you’ll face an interrogator with a whip’.”

UK Prime Minister Rishi Sunak deemed Akbari’s execution “a cowardly act, carried out by a barbaric regime with no respect for the rights of their own people.” In a January press release, the UN Human Rights Chief outlined how the death penalty is being weaponised by Iranian authorities to strike fear into its people and stamp out dissent – a blatant violation of human rights laws.

Despite international response, Iran's government continues to intensify their persecution of women and protestors – the judiciary claiming last week that it will “firmly punish” those who violate hijab rules. Authorities have since implemented new punishments for non-compliance, ranging from community service and job dismissal to international travel bans. Economic penalties are also being enforced using new surveillance technologies, meaning taxis, restaurants, and other public facilities face fines if they offer services to women without hijabs.

With the number of protests increasing and the government’s sanctions with it, it’s safe to assume that conflict in Iran is far from over.