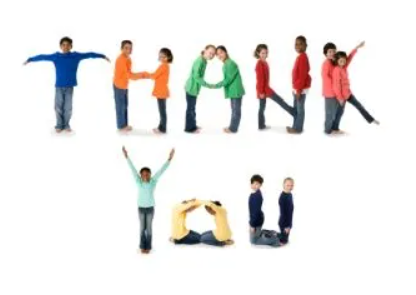 We all celebrate different kinds of festivals and functions in our family, nation, and as a whole. We hold a festival to commemorate a victory, a birth, a harvest, and so on.

People from America celebrate a festival as a symbol of thanking, named "Thanksgiving". This has been celebrated on the 4th Thursday of November in America. It has also been celebrated in the surrounding countries like Canada, Canada, Grenada, Saint Lucia, and Liberia.

Starting in 1602, Puritans and Catholics had a controversy. When Puritans started separating from Catholics, they believed that Puritans were following human-raised principles and not the ones that scripture quoted. Little by little, people started to depart from Europe for the Netherlands.

During that time period of 1620, a group of people from Europe left the place in search of new land. They considered that land to be the Promised Land. They were 102 people, and their aim was to reach the Promised Land and start their prayers in a free style. They were in need of a private space for prayer. They boarded a ship named "Mayflower". It started with 102 passengers and a crew of 30 people. It reached America and anchored near the tip of Cape Cod, Massachusetts. (which was earlier called Plymouth).

As soon as they reached the land, eyes from those lands started aiming arrows towards these colonies. In return, the Puritans started shooting them with guns, killed the whole tribe, and settled there as native people.

Many people consider and call the people who helped the Europeans in the new land "Red-Indians." But the truth was that the people they met at the shore were not Red-Indians; they were Native Americans.

When Europeans started sailing, they planned to drive to India and wanted to start their lives there. But, due to great turmoil in the weather, they hit the shores of North America and called the man in red "Red-Indian". They assumed that they had landed in India and the people who lived there were Indians. People still refer to the native people of that new land who lived at the time as "red Indians." They were Native Americans.

After they settled in the new place, people started to die of winter, hunger, and disease. During that time, a disease started spreading all over the nation, and half of the Puritans were dead because of that disease. Only 53 survived of the 102 Puritans.

As a saviour, a man entered their land, and he belonged to the tribe (Wampanoag) that settled nearby. He was a Native American. At first, they found him as a threat and pointed their gun at him, but as soon as they heard him speaking in broken English, they called him and pleaded for their help.

They both had communication problems, so he planned to bring another man who was good at speaking the puritans’ language, English. So, he departed and arrived with a man named Squanto within 3 days.

He taught them how to plant corn, beans, and squash and how to hunt and fish. The Puritans considered him a gift from God. He helped them by teaching them how to survive in the new land.

In return for Squanto’s help, the Puritans shared their harvest with the tribe of Squanto and feasted for three days. The two peoples feasted together in the spirit of peace and fraternity when a good harvest was harvested in the fall.

This feasting and brotherhood became a custom that is still followed today. The feasting and showing their gratitude to the tribe of Squanto was later renamed "Thanksgiving."

In most countries, thanking God for a good harvest is considered a form of thanksgiving after harvest. However, the history of thanksgiving in North America is based on the Puritans' protest for reformation.

During the days of thanksgiving, people bring their harvested corn, pumpkin, beans, squash, turkeys, and fish. Among all these, turkey, corn, and pumpkin would be kept as mandatory dishes in every American home.

Members of their families would return to their nations to celebrate "Thanksgiving" at any cost. They spend their time with their family to the fullest. Games and enjoyment would overflow into the family. They gather together and celebrate it as a festival in their houses.

Thanksgiving has become a festival of family, culture, government, and religion. From November 30th until January 1st, the whole nation would be in ecstatic mode.

There would also be sales during those days, and the price of the things would be cheaper than anything. People would be rushing and fighting for things to buy. On Thursday, there would be a bigger sale. The next day would be called Black Friday, and the continuing Monday, Cyber Monday. Those 3 days, the sales would be low budget and people would rush to buy things.

People are buying and copying many things from America. But why don’t we make the act of thanksgiving a part of our lives? Let it be a traditional festival in our country or state, but let’s take a moment to thank the ones who fed us when we went hungry, gave us water when we were thirsty, and gave us clothes when we were without clothes. Many people would have passed by our lives and given us life-giving words as food, stretched their hands as a source of water, and shielded us from harm.

Give thanks from the bottom of your heart.