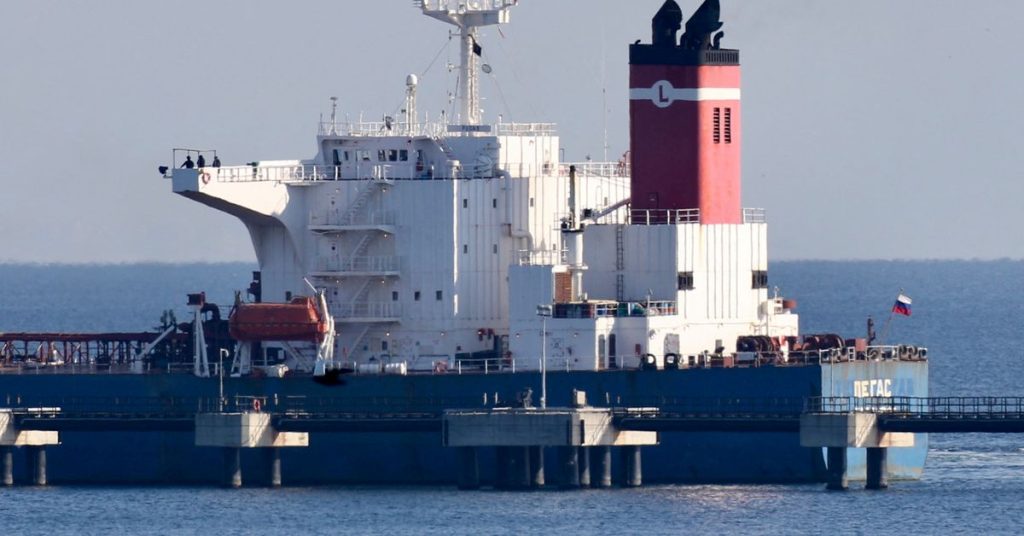 A Russian oil tanker arrested in Greece this week and carrying oil, probably Iranian, will be released after Greek authorities noticed that the ship has a different owner than the alleged one. And thus have no legal basis to maintain her arrest according to the sanctions imposed on Russia. by the EU following the aggression against Ukraine, Reuters reports. The Pegasus tanker, with a displacement of 115,500 TDW and a crew of 19 Russian sailors, was arrested on the coast of the island of Evia on Tuesday, according to the EU decision banning the access of Russian ships to European ports.

According to initial reports, the oil tanker belonged to a company associated with the Russian bank Promsvyazbank, so it complied with European sanctions. However, subsequent checks revealed that the oil tanker belonged to another company following a transfer of ownership last year. Still, it is unclear which company it is, as the Greek authorities did not provide details.

However, a Greek source said that the new owner of the tanker is not on the European sanctions list, so the Athens authorities have no legal basis to maintain the arrest of the ship so that they will release it.

This month, in response to the Russian invasion of Ukraine, the EU banned Russian ships from entering European ports, with a few exceptions.

The Russian-flagged 115,500-tonne oil tanker Pegasus, with a crew of 19 Russians, was detained near Karystos on the southern coast of the island of Evia, which borders neighboring Greece. It is unclear to whom the oil company owned by the Russian company Transmorflot is leased.

Pegasus, renamed Lana last month, had reported an engine problem on his way to the Greek Peloponnese peninsula to unload crude oil on another tanker. Still, challenging weather conditions have forced him to anchor off the port of Karystos, according to Athens News Agency, Reuters.

A Coast Guard spokesman said the ship's cargo had not been confiscated.

The United States Promoting Group Against Nuclear Iran (UANI), which monitors oil and sea traffic in the Tehran regime, says Pegasus has loaded about 700,000 barrels of crude oil from the Iranian island of Sirri. On August 19 last year. The tanker then tried to unload at a Turkish port and headed for Greece.

The Russian embassy in Athens said on Twitter that it was paying attention to the case and contacting Greek authorities.

An official from the Greek Ministry of Maritime Affairs has confirmed the arrest following EU sanctions.