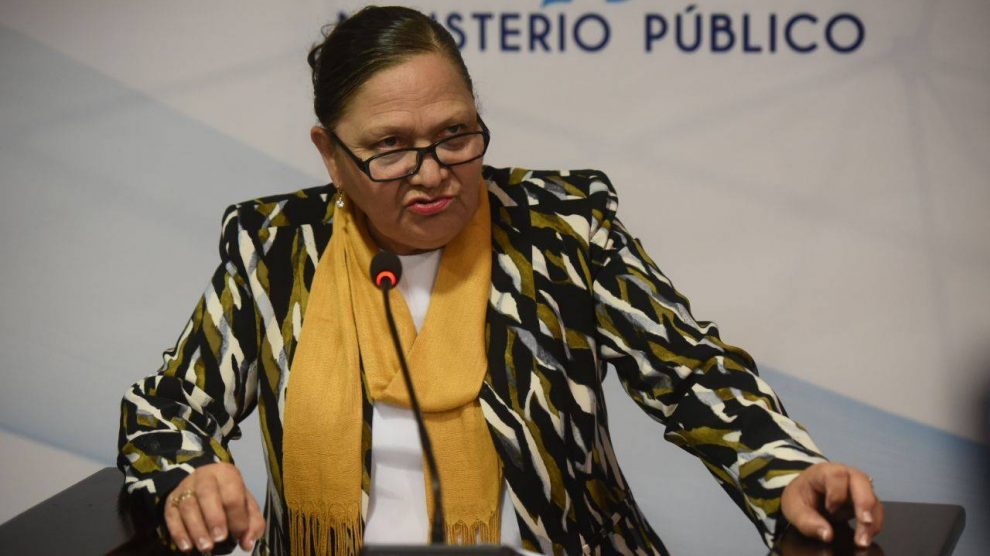 Guatemala’s dissented attorney general is running for a second term.

Consuelo Porras was the driving force behind anti-corruption efforts against corrupt politicians, businessmen, lawyers, and other high-ranking officials that damaged the country's democracy. The public's support for the attorney general has diminished in recent years. She has been accused of corruption, illegally imprisoning her coworkers, interfering with anti-corruption investigations, and protecting the elite's interests.

Guatemalan President Alejandro Giammatteii, who was once under investigation for corruption, is now Porras' most vocal public and government defender. Since last year, many international institutions, including the United States government, have refrained from handling legal matters with her office, including the US government, which canceled her visa.

Attorney General Porras has a history of avoiding questions about his own incrimination. According to the Associated Press, Porras "dismisses the accusations and dodges questions with legal language and recitations of the law."

The country awaits Giammattei's decision on who will take over as the nation's highest prosecutor. Many people are hoping that he will use this chance to re-establish the country's stalled fight against corruption and to defend democratic ideals.

Porras is one of 15 candidates competing for the presidency. Guatemalans are worried about the public support President Giammattei has shown for her. Only one other candidate, out of the other 14 candidates, is in a competitive race with Porras. Guatemala's solicitor general, Luis Donado, is also a close friend of Giammattei. The remaining contenders are almost certainly playing a losing game.

Porras was nominated by former President Jimmy Morales in 2018 during a period of significant corruption. The prosecutor she was following, Thelma Aldana, was looking into a number of high-profile cases involving President Morales himself. While Morales was in office, the probe was carried out in collaboration with some of his associates and relatives.

Porras' associates remarked of her apathy in anti-corruption investigations when she was in power. Colombian lawyer Ivan Velasquez spoke out against her inability to confront someone directly and defended the CICIG. The CICIG was a United Nations-backed anti-corruption mission that aided the Special Prosecutors' Office Against Impunity in eliminating unlawful networks and strengthening their anti-corruption capabilities to deal with difficult legal challenges.

In August 2019, while under investigation, former President Jimmy Morales terminated the CICIG operation, and Porras was interrogated for failing to oppose his decision.

When Giammattei became the subject of an investigation, Consuelo Porras went from apathy to obstruction. Prosecutors and associates who previously worked with the CICIG mission were targeted, and many fled the country. According to the Associated Press, "during her tenure, roughly 20 prosecutors, judges, and magistrates have gone into exile, fearing punishment for their work on corruption investigations."

Protesters in Guatemala are calling for President Giammattei to resign

What Went Wrong With Bihar?