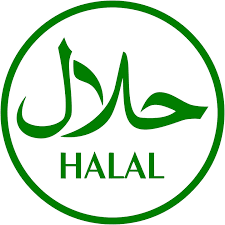 “Halal” is the word that indicates to the Muslims what is allowed and what is not. It is opposed to the word “Haram”, literally meaning prohibited. This term is used in many fields, from food to clothing, language to behavior. These precepts refer to the holy book of the Koran. Nevertheless, it is important to underline that it works as an important economic driver, since the faithful see in this word a clear structure to follow. The family is the first source of information for the Muslims who approach these rules, followed by the media and public speeches. Also, not to be underestimated is the power of the internet, where people of the Islamic religion post questions and answers to follow the precepts strictly. In addition, several applications have been developed in recent years to consult what is prohibited and what is not.

As can be understood, the significant presence of Muslims worldwide entails a large amount of economic income. The global Halal food market is worth almost 2 trillion USD dollars and is expected to double by 2027. As a result, this trend also takes on socio-political significance, constituting an essential slice of the market. At the same time, marketing strategies are put in place to convert as many people as possible towards respecting behaviors considered pure. Connecting us to this concept, the discourse of labels and certifications intervenes.

The certification process for these labels represents a great business. Considering that there are more than 130 standards to verify if food, cosmetics, or other products are Halal, there is an excellent criticism of those who do not respect these standards or scam Muslim people in this sense. Bearing that these certifications very often come out of the sphere of governmental competence, the process turns out to be much more complex. Also, the method of killing animals is crucial. For example, in Germany, killing animals without first anesthetizing them is forbidden. At the same time, according to the Halal precepts, it is not allowed to eat animals that have been anesthetized before their death. Consequently, Halal food companies stun animals before slaughtering them to overcome this impasse, satisfying both local laws and consumers.

However, as anticipated in the first lines of this article, the term “Halal” also concerns other fields. In recent years, a tremendous boom interested banks that follow the values ​​and ideals of the Muslim community and, more precisely, the Sharia. This means that they do not invest in gambling or tobacco companies. More importantly, although there is a heated controversy, the use of interest rates is not allowed since it is explained that this custom was not implemented at the time of Muhammad. At the same time, economic activities that include speculation are prohibited. For the transparency presented and the observation of Islamic values, these banks are increasingly becoming a choice for the Muslim population.

Additionally, fashion has also begun to follow the Halal rules. Many Muslim women previously felt ignored due to a lack of clothing suited to their religious needs. As we know, many of them wear the veil. With increasing attention to these customs, many companies have begun to invest in projects for the Muslim female population. Fashion revenue for the Muslim population is estimated to be $ 300 billion annually. Recently, 10% of this figure comes from Halal clothing or accessories. Outstanding commitment is applied to avoiding the use of alcohol or animal traces in cosmetics, as well as to producing clothing that follows Islamic customs. This trend is also witnessing an increase, despite some setbacks. In fact, in 2019, Decathlon began selling and sponsoring headscarf sports equipment for Muslim women. After receiving so many reports and complaints, the French giant was forced to withdraw these products from the market.

The world of tourism has also adapted to Halal demands. Many agencies offer packages that stay in line with their customers' religious needs. This means, for example, offering facilities where beaches, spas and swimming pools are divided by gender or where there are suitable environments for daily prayers. In addition, Halal foods are offered, and alcohol consumption is never included in the stay. One of the destinations with the most proposals is Turkey, which is undoubtedly careful to meet Muslim customers' requirements after suffering a sharp decline in demand from Europeans and Russians.

Despite these positive aspects, which allow an ever-greater integration of the Islamic population around the world, they are accompanied by episodes of racist violence. Indeed, many countries have developed Islamophobic protests organized by the most extremist proper factions. In Germany, more than 900 assaults on Muslims or institutions were recorded in 2020. There have been 77 attacks on mosques to protest the "Islamization" of the country. Indeed, in supermarkets, Halal products were replaced or damaged, creating confusion for consumers.

In light of these considerations, it is undoubtedly positive that more and more suppliers and companies are attentive to the Islamic religion’s precepts. The growing integration of cultures is synonymous with solidarity toward different cultures. Nevertheless, as with most modern things, economic returns often outweigh values. We have seen how many suppliers try to evade the required standards to save on the product and have greater profits. At the same time, Islamophobia turns out to be a significant problem when trying to create integration. The author remains firmly convinced of the need to insist on this path by always proposing many solutions for different needs since a peaceful coexistence is grafted when everyone offers the same opportunities. As a result, Islamic communities will increasingly contribute to the growth of society by having tools and benefits available to suit their religion.