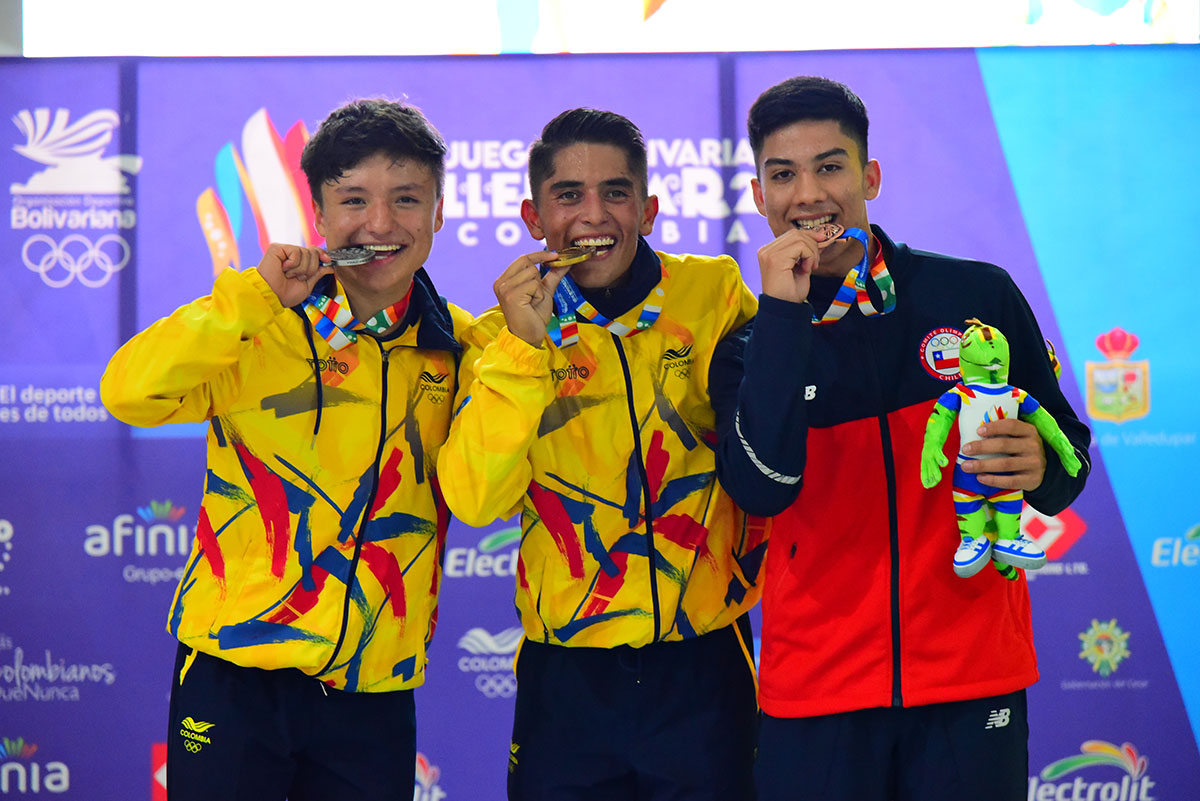 The province town of Valledupar, Cesar in Colombia, is famous for its festival of folkloric music, Vallenato, held at the end of April.

The first Bolivarian games were held in the Colombian capital of Bogota in 1938 as a means to unite the countries that were freed from the Spanish Empire by the political and military leader, Simon Bolivar. They are held every four years, with Colombia previously hosting them four times and being named a champion twice. This year, the games were held from June 24 till July 5.

Guatupi is the symbol of these games and was named after the Guatapuri River - the main river in Valledupar. The image of the Guatupi is an iguana, a very common reptile in this territory.

Colombia won for the third time this year- they have 171 gold medals, 104 silver, and 79 bronze. Venezuela came in second place and Ecuador in third.

It is vital to note the enthusiasm of fans and the united spirit of the citizens. There were not many drunken fans queuing or in the arenas. As for the artistic roller skating, the fan area was small, so there were fewer crowds. People were arriving in advance to secure a seat until the games commenced. It was an open arena, so when the athletes started their performance, the temperature was 30C outside.

There were no flashing lights but music, creative costumes, and roller skaters. The entire arena watched the show with excitement and cheered for all the athletes equally. As some skaters fell, the audience would applaud and cheer, "You can do it”!

Commercials were uncommon for this event, and there were very few souvenir shops to buy game merchandise from in tandem with street vendors solely promoting visiting the games. However, there were families dressed across the nation in national yellow-red-blue T-shirts. It is obvious that Vallenatos and Vallenatas enjoy sports and that they were honored to host Bolivarian games this year.

After interviewing fans of different ages, each said that the games were new to their city. This could explain why the arenas were filled with families, older people, foreigners, etc.

“I liked athleticism the most. I wanted to see basketball games, but the stadium was full. I liked the new stadiums and hope that unfinished buildings will be done soon and young people will use them. This event has united not only Colombians with each other, but also with our neighbor country Venezuela and with foreigners like you or guests and tourists from Southern American countries”, Claudia from Valledupar commented.

It was mentioned on the official site of the Bolivarian games that by June 14, the gymnastics coliseum, aquatic complex, and baseball stadium were just 75% completed. However, they all were claimed to have technical areas for competitions, changing facilities for judges and athletes, and a place for doctors.

It is unclear whether professional and non-professional athletes will get access to the stadiums in the future. Secretary of recreation and sports Cesar Regulo Pineda explained the stadium's end uses.

“We are planning the manual for using these stadiums. We are finding a way for training schools to have the possibility of using them in a controlled way. Also, they should be available for teams from different towns of the department of Cesar to train there and to perform at the national and international competitions”, Pineda said.