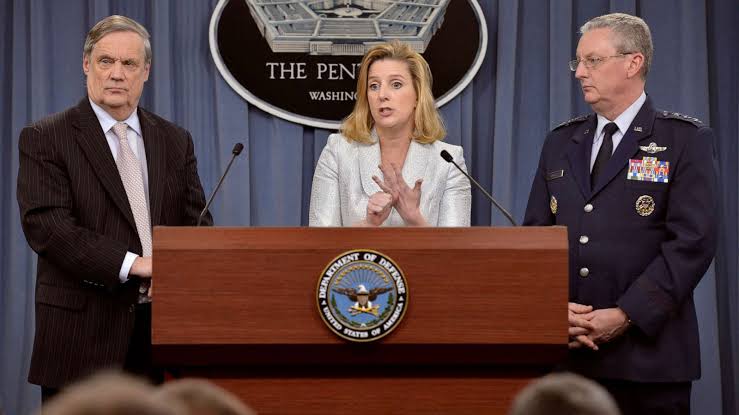 Under the leadership of Joe Biden, the US government has consistently been seen making deliberate and earnest attempts to increase the number of experienced women working on and under prominent national security and other significant political positions. Christine Wormuth was appointed as the first female army secretary on May 28, 2021, marking a seismic shift in the defense department.

The Secretary of the Army is a senior civilian official in the US Department of Defense and serves a key role in performing different functions related to the US Army like identifying the requirements related to manpower, personnel, reserve affairs, installations, environmental issues, weapons systems, and equipment acquisition, and financial management.

However, Majority Leader Chuck Schumer demanded that the move must be reversed just under two hours later, thus reversing her confirmation.

The Senate's U-turn came when Sen. Kevin Cramer placed a procedural hold on the nomination — a parliamentary manoeuvre that allows a senator to slow down a nominee — for a matter unrelated to Wormuth. Cramer said that the Senate confirmed her candidacy before he had removed the hold, forcing leadership to reverse course.

Cramer grilled Wormuth about the issue during her confirmation hearing and voted nay on Tuesday in a committee vote on her candidacy. After speaking with Deputy Defense Secretary Kathleen Hicks on Thursday, Cramer expressed confidence that the situation would be rectified and that the officer would be paid back.

Wormuth breezed through her Senate Armed Services confirmation hearing earlier this month, promising to be a loud advocate for fully supporting the Army and fighting efforts to make it a "bill payer" for the Air Force and Navy's expensive demands.

Wormuth stated during her testimony that the United States is at a “strategic inflection point” unlike any other time in her career.

Christine Wormuth has long been recognised as a woman with excellent leadership characteristics as well as a person well-versed in the concerns and requirements of defense and national security, having previously worked as director of the International Security and Defense Policy Center at the organisation RAND.

Ms. Wormuth would join other women selected to senior Pentagon roles, including Kathleen Hicks, the deputy defense secretary, and Kelly Magsamen, the chief of staff to Defense Secretary Lloyd J. Austin III, who served on Mr. Biden's Pentagon transition team after the election.

Christine Wormuth graduated from Williams College in Williamstown, Berkshire County, Massachusetts, in 1991 with a bachelor's degree in political science, government, and fine arts. Later, she earned a master's degree from the University of Maryland with a master's degree in public policy and national security policy studies in 1995.

She has been a driving force behind US defense and security policy for nearly two decades. Between 2014 through 2016, she served as the United States' Under Secretary of Defense for Policy. Since she was given the responsibility for all matters relating to the formulation of national security and defense policy, as well as the integration and oversight of Department of Defense policy and plans to achieve national security objectives, it was easier for her to get acquainted with the defense field more comprehensively.

Ms. Wormuth headed the Department's 2014 Quadrennial Defense Review as DUSD. She was a Special Assistant to the President and Senior Director for Defense Policy and Strategy on the National Security Staff before becoming DUSD(NSS). She was one of the very few people who managed the Defense Directorate and was responsible for providing NSS expertise on global, functional, and regional defense, military, and political-military matters as the Senior Director for Defense Policy and Strategy.

Wormuth spearheaded a comprehensive effort to revise nuclear weapons planning and employment guidelines at the National Security Council, where she played a crucial role in the 2012 Defense Strategic Guidance. Her government career is punctuated by stops at two national security research institutes.

In a statement, Defense Secretary Lloyd Austin praised the appointment choice as well as decision and said, “Christine is a true patriot with a dedicated career in service to America and our nation’s security.”

Women's responsibilities in the US Army have evolved as quickly as—and in some cases faster than—society during the previous 70 years. Many of these modifications have been beneficial. Many women, for example, have excelled in newly available vocations, specialties, and abilities. Women, on the other hand, continue to face prejudices about who they are and how capable they are in their jobs.

These attitudes and ideas jeopardize the Armed Forces' mission as well as their integrity.

The selection of Christine Wormuth as the army secretary is being hailed as a big victory for women and the Biden administration's goal of achieving gender equality and representation.