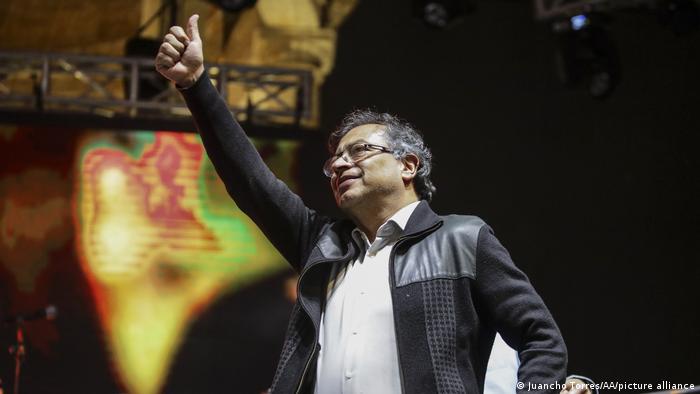 With Gustavo Petro's election victory, Colombia made history. Colombia will have a leftist government for the first time.

Petro defeated his rival Rodolfo Hernandez, a billionaire independent candidate whose campaign was focused on fighting corruption, with 50.4 percent of the votes cast in the second round of political elections. It represents a considerable step forward for Colombia's new era of change, confirming a significant shift in Colombian society and reshaping the country's politics.

So, who is Gustavo Petro?

Gustavo Petro, 62, the new president-elect, is a former guerrilla fighter of the M19 rebel group and a leftist. He has been involved in Colombia's fight against corruption since a young age. He was only 17 years old when he joined the rebel group and spent more than a year in prison due to his involvement.

Following his release, Petro entered Colombian politics, serving as a senator, congressman, and, for a time, mayor of Bogota, Colombia's capital. He has always maintained his left-wing political beliefs. His ambition to become president has been present throughout his career. Indeed, his recent campaign represents the third time he has run for president.

He has been campaigning alongside his newly elected vice president, Francia Márquez. They promised during their campaign to address inequality by focusing on inclusion. This is one of Colombia’s most pressing issues, where more than half of the population lives in poverty.

Both Petro and Marquez went around Colombian society, reaching community after community and promising a new era. "What is coming here is real change, real change," Petro declared during his victory speech, “today is a party for the people.”

The fight for freedom

Right-wing governments have ruled Colombia for nearly a century. Presidents have always been conservatives, notorious for their corruption and favouritism toward the upper classes.

It is common knowledge that life has been difficult for the average Colombian. Petro was born into a society that was dissatisfied with the current system, with high levels of poverty and inequality. His campaign promised to combat these issues and create a new Colombia.

During his campaign, he intended to address these issues by raising taxes on unused land and providing free university education. His message was challenging to deliver because they had to hide it on Twitter and deliver it live on Facebook. During the protests, many supporters were arrested, and Petro had already called for their release.

Furthermore, the outgoing right-wing government has not focused on climate change and continues supporting the fossil fuel industry. Petro has stated that he will prioritise this by working on greenhouses and new alternative carbon-free energy projects that will provide more security for the planet.

As previously stated, Francia Marquez, a mother of two and a lawyer known for her fight against climate change, has been elected as Petro's vice president. In 2018, she was awarded the Premio Goldman for her efforts to protect the environment.

Marquez is an Afro-Colombian, which is one of Colombia's ethnic minorities. She has been fighting for the rights of her community and has gained their vote by supporting and advocating for them, making their voices heard.

Aside from inclusion, Marquez has stated that the war on drugs will be addressed. This war has been a looming presence in Colombia for decades. But, as Petro and Marquez have stated, we are here for a change, peace, love, and happiness.