How Did Britain Become The Great Britain? 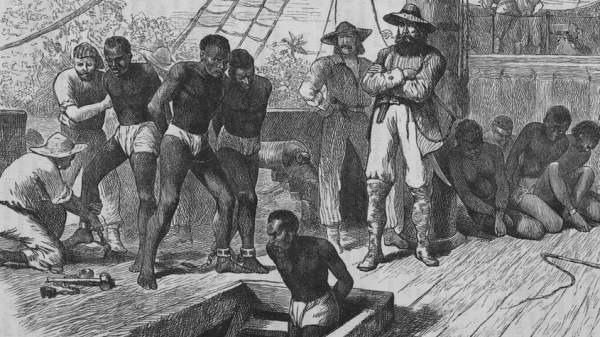 During the Duke and Duchess of Cambridge's Caribbean trip, protests erupted accusing the royal family of historically benefiting from the slave trade and the British Empire.

Astonishingly enough, Royalty comes with a price, and this time, it's slavery.

The royal family's ties can be traced back to the 16th century. In 1562, John Hawkins became the first known Englishman to transport enslaved Africans aboard a ship sanctioned by Elizabeth I. Slave Africans were bartered for goods like ginger and sugar. In 1564, Hawkins organized another voyage, during which Elizabeth I sponsored a ship. The Duke of York, afterward James II, founded the Royal African Company in 1660, with the support of his brother Charles II.

Between 1690 and 1807, 6 million enslaved Africans were transported from West Africa to the Americas on British or Anglo-American ships. The royal family and parliament defended the slave trade.

It is difficult to assess how much the current royal family's wealth is due to slavery. However, it is widely assumed that slave trade earnings funded the Treasury and Britain's industries, buildings, railways, roads, and parks.

According to Prof Corinne Fowler from the University of Leicester academic who specializes in Britain's colonial legacies, ''the royal family has a chance to demonstrate leadership by recognizing its involvement, issuing a formal apology, and openly asking what the family can do to begin to repair the damage." A first step toward moving forward "might be to declare that the Queen should no longer be the ceremonial head of state.”

It was intended to be a tour to commemorate the Queen's platinum jubilee, an opportunity to show the current face of the British monarchy to a region where republican enthusiasm is on the rise.

But, it did not work.

When the Duke and Duchess of Cambridge returned from their week-long tour of the Caribbean on Saturday, they reported that the trip may have expedited efforts to dethrone the Queen as head of state.

Calls for slavery reparations and the lingering rage of the Windrush affair followed them across Belize, Jamaica, and the Bahamas, overshadowing a journey aimed at strengthening the Commonwealth and deterring other countries from following Barbados' lead and becoming republics.

When the couple arrived in Belize, they were welcomed with demonstrations from villagers over a property issue involving a nonprofit that William supports. In Jamaica, the prime minister reminded them that the country was "moving on" toward becoming a Republic in an awkward meeting. A government panel in the Bahamas requested the royals make a "full and formal atonement for their crimes against humanity."

Reid went on to say that local newspapers have devoted significant column inches to the views of "a growing number of Jamaicans demanding the British monarch and British state apologize for and recognize their role in the abominable slave trade of years ago."

Although the palace has "taken a casual view" of countries deposing the Queen as head of state, "the British government has been less consistent about that," according to Philip Murphy, a University of London professor and former director of the Institute of Commonwealth Studies – ministers are thought to be anxious to preserve the Commonwealth's soft power benefits after Brexit.

Murphy cited the Black Lives Matter movement's increased emphasis on the relationship between colonialism and racial injustice and damage to the royals' reputations as a result of Meghan Markle's claims of racism and the British government as a result of the Windrush crisis. "All of these factors make staging this visit at this time politically extremely difficult."

Prof Trevor Burnard of the University of Hull's Wilberforce Institute for the Study of Slavery and Emancipation believes the royals should have gone prepared to directly acknowledge and apologize for the family's role in the slave trade, including through memorial visits to sites associated with slavery, such as Kingston harbor, to express sorrow rather than upbeat photo ops.

"They should acknowledge that members of the royal family, from Charles II to William IV, were involved in and supported slavery and the slave trade, and that this is part of their history."

Although a "silent minority" in Jamaica supported the Queen as head of state, there was "a tremendous deal of animosity and anger toward the monarchy," according to Cynthia Barrow-Giles, a University of the West Indies professor who has studied the British monarchy in the Caribbean. "[The visit] reeks of political opportunism and is frighteningly self-serving," she remarked.

Many Caribbean members of the Commonwealth are increasingly questioning its purpose, especially since they received little support during the pandemic, which devastated the Jamaican economy and kept 120,000 children out of school and is pointing to unequal access to vaccines, which has resulted in nearly 3,000 deaths on a three million-person island.