How Do Animal Shelters Survive Now In Ukraine? 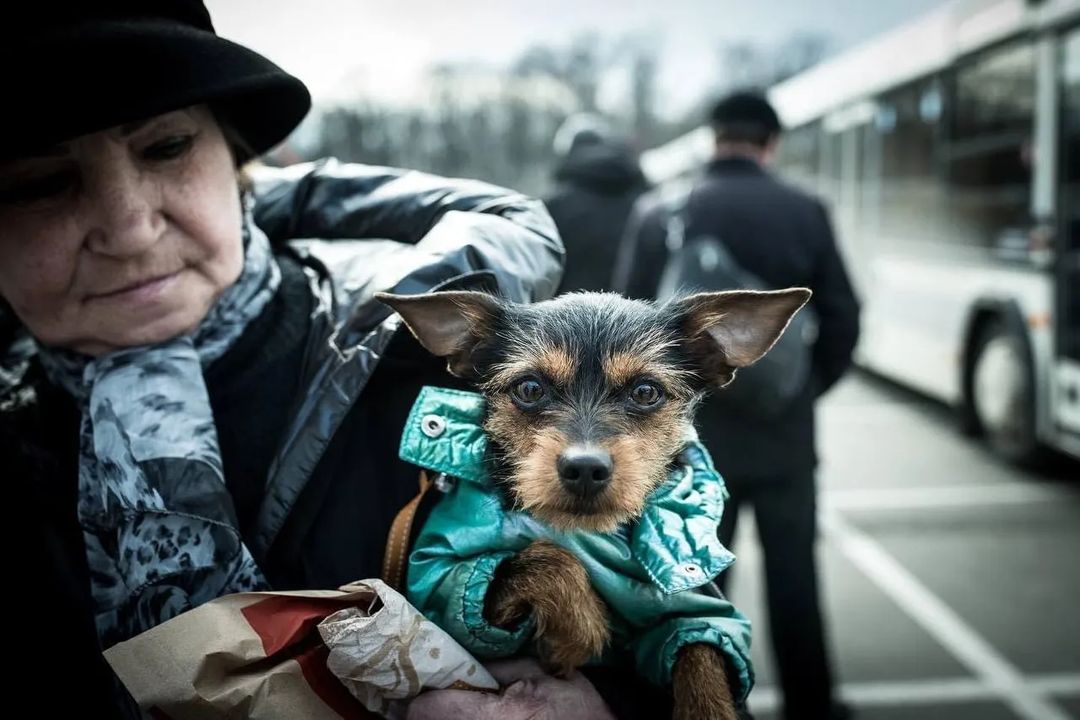 Russian military invasion in Ukraine still continues to escalate since February. This war destroyed not only the lives of people but also animals. People had to leave their pets behind. Zoos are left stranded without any supervision, and animal shelters are on the verge of survival. In the cities under attack, volunteers strive to save the homeless but face difficulties due to their presence in large numbers and food supply outages. Also, due to the limited space in buses and trains for evacuation, people become the priority.

Golstomel, a city near the capital Kyiv, was under Russian annexation for more than a month. Its animal shelter is the oldest in the country. It got established by Asya Serpinskaya in 1999. Her family worked for it and hosted 534 homeless dogs and 110 stray cats. Since the war started, the number of mentees increased twice. Despite the attacks, three volunteers were feeding and taking care of the animals every day. However, many dogs and horses got killed in the shooting between the forces. For several weeks the rest of the animals have strived for adequate food, drinking water, and suitable living temperatures.

As a consequence of a power outage, an electric pump for drinking water was not working. The staff had to collect rainwater for animals to survive. During the invasion, food supplies managed to reach the shelter only twice. There was no opportunity to evacuate the animals because of the constant shelling. The workers decided not to leave the shelter. They created a petition on Change.org to organize a "green corridor". Even though the petition got signed by more than 168 thousand people worldwide, the corridor could not open. The officials declared that due to the Constitution of Ukraine, “human life is the priority” and the safe passages are organized primarily for the population. They also stated that they share the will to save animals and would do everything possible to help the shelter.

During the occupation, international organizations expressed the desire to support animals with financial and humanitarian aid. Society for the Prevention of Cruelty to Animals granted ten thousand dollars for the reconstruction of the shelter. NGO Equestrio Foundation allocated 6.8 thousand euros as well. With these donations, the animal shelter will be able to build new enclosures, repair the destroyed parts of it and organize vaccinations for the new arrivals.

Borodianka is another city in Ukraine that became famous for its shelter homes during the war-time. Earlier in April, after the Russian troops left the Kyiv region, the volunteers of UAnimals managed to get into the Borodyansky shelter for the first time since the beginning of the war. The animals were locked in aviaries, and more than 200 dogs died. This dwelling suffered from the war, but the animals did not die from shelling or bombing. In fact, it was due to the lack of food and water. When the team of volunteers arrived, 263 animals were still alive. The dogs in the most severe conditions were evacuated first. Over the next few days, the others got rescued. “Most of them are no longer in a critical state, but 40 are under clinical observation”, says Agnia, representative of UAnimals. The charity fundraiser successfully gathered enough funds to provide medical assistance to the injured. The volunteers' plan includes helping with the transportation of animals abroad. Some of them already belong to families, waiting for the new members.

As the war continues, more shelters get destroyed, and animals die each day. Animal rights activists have not been able to those stranded on the territory of hostilities. Currently, it is difficult to estimate how many animals have starved to death in total during this military conflict. However, the entire ecological system is significantly in danger, and the consequences will be irreversible.