How Taliban Has Overturned UDHRC In Few Days! 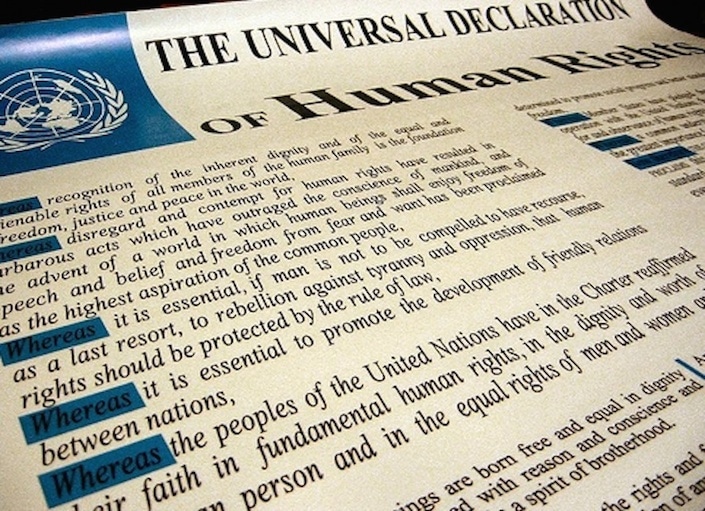 The recent dispute in Afghanistan has entered its 20th year and the Taliban has proved to continue it irrespective of peace treaties and promises until they exist. According to the UN Assistance Mission in Afghanistan (UNAMA), steps like closing the IMF assets in Afghanistan and many other pro steps are taken. But certainly, there are numerous major Human Rights are violated in Afghanistan. Let's have a quick look. Afghanistan's human rights violation might date back to the third generation (from 1945 to the present ). But Afghanistan yet needs the UN and other organisations like UDHRC, OIC, developed nations to stand up actively and save the innocent human population.

This article will concentrate on how recent mass infractions in the nation have led to innumerable human rights violations.

The very first two articles - Article 1 &2 address freedom which is erased since the Taliban began to capture Afghanistan. (Officially on 16 August 2021 )

It empowers humans with the right to life, liberty, and security of human which is brutally slaughtered by the Taliban. Women are compelled to wear/ remain in hijabs and not to step out often.According to - Afghanistan Independent Human Rights Commission (AIHRC), more than hundreds and still the steady killing of the population are going on irrespective of gender or nationality.

No one is to be liable for torture. No inhuman treatment or punishment should take place. However, the Taliban has its manners to kill - Anyone who disobeys the Taliban, dies in the streets - numerous trending events are starting from non-natives to citizens none was spared.

It expresses the right to obtain legal help and access the justice system when your rights are not respected but the Taliban constructed a regime in Afghanistan, where seeking justice is a utopia like an imaginary line of the equator.

It says there should be No arbitrary arrest/detention/exile for any crime. Homosexuality and cross or open dressing are major crimes under the Taliban, which was said to have been reduced by punishment or long prison sentences but presently it costs death as Afghanistan remains no more under the state sovereignty.

It accounts full equality to a reasonable and public hearing by an autonomous and equitable tribunal/ court in the decision of his rights and obligations can take action. No court in Afghanistan has dared to run trials since the terror of the Taliban thrashed the territory and even if it stands, the life of court members would be on a thin line.

Right to privacy and no interference in a family or individual matters. While every flowing article or news starts with " Taliban don't allow ", "Taliban not letting us" - Who is Taliban to interfere? The threat of violent supremacy reaching almost streets and houses of Afghanistan, crumbling women & children's rights, interference of Taliban in the sovereignty of Afghanistan, and restoring the flag of Afghanistan without nations will.

Right to freedom of movement - everyone has the right to leave or return to his own country. Taliban impeding the foreign community's return and the number of deaths in Kabul Airport and rescue of various migrants/non-natives is a shred of wide evidence. Along with that citizens of Afghanistan are living in hesitation - no security or guarantee lives no liberty to move. Especially women are threatened not to move without a hijab or in tight clothes. ( One woman has been murdered publicly due to wearing tight clothes.)   Also, Global Nations like Iran, Pakistan, Turkey, and EU countries continued to forcibly send migrants and asylum-seekers to Afghanistan during the initial time of Covid -19 causing massive poverty issues in Afghanistan.

Right to freedom of expression and opinions - this right generally comprises freedom to hold opinions without any interference and to investigate, collect and impart information through any media and regardless of borders. The following right has been brutally knocked by the Taliban when they thrashed two Afghan translators who worked for foreigners, shaved their heads, and stained their faces with black color.

Right to freedom of forming peaceful assembly or association. If under this liberty Taliban was allowed to construct their association then the violations under this article should not be tolerated.Additionally, the article states that no one may be compelled to belong to an association- wherever on persuasive means Taliban's clasp on teaching religious stand and psychological means can be considered as compelling people to join the Taliban.

The will of the people should be the rationale of the government authority, this shall be expressed in systematic through legitimate elections which shall carry equality - equal votes, which is evidently not followed in Afghanistan, since President Ashraf Ghani fled - the citizens were not even provided an option to choose their leader instead were captured authoritatively by the violence of Taliban.

As a member of the global community, everyone has the right to social security along with economic, social, and cultural rights crucially for his dignity and the free development of his personality. Which was poorly declined by the Taliban - there is no social security, no space for dignity or free development as the existence is seized by violence and authoritativeness.

Everyone has the right to a healthy life, standard living, and well-being of one's family, including food, clothing, residence, and essential social assistance, and more - where poor health care service was already existing in Afghanistan when covid-19 surged like fire. Afghanistan’s weak health care infrastructure was overwhelmed across the country and yet it continues without any fear of hundreds of lives.Additionally, children are continued to be enlisted for combat practices, particularly by armed groups and the Afghan security forces – pro-government militias and local police – and faced numerous abuses, including sexual abuse.

Concept of Bacha Bazi - Some children face brutal abuses and sexual violence, which are even well-publicized under the Taliban, is known as Bacha Bazi.

The right to education was established in 2001 and the Afghan Independent Human Rights Commission (AIHRC) as a national human rights institution to protect and boost human rights and to investigate further human rights abuses and war/ crimes. While due to the intervention of the Taliban, their signal was inclining on denial of girls education - past the age of 12 along with further studies and ban from employment.

There was clearly no accountability for all these crimes as impunity prevailed. While the population is continuing to face the consequences of violence and Taliban supremacy.