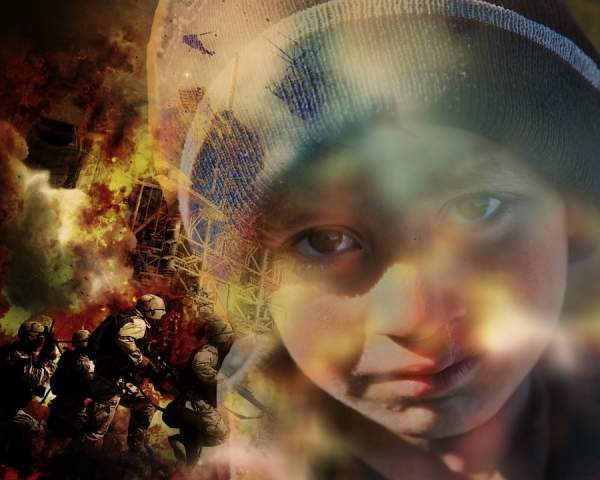 In recent years, the United States has been questioned about the way it treats its citizenry and foreigners. After all, the US is meant to be the land of the free and the home of the brave. Yet, in recent years, police brutality is on the rise and undocumented immigrant children have been locked up at the border. Trump supporters have attacked and accosted people at beaches, pointed guns at protesters, and have run over protestors. Healthcare is considered unaffordable, police brutality is widespread and policies toward immigration create further concerns about the treatment of immigrants on the US-Mexico border. All of this has brought questions up in the minds of many that the US is not as free as it seems, and yet one must look at some of the biggest human rights offenses the US has committed to understand the scope of human rights violations that may be occurring in the US.

One of the most prominent human rights violations and perhaps the most notable is the police brutality against African-Americans. According to CBS News, ever since the death of George Floyd, more and more people have become aware of the fact that police brutality is a serious issue that African-Americans face whenever they encounter law enforcement. And yet, it continues to be a problem that plagues the nation. No major US policies have been adopted to combat the issue despite massive protests and the Democratic Party’s push to do so. Even now when the Democratic Party has the majority in Senate, the House, and control over the White House, little has been done. And while Democrats often blamed the Republican majority in the Senate and Trump during the time of his presidency, they no longer have any excuses to hide behind. According to CNN, African-Americans continued to be the victims of police brutality at larger rates than their Caucasian counterparts. And while the BLM movement has largely been quieter since Biden’s election, nothing has been done on the federal government level to ensure that everyday citizens are not going to be victims of the people they depend on to guard and help them whenever they dial 911.

Of course, another big human rights violation in the US is its for-profit healthcare system which has left many struggling to pay medical bills that they cannot afford. Medical debt is quickly becoming one of the largest debts average Americans have, according to HealthPocket. Some people even take to fundraiser sites such as GoFundMe to help raise sufficient funds to pay off their medical debts, according to Yahoo. Of course, it is not a reliable way to raise funds and some may even say that people should not have to turn to the generosity of others to help them with medical expenses. And yet, this is the reality for working-class Americans who can’t afford regular doctor’s visits and surgery to treat life-threatening medical conditions. In recent years, there have been activists, largely from the left but also a small minority on the right, that have called for a single-payer healthcare system to lower the burden of medical costs on the average American. However, despite the Democratic majority in Congress, no measures have been implemented. And of course, another big violation of human rights has been the position the US has taken on the War on Drugs.

This is perhaps one of the largest crimes the federal government has done against its own citizenry.  During the era of the War on Drugs, police targeted drug suppliers on the borders and in their own country. They also jailed drug users. However, what the federal government failed to do was to help drug addicts get off the drugs they were using. Instead, the response to the people who were on these addictive substances was to shame them, humiliate them, isolate them from their families, and jail them. This only further exacerbated the problem, as people tend to turn to drugs whenever they are going through turbulent times in their life. While police and American society thought they were doing a favor by isolating drug addicts away from their families and jailing them, the laws and attitude surrounding drug use in America only made matters worse for the people they tried to help. The approach is still very similar, as whenever police encounter drug-related offenders, they arrest them and book them according to the law. Rehabs are at the expense of drug addicts, some of whom might not be able to afford the treatment in the first place. There are no resources offered by the federal government devoted to help people suffering from drug addiction. Often, the US media demonizes these people instead of treating them like the ordinary people they are. Even though advocates have been shouting suggestions at the federal government, and much of their suggestions have gained public approval, the US government has still not passed any measures to combat drug addiction, opting instead to use the ineffective solutions presented by the government decades ago.

These are just some of the problems that exist in the US and much of it stems from lack of access to healthcare and of course, racism, a word that Americans often react to negatively when brought up in casual conversations. Solutions to these problems exist and some of them have been even implemented in other countries. According to FactCheck.org, both England and Canada have low-cost or free healthcare. Solutions to the drug crisis such as decriminalization and safe injections have been tried in several states and counties but never on a country-wide scale. According to APA, solutions to police brutality such as more efficient training for police and building relationships with the community the police serve have been implemented in many US counties but again not on a countrywide scale. So far, nothing has been done to solve the mistreatment of immigrants as many US citizens look down upon undocumented foreigners.

And yet if the US does not solve its problems, it will continue to be seen as a nation of hypocrisy and disorder by its allies. What was once a country that spearheaded democracy and led the world to victory in World War II has seemingly taken a back seat in recent years. Indeed, it seems that the world is looking for a new free-world leader. Some have even stated that if Ukraine wins the war against Russia, the position might be taken by President Zelenskyy, as suggested in a Youtube Video in which Zelenskyy’s own secretary of state calls him so. Others have looked at West Europe to lead the way with many people eyeing French President Macron, according to Politico.  Americans themselves have become more and more disgruntled with their government which may explain why so many US citizens involved in politics lately have been turning to the left and right-wing extremism. The US has problems, and instead of trying to pretend they do not exist, the US federal government must acknowledge them.