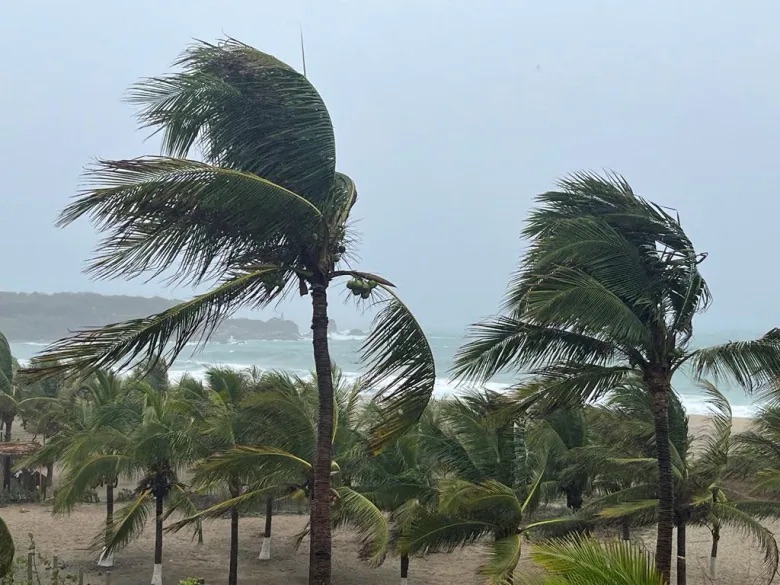 As the 2022 hurricane season begins, Southern Mexico feels the devastating effects of hurricane Agatha as it rips through several towns and popular tourist attractions.

Agatha became the first hurricane of the 2022 season Sunday after making landfall just west of Puerto Angel, Mexico. Near Puerto Angel is the beach town of Zipolite, which experienced harsh wind, heavy rain, and big waves Sunday night.The Atlantic hurricane season typically runs from June 1 to November 30. During that time, meteorologists closely watch the Atlantic basin, including the Atlantic Ocean, Caribbean Sea, and the Gulf of Mexico. An average Atlantic hurricane season has 14 named storms, including seven hurricanes and three major hurricanes. The first named storm typically forms in mid to late June, and the first hurricane tends to begin in early to mid-August.

However, the first notable hurricane forms in late August or early September.

The U.S. National Hurricane Center said the storm was expected to drop 10 to 16 inches of rain on parts of Oaxaca and predicted a maximum of 20 inches of rainfall. This poses a threat to flash floods and mudslides.

Late Monday morning, Agatha continued to move towards the area near Puerto Escondido and Puerto Angel in the southern state of Oaxaca.

National emergency officials said they had assembled a task force of more than 9,300 people for the area to save millions of lives. Also, more than 200 shelters were opened as forecasters warned of dangerous storm surges and flooding from heavy rains.

AccuWeather meteorologists said that if Agatha crosses Mexico and enters the Bay of Campeche in the next few days, it could redevelop into the Atlantic basin’s first named storm.

Jeff Masters, a meteorologist with Yale Climate Connections and the founder of Weather Underground, said Agatha is the strongest hurricane to make landfall in May in the eastern Pacific. In addition, hurricane Agatha was the earliest first hurricane in the east of North Pacific since 2015, said Phil Klotzbach, a research scientist at Colorado State University, wrote on Twitter.

Masters said via email that the region’s hurricanes typically get their start from tropical waves coming off the coast of Africa. However, he was unsure if a tropical wave kicked off Agatha, areas of low pressure that move across the tropics.