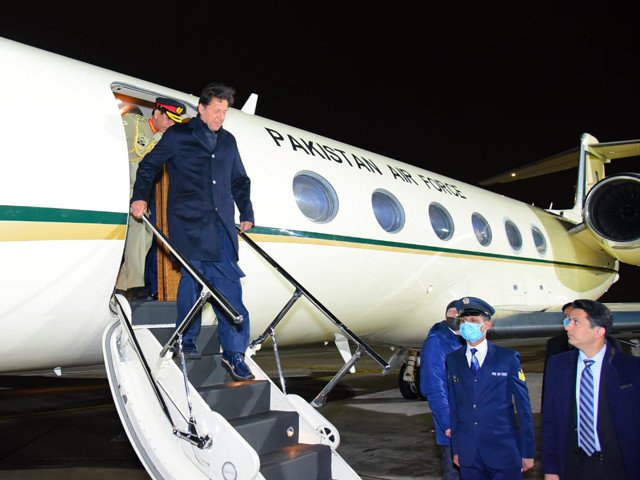 During the four-day visit, the former swing bowler once again confirmed the "one China" policy and Beijing's claims to the South China Sea. In a 2013 speech, he opposed the West and defended China's Belt and Road Initiative, which President Xi Jinping described as part of a community of shared destiny.

Today, when the US-led west has slammed the Russian intervention in two breakaway mini-republics in Ukraine and China has not come out in open support of Moscow, Prime Minister Imran Khan is scheduled to go on a two-day trip to meet with the President of Russia, Vladimir Putin. This trip is likely to further strain relations between the two countries.

It will be interesting to watch how Pakistan Prime Minister Imran Khan, notorious for his swinging cricket bat in both directions, maneuvers at Ukrainian minefield diplomatically in Moscow with all Western eyes on the Pakistani leader. The last Prime Minister of Pakistan to visit Russia was Nawaz Sharif in March 1999, on the eve of the Kargil War.

While Niazi tried to put the visit aside by saying it was resolved before the Ukraine crisis, the Pakistani leader could find himself between a rock and a hard place as the entire Western bloc will be very unfriendly if he ends up justifying President Putin's Ukraine Gambit.

Since Prime Minister Park's criticism of the Russian move is out of the question, he will walk the brink throughout the trip and will try to avoid a reference to the Ukraine crisis in the joint statement. For the record, the focus will be on the humanitarian crisis in Afghanistan and the recognition of the Islamist Taliban government occupying Kabul since the US-led forces departed hastily on August 15, 2021.

Even though the Pakistani Deep State is now the power behind the Taliban and the anti-Soviet jihad in the 1980s, Rawalpindi's policy in Afghanistan has been shaken by the ISI's preference for the Haqqani Network terrorist group over the Kandahar faction of the ultra-conservatives. Sunni forces.

While the Pakistani Prime Minister is expected to be accompanied by senior members of his Cabinet, the two sides are expected to discuss economic and defense cooperation, with Islamabad looking for funding for its infrastructure projects. Moscow has supplied Pakistan with military helicopters and is backing its JF-17 fighter jets with Russian RD-93 engines sold to China.