In Abu Dhabi, two Indians were murdered by a suspected Houthi drone attack 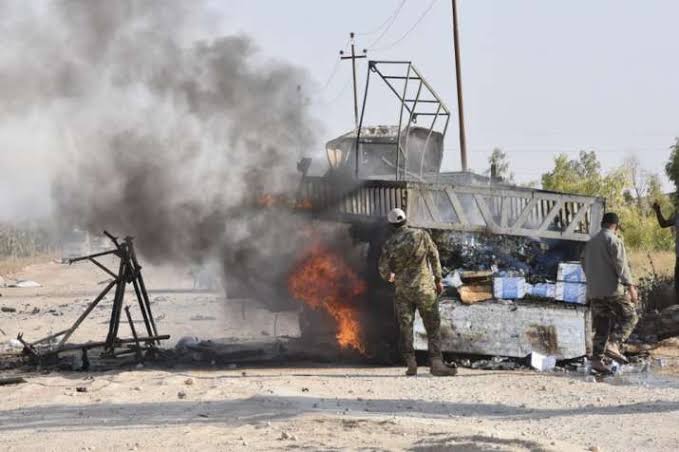 Three individuals were killed in explosions and flames that followed a drone strike by Yemen's Houthi rebels at Abu Dhabi in the United Arab Emirates.

Two Indians and a Pakistani national were massacred and six others were injured in a fire that produced an explosion in three petroleum transport tankers near ADNOC's storage tanks in Abu Dhabi's Industrial City. This was reported according to state-run Emirates News Agency WAM. It was also appreciated by Abu Dhabi Police.

Another fire broke out in the Abu Dhabi International Airport's new construction section. Both flames had been put out by the afternoon, according to police.

"Exploratory investigations show that small flying objects, probably belonging to drones that dropped in the two sites, were the source of the fires," WAM claimed without going into detail.

According to the Indian embassy in Abu Dhabi, UAE officials notified the Indian side about the deaths of two Indian nationals.

The UAE officials confirmed that a blast took place near the ADNOC's storage tanks in Mussafah, which resulted in three injuries, including two Indian citizens. In a tweet, the embassy stated, "The Embassy @IndembAbuDhabi is in close contact with responsible UAE officials for detailed information."

Yahia Sarei, a spokesperson for the Houthi military, claimed the organization has started an offensive deep into the UAE.

The incident in Abu Dhabi comes a little over a week after Houthi rebels in the Red Sea hijacked the UAE-flagged boat Rwabee, which had 11 crew members on board, amongst which seven of them were Indian citizens. On January 11, India and the United Arab Emirates requested the crew members' immediate release.

Since Houthi rebels took the capital Sanaa in 2014, Yemen saw heavy combat. The United Arab Emirates is a participant of the Saudi-led alliance that engaged in 2015 to support the government.

The alliance has launched operations against the Houthi rebels, who are encouraged by Iran. Even though the UAE has fewer forces on the ground, it persists to back forces battling the Houthis and works with the US to combat terrorism in Yemen.

India to establish the first IIT abroad in UAE