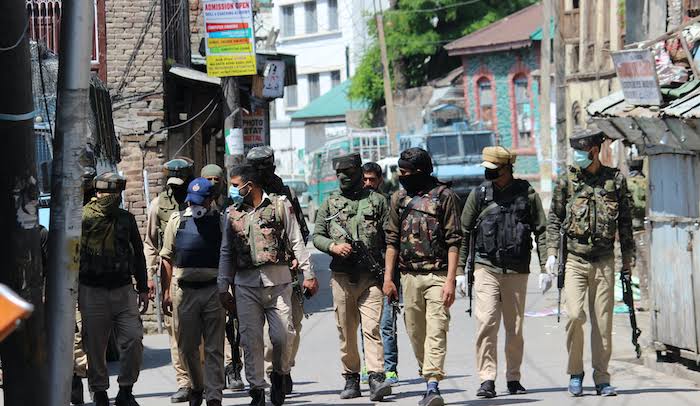 In response to a query at a joint press conference with Pakistan's Foreign Minister Bilawal Bhutto on Friday in Bonn, German Foreign Minister Annalena Baerbock called for "the engagement of the United Nations" in the situation in Jammu and Kashmir. It drew strong criticism from the government. According to the Ministry of External Affairs (MEA), such remarks are a "grave injustice" to terrorism victims.

In her remarks, Ms. Baerbock stated that Germany supports the United Nations' efforts to settle the Kashmir dispute. She also praised the February 2021 ceasefire along the LoC and called for "political dialogue" between India and Pakistan.

"Germany has a responsibility and a role in the Kashmir crisis. Therefore, we strongly support the United Nations' efforts to find peaceful solutions in the area," Ms. Baerbock stated following their private talks in the German capital. He claimed to have brought up the Kashmir issue.

There are tensions, as [Mr. Bhutto] stated. Therefore we encourage Pakistan and India to follow the ceasefire, the United Nations' lead, and to step up political engagement and regional political and practical collaboration, she continued.

The MEA spokeswoman Arindam Bagchi responded angrily to the language of Ms. Baerbock's remarks on Saturday, saying that it was the "duty and responsibility" of every "serious and conscientious member of the world community" to denounce global, transnational terrorism.

"This terrorist campaign has been focused primarily Indian Union Territory of Jammu and Kashmir for many years. The ongoing trial of the Pakistan-based terrorists responsible for the Mumbai 26/11 attacks was mentioned by Mr. Bagchi. "States hinder rather than advance the cause of peace when they fail to recognize such dangers, whether out of self-interest or apathy. They also severely mistreat terrorism victims, he continued.

In agreement with Ms. Baerbock regarding the U.N.'s function, Mr. Bhutto asserted that a "peaceful resolution of the Jammu and Kashmir dispute, U.N. resolutions, following the international following for the stability of South Asia. He even attempted to draw a comparison between "unilateral actions in Ukraine" and "unilateral actions in Kashmir" about the government's August 2019 State regulations.

The remarks come a day after Home Minister Amit Shah's speech in Baramullah, Kashmir, in which he ruled out talks with Pakistan and declared that the Modi government would only speak to "the people of Kashmir."

Earlier this week, New Delhi had also expressed disapproval to Washington regarding the visit of the American ambassador to Pakistan, Muzaffarabad, and the United States. The term "AzaadJammu Kashmir" refers to the region under Pakistani occupation, indicating concern within the government regarding international references to the Kashmir dispute. Ms. Baerbock also discussed the necessity of ensuring that "human rights are being guaranteed" in Jammu and Kashmir when she visited Islamabad in June. India rejects the U.N.'s role in this region. At the time, the MEA had not reacted to the comments.

India added that the Financial Action Task Force and the U.N. Security Council are still looking for the terrorists who carried out the 26/11 attacks in Pakistan. "States hinder rather than advance the cause of peace when they fail to recognize such dangers, whether out of self-interest or indifference," Bagchi continued.

Without a peaceful resolution of the Jammu and Kashmir dispute under U.N. resolutions and international law, Zardari continued, "I stress that peace in South Asia is not feasible."

Even so, India has insisted that Pakistan and India are the only parties involved in the dispute over Kashmir.