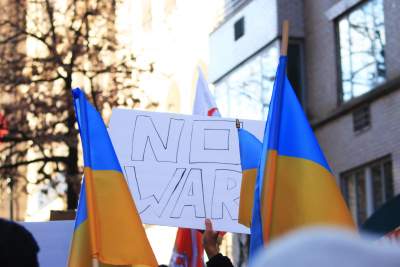 Prime Minister Modi on Monday sought to mediate between Russia and Ukraine in direction of ending the conflict that has amounted to become a humanitarian crisis, reports highlighted.

Ukrainian President Volodymyr Zelenskyy was reported to have briefed Modi about the conflict and negotiations with Russia when Modi spoke to him to thank him for his assistance in evacuating Indian students.

Russian President, Vladimir Putin on the other hand too has assured Modi for cooperation in evacuating Indian students from the war-torn country. An Economic Times report highlighted, “The two leaders discussed the evolving situation in Ukraine…Prime Minister Modi urged President Putin to hold direct talks with President Zelenskyy of Ukraine, in addition to the ongoing negotiations between their teams”.

The Russian government statement also underlined, “Narendra Modi indicated his readiness to provide any possible assistance in order to resolve the conflict as soon as possible”.

Prospects of India Mediating between Russia and Ukraine

International opinions and experts highlight that India is one among the most suited to work as a mediator to this crisis. As the war was still breaking out, Ukrainian Ambassador to India, Igor Polikha had highlighted, “India is an influential global player. I am asking and pleading for Indian support…India has a privileged partnership with Russia”. He added, “Your Prime Minister can address Mr. Putin and our (Ukrainian) President. India has played a peacekeeping role (in the past). I am asking for the strong voice of India to stop the war”.

If at all India acts as a mediator, it will give New Delhi an opportunity to be at the centre stage of global diplomacy.

Further, experts opine that the longer the war continues, the worse it is for Indian interest. It has the potential to affect the Indian economy and food security adversely. Further, New Delhi will get “less wiggle room” to balance its friends on both sides. Thus, if India could mediate and help in diffusing the crisis, it will help its strategic interests, opines Happymon Jacob, Associate Professor at the School of International Studies, Jawaharlal Nehru University.

Some critics highlight that India still is not a country materially powerful enough to get both sides to agree to certain terms and conditions. However, others like Jacob, opine that this criticism fails to take into consideration that several smaller states have been at the forefront of conflict mediation around the world.

Ukrainian Foreign Minister Dmytro Kuleba had urged India to “reach out” to Putin to stop the war in light of the “special relations” between India and Russia.

Further, India’s constant maintenance of a diplomatically neutral standpoint and abstaining from the UN Security Council resolution deploring Russia’s ‘aggression’ against Ukraine, has placed New Delhi in a comparatively better position with Moscow. The latter also praised the former for its “independent and balanced position”.

India and Russia have been close partners for decades, with bilateral trades standing at $9.4 billion this fiscal year.

India is also quite considerably close to the West, which makes it difficult for India to choose sides.

A report by The Print highlighted that other countries have also urged India to ‘leverage’ its close ties with Russia to push Putin to hold direct talks and find a solution to “end the war”.

A statement issued by the Prime Minister’s office on Monday said, “Prime Minister Modi welcomed the ongoing negotiations between Russia and Ukraine and expressed hope that they would lead to cessation of the conflict. He suggested that a direct conversation between President Putin and President Zelenskyy may greatly assist the ongoing peace efforts”.

At present, Israel is acting as a mediator between the countries. The situation still stands at an uncertain point, and whether India will actually mediate or not is a matter that will reveal itself with time.