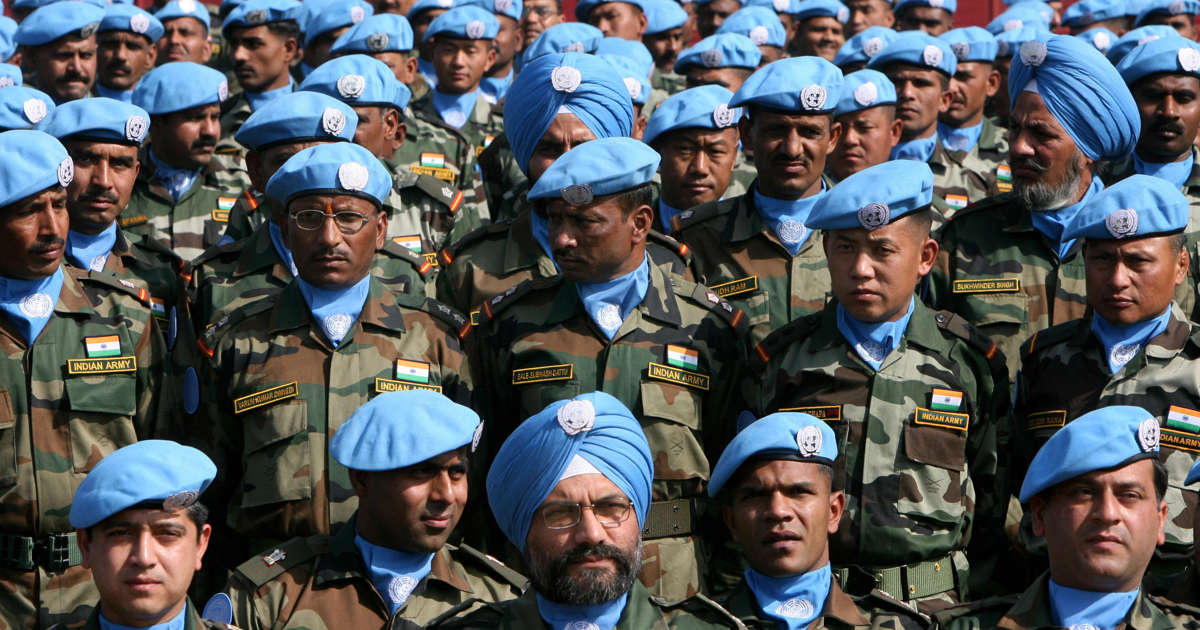 UN Peacekeeping helps countries navigate through a difficult path from conflict to peace. They have a unique strength, including legitimacy, burden sharing and an ability to deploy troops and police from around the world, integrating them with civilian peacekeepers to address a range of mandates set by the UN Security Council and General Assembly.

Peacekeeping, however, is political and its success depends on active and sustainable political processes or the real prospect of a peace process. Peacekeeping cannot substitute for the political will and determination of the parties to end the conflict and protect their people, nor the host state's sovereign responsibilities. The Security Council has a vital role in securing this commitment and cooperation while providing missions with realistic and clear mandates. Peacekeepers protect civilians, actively prevent conflict, reduce violence, strengthen security and empower national authorities to assume these responsibilities. This requires coherent security and peacebuilding strategy that supports the political strategy. UN peacekeeping helps host countries to become more resilient to conflict, laying down the groundwork to sustain long-term peace, including by addressing root causes of conflict.

On 9th July 2011, South Sudan became the newest country in the world. The birth of the Republic of South Sudan is the culmination of a six-year peace process that began with the signing of the Comprehensive Peace Agreement (CPA) in 2005.

With the signing of the Comprehensive Peace Agreement (CPA) in 2005 and the culmination of a six-year peace process, South Sudan came into existence - with further adoption of Resolution 1996 (2011) by the UN Security Council on 9th July 2011. During this phase, the situation in South Sudan was seen as a threat to international peace and security (UNMISS Report, 2011). Thereafter, the UN Mission in the Republic of South Sudan (UNMISS) was established to consolidate peace, security and help the established conditions for development. After the oil crisis, which broke out in South Sudan in December 2013, the UNSC by its resolution 2155 (2014) of 27 May 2014, reinforced UNMISS. The mandate towards examining human rights, protection of citizens, delivering assistance for humanitarian support and the implementation of the Cessation of Hostilities Agreement was brought in order. The UNMISS is also the newest UN Peacekeeping Mission of South Sudan (UNSC Resolution, 2014). Since December 2016, the UNMISS is headed by the Special Representative of the Secretary-General David Shearer. As of August 2017, it is composed of 17,140 total personnel with the headquarter in Juba.

The UNMISS directives include:

South Sudan is blessed with abundant resources like minerals, oil and water. However, these very resources have also fueled conflicts and kept the country at war for many years, even before the independence of Sudan. Additionally, the country has glimpsed poor governance with weak institutions for a long time. Hence, the two main reasons that cause instability in South Sudan are: firstly, the problem of oil and weak institutions; and secondly, the chaos of liberation as the transition from the liberation movement to the governing phase has been difficult and chaotic which further resulted in weak institutions in the country. South Sudan has also been crushed by corruption. To make matters worse there is a growing insurgency accompanied by ethnic clashes which led to political instability.

To maintain peace in various parts of the world, India has constantly provided commanders, armed military contingents, military observers and staff officers during UN peacekeeping operations. To date, India has deployed 2392 peacekeepers in UNMISS, which are stationed in the two of the largest regions of South Sudan - Jonglei and the Upper Nile. Several welfare initiatives are being taken up by the Indian contingent such as conducting medical camps, building roads, etc; which were highly appreciated by the local population.

The Indian peacekeepers of UNMISS, deployed in the Jonglei region were acknowledged for their contribution in providing a safe and secure environment for 2,5000 civilians in October 2017. Fifty peacekeepers were presented with awards by the UNMISS Force Commander Gen. Frank Kamanzi. The local government of the region also paid tribute to the Indian troops for their commitment to the protection of civilians and maintaining peace in the conflict-ridden country. Their efforts played an important role in keeping the community safe and secure, as they had also provided much-needed support to the community outside of their core mandate, such as medical care for residents and support for local farmers.

A significant number of Indian soldiers have been injured and lost their lives since the beginning of the civil war in South Sudan. The Indian deployment largely constitutes medical corps, engineering units and supply corps which have been crucial to an ongoing mission in a new country with almost no existing infrastructure. However, given the nature of the conflict, Indian soldiers have not shied away from robust peacekeeping and have also played an important role in protecting the mass of civilians fleeing from violence.

India is committed to assist the UN in the maintenance of international peace and security with a proud history of UN peacekeeping dating back to its inception. India has contributed many efficient troops to the UN and has taken part in several important peace-keeping missions. Their contribution exceeds 180,000 troops and a significant number of police personnel have been deployed too. India has been one of the largest troop contributors to the UN missions and it has also provided and continues to provide eminent Force Commanders for UN Missions.

India's unique combination of being the largest democracy in the world with a strong tradition of respect for the rule of law and a successful experience in nation-building makes it particularly relevant in the contest of the twenty-first-century peace process. In South Sudan, India enjoys a certain amount of goodwill because of both its support of the burgeoning state and the presence of Indian peace-keeping forces in the country.